GET NEWS AND ARTICLES IN YOUR INBOXPrint
A
A
Home | Mises Library | Yuri Maltsev: Socialism, Fascism, and Trumpism 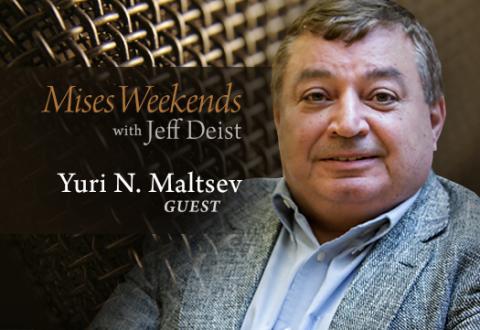 In honor of the 24th anniversary of the Soviet Union's collapse, our guest this weekend is our old friend Dr. Yuri Maltsez, a senior fellow here at the Mises Institute and a professor of Economics at Carthage College in Kenosha, Wisconsin. Yuri is famous for having been a Soviet economist during the Gorbachev era and defecting to the United States.

Yuri N. Maltsev (1950–2023), Senior Fellow of the Mises Institute and professor of economics at Carthage College, worked as an economist on Mikhail Gorbachev's economic reform team before defecting to the United States in 1989. He testified before the US Congress and appeared on CNN, PBS News Hour, C-Span, CBC, and other American, Canadian, Spanish, South African, and Finnish television and radio programs. He authored and co-authored fifteen books and numerous articles. He was a recipient of the Luminary Award of the Free Market Foundation.