Will the American Economy Survive in 2018? | Mises Institute
Skip to main content

GET NEWS AND ARTICLES IN YOUR INBOXPrint
A
A
Home | Mises Library | Will the American Economy Survive in 2018? 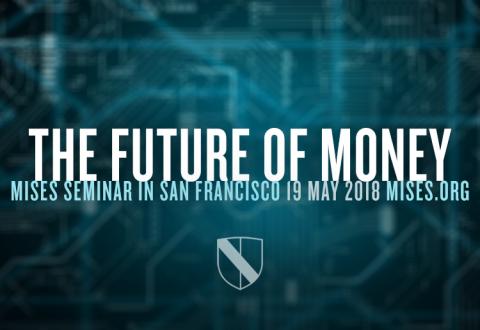 Patrick Byrne on how blockchain technology is a revolutionary force that will democratize stock markets and help secure property titles for un-banked people around the world.

In 2001, Byrne began Worldstock Fair Trade, an Overstock.com division selling handcrafted products from artisans in developing nations. Worldstock profits have been donated to fund philanthropic projects, including building 26 self-sustaining schools across Asia and Africa educating thousands of students. Byrne also created the Main Street Revolution marketplace for small American entrepreneurs, a pet adoption service that has connected people with 75,000 pets in less than two years, and Farmers Market which now makes fresh, locally grown produce available to 45% of the US population.

In 2010, Forbes magazine named Overstock.com the No. 9 Best Company to Work for in the Country, and Byrne the CEO with the highest employee approval rating (92%). In 2011, Ernst & Young gave Byrne its National Entrepreneur of the Year Award. In 2014, Overstock.com was named one of the Most Trustworthy Companies in America by Forbes/MSCI ESG Research.

A “classical liberal,” Byrne believes that our nation’s success depends on education and capital markets. Since Milton Friedman’s passing in 2006, Byrne has served as chairman of the Friedman Foundation for Educational Choice (now “EdChoice”), an organization leading the national push for school choice. Toward the goal of clean capital markets, in 2004 Byrne began a vigorous citizen-journalist campaign focusing on regulatory capture, hedge fund mischief, settlement system failures, systemic risk, and the possibility of economic warfare against the US by organized crime and foreign governments. His stance caught the attention of Wall Street analysts and reporters, becoming a point of high controversy until the crash of 2008, occasioned by many of the things of which Byrne had warned. Byrne's website DeepCapture.com subsequently received much recognition, such as Weblogs Award "Best Business Blog" (2008), Business Pundit's "Best Business Investigative Journalism" (2009), and Xmark's "Top Site on Corruption in the USA" (2010).

In 2012, when no firm of $1 million in revenue yet accepted bitcoin as a payment method, Byrne’s pro-freedom political orientation led him to decide that Overstock.com, then with $1.4 billion in revenue, should accept the digital currency. Having gained familiarity with blockchain technology at the heart of digital currencies such as bitcoin, Byrne created Medici Ventures, a subsidiary within Overstock.com building blockchain-based financial technology solutions. In 2015, Byrne used Medici’s t0.com securities trading platform to become the first person to purchase a digital bond entirely on the bitcoin blockchain. Byrne made history again in Dec 2016, when Overstock.com issued the first shares ever traded on an alternative trading system (ATS) utilizing distributed ledger technology.

Byrne received a bachelor’s degree in philosophy and Asian studies from Dartmouth College, a master’s in philosophy from Cambridge University as a Marshall Scholar, and a doctorate in philosophy from Stanford University. Having taught at the university level, he is a frequent guest lecturer discussing internet commerce, capital markets, Wall Street practices, education, leadership and ethics.

Patrick Byrne discusses the historical origins of liberty and explains the greatest threats to it today.

Patrick Byrne discusses Austrian theory and the blockchain, and what it means for the eventual demise of government...