GET NEWS AND ARTICLES IN YOUR INBOXPrint
A
A
Home | Mises Library | Murray Rothbard: The Godfather of Libertarianism

Murray Rothbard: The Godfather of Libertarianism 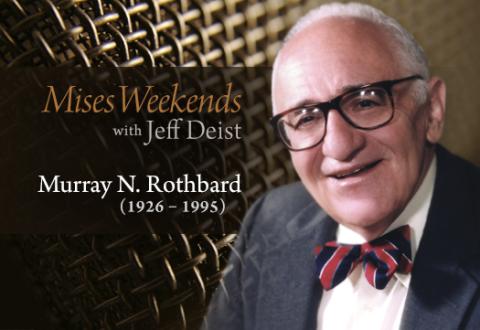 The late Murray Rothbard is in many ways the godfather of the modern libertarian movement, starting with the publication of his great tract Man, Economy, and State, back in 1962. And of course, Rothbard played an instrumental role in helping Lew Rockwell get the Mises Institute off the ground.

This weekend's show features a great panel discussion about Murray—not just the economist and the intellectual scholar, but also Murray the man. The panel features David Gordon, Walter Block, and Joe Salerno—all three of whom worked with Murray, and knew him personally for many, many years prior to his death in 1995.

So, if you're a fan of Rothbard, I guarantee you will enjoy this free-wheeling discussion of what Murray was like not just as an intellectual and a scholar, but also as a person.

Could Gold Discoveries Cause the Austrian Boom-Bust Cycle?

Could new gold discoveries cause a (small) boom-bust cycle if the gold hit the loan market before other sectors?...