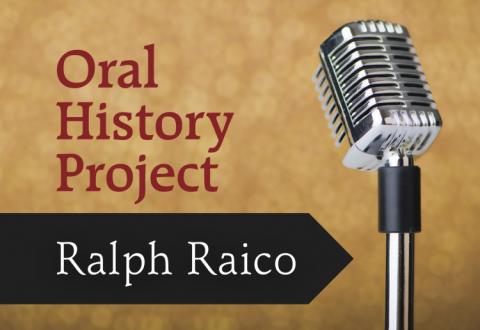 On February 20, 2013, David Gordon, Lew Rockwell, and Joe Salerno spoke extensively with the foremost historian of classical liberalism, Ralph Raico, about his life and career, including insights into the views and personalities of Ayn Rand, F.A. Hayek, and Murray Rothbard.

Raico grew up in the Bronx, but in contrast with the leftist views common in his family’s apartment building and neighborhood, he acquired from an early age a sympathetic grasp of the isolationist wing of the Republican Party. In high school, he joined Youth for Taft, where he encountered George Reisman. While still in high school, Raico and Reisman became interested in Mises, and Raico describes their hilarious attempt to meet Mises, in the guise of door-to-door salesmen for The Freeman.

The attempt failed, but they soon were able to join Mises’s famous seminar at New York University. Here Raico met someone who became one of the dominant intellectual influences on his life — Murray Rothbard. The incredible range of Rothbard’s scholarship, as well as his enthusiasm and humor, impressed Raico deeply. Rothbard was the first person Raico had met who defended "a fully voluntary society — nudge, nudge."

Raico, along with Reisman, Ronald Hamowy, and several others, became members of the Circle Bastiat and met regularly with Rothbard. When Ayn Rand’s Atlas Shrugged appeared in 1957, Rothbard and his followers met for a while with Rand and her group, "The Collective," but Rothbard and the Randians soon clashed. He refused their demand that he divorce his wife Joey, who had committed the unpardonable sin of being a Christian.

Raico did his graduate work at the Committee on Social Thought of the University of Chicago, with Friedrich Hayek as his major professor. He found Hayek "more interested in his own research than teaching" and, although friendly, somewhat remote. While at Chicago, he founded the New Individualist Review, which became one of the best of all classical-liberal journals. He was able to attract such luminaries as Hayek and Milton Friedman to contribute.

Listeners to the recording will catch the nostalgia Raico feels for his first teaching position at Wabash College; the quality of the students there was never matched in his later career at Buffalo State College. Raico also describes his many trips to Europe, and listeners will especially enjoy his account of the Gaudi buildings in Barcelona. While in Europe, he lectured widely. Raico became the foremost expert on the history of nineteenth-century German liberalism and published Classical Liberalism and the Austrian School.

Like Rothbard, Raico has been very closely associated with the Mises Institute. The recording conveys a clear impression of Raico’s intelligence and wit. Listening to it is almost like meeting Ralph Raico in person.

Ralph Raico (1936–2016) was professor emeritus in European history at Buffalo State College and a...

Here is the book to learn classical liberalism from the ground up, written by the foremost historian in the Austrian...