GET NEWS AND ARTICLES IN YOUR INBOXPrint
A
A
Home | Mises Library | Chris Calton: Historical Controversies 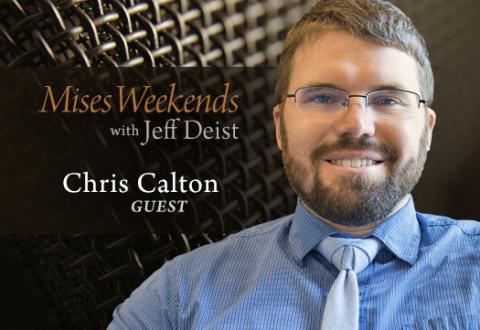 For this week's Mises Weekends, we're excited to share the first episode of a new Mises Institute podcast, Historical Controversies. Hosted by Chris Calton, a Mises Fellow, Historical Controversies is a series that applies a Rothbardian revisionist look to important sagas in American history. The first season covers the War on Drugs, highlighting the role of the US government in fanning the flames of America's drug epidemic.

As Murray Rothbard said, "History necessarily means narrative, discussion of real persons as well as their abstract theories, and includes triumphs, tragedies, and conflicts, conflicts which are often moral as well as purely theoretical."

Along these lines, Chris interweaves personal stories alongside facts and anecdotes that you will never find in a government approved curriculum. The result is a show that will both entertain and enlighten. We hope you will enjoy the first episode of Historical Controversies, and will subscribe for a new episode every Wednesday.