Breaking Away: The Case for Secession

GET NEWS AND ARTICLES IN YOUR INBOXPrint
A
A
Home | Mises Library | Secession: The American Tradition 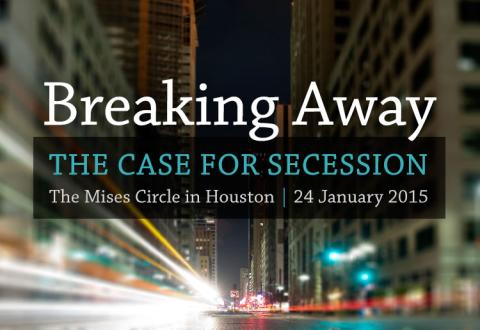 Recorded at the Mises Circle in Houston, Texas, 24 January 2015. Includes an introduction by Jeff Deist.

Dr. Brion McClanahan is the author or co-author of four books, The Politically Incorrect Guide to the Founding Fathers, (Regnery, 2009), The Founding Fathers Guide to the Constitution (Regnery History, 2012), Forgotten Conservatives in American History (Pelican, 2012), and The Politically Incorrect Guide to Real American Heroes, (Regnery, 2012).

McClanahan is a faculty member at Tom Woods’ Liberty Classroom. He finished his Ph.D. in History at the University of South Carolina in 2006, and had the privilege of being Clyde Wilson’s last doctoral student.

Dr. Brion McClanahan is the author or co-author of four books, The Politically Incorrect...

Should Libertarians Care about the Constitution?

What should libertarians think about America's founding document? Jeff Deist interviews Brion McClanahan and Allen...
Subscribe to Our Mailing Lists