GET NEWS AND ARTICLES IN YOUR INBOXPrint
A
A
Home | Mises Library | Joseph Salerno: The War on Cash

Joseph Salerno: The War on Cash 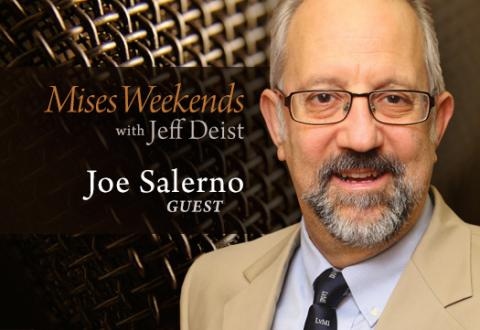 Governments, at least modern western governments, have always hated cash transactions. Cash is private, and cash is hard to tax. So politicians trump up phony reasons like drug trafficking and money laundering to win support for bad laws like the Bank Secrecy Act of 1970, which makes even small cash transactions potentially reportable to the Feds.

Today cash is under attack like never before. Ultra low interest rates are the norm for commercial bank accounts. In Europe, as the ECB ventures into negative nominal interest rates, certain banks threaten to charge customers for depositing cash. Meanwhile, certain European bonds now pay negative yields, effectively turning them into insurance products rather than financial assets. And some economists now call for the outright abolition of cash, which shows just how far some will go in their crazed belief that economic prosperity can be commanded by forcing us to spend rather than save.

The War on Cash is real, and it will intensify. Here to explain is Dr. Joe Salerno, who spoke on the subject at our recent Mises Circle event in Stamford, Connecticut.