GET NEWS AND ARTICLES IN YOUR INBOXPrint
A
A
Home | Mises Library | Dr. Patrick Newman Introduces Rothbard's History of Economic Thought 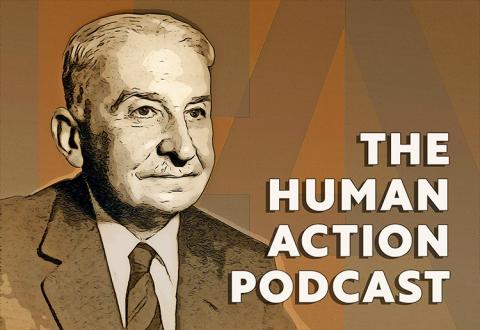 Just a few years prior to his death, Murray Rothbard started one of his most ambitious writing projects: a full-fledged, three volume history of economic thought from a uniquely Austrian perspective. Unfortunately he never wrote the third volume, intended to span the post-Marx marginal revolution all the way through the mid-20th century. But the two existing volumes, over 1000 pages, start with ancient Greece and make their way to Adam Smith, Bentham, JS Mill, Ricardo, and Marx. As always, Rothbard is both compelling and radically revisionist. Contra most economic historians, he believed the proto-economists before Smith had much to offer. Both the Spanish Scholastics and French Physiocrats, for example, showed an understanding of value and subjectivism well before Smith developed his muddled cost theory.

These two volumes (free here in pdf!) are a must read for any student of economics, and Dr. Patrick Newman is the perfect guest to bring them to life. Don't miss this first in a series of episodes on An Austrian Perspective on the History of Economic Thought.