GET NEWS AND ARTICLES IN YOUR INBOXPrint
A
A
Home | Mises Library | Allen Mendenhall: Trump's Supreme Court 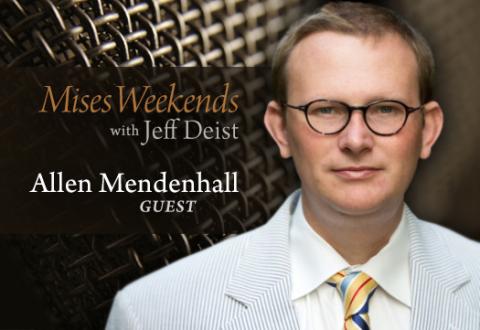 Brutus, writing in The Antifederalist Papers, had this to say about judges:

Now Trump has announced his nominee for the Supreme Court. Here to explain everything from a libertarian perspective is Allen Mendenhall, a lawyer, PhD, and director of the Blackstone and Burke Center. How will Gorsuch likely rule on important issues, given what we know about him? Is he an activist, an authoritarian, an originalist, or a positivist? Is he too cozy with federal power, or does he show a libertarian Coloradan streak? And, if confirmed, will he occupy a "stolen" seat?

Allen Mendenhall is Associate Dean and Executive Director of the Blackstone Center for Law and Liberty at Faulkner University Thomas Goode Jones School of Law. Visit his website at AllenMendenhall.com.

Allen Mendenhall is Associate Dean and Executive Director of the Blackstone Center for Law and...

Jeff Deist and Allen Mendenhall break down the hyper-politicized spectacle of the Kavanaugh confirmation hearings...