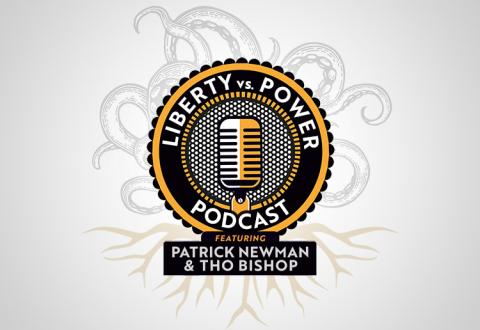 How did a handful of colonies created by the European Old Order establish a unique nation conceived in liberty? In Episode 2 of the Liberty vs. Power Podcast, Patrick Newman and Tho Bishop discuss the lasting tension between the Spirit of 1776 and the Constitution of 1787. The results of America's successful war for independence is one of the most important victories for the cause of liberty, but the forces of power adapted to new opportunities.

Patrick and Tho also discuss the career of the infamous Robert Morris, and follow the rise of two men who are determined to mold America into the European nationalist tradition: Alexander Hamilton and James Madison.

"How the Constitutional Convention Vastly Expanded the Powers of the President" by Murray Rothbard — Mises.org/LP2_C

"Liberty and Property: the Levellers and Locke" by Murray Rothbard — Mises.org/LP2_F

To subscribe to the Liberty vs. Power Podcast on your favorite platform, visit Mises.org/LvP.

How States Are Fighting the Fed with JP Cortez

Tho Bishop and JP Cortez discuss the ongoing legislative battles over money at the state level.

Ryan McMaken and Tho Bishop discuss recent inflation news, broader chaos in financial markets, and another round of...

Patrick is Assistant Professor of Economics at Florida Southern College. He completed his PhD in...