GET NEWS AND ARTICLES IN YOUR INBOXPrint
A
A
Home | Mises Library | Democracy: The God That Failed

Democracy: The God That Failed 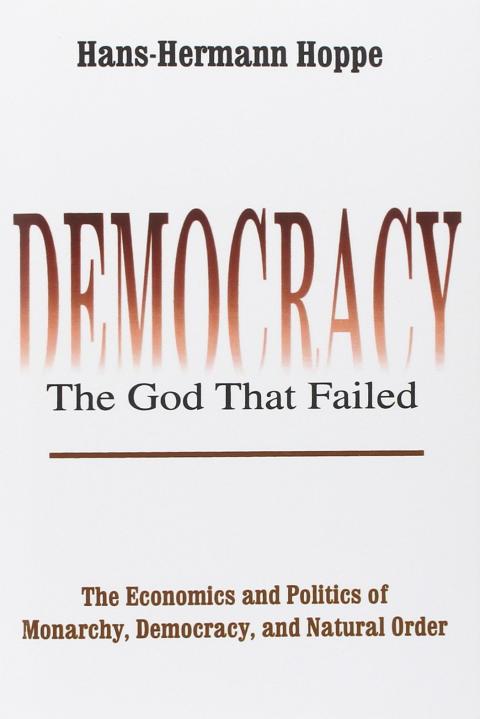 This sweeping book is a systematic treatment of the historic transformation of the West from limited monarchy to unlimited democracy. Revisionist in nature, it reaches the conclusion that monarchy, with all its failings, is a lesser evil than mass democracy, but outlines deficiencies in both as systems of guarding liberty. By focusing on this transformation from private to public government, the author is able to interpret many historical phenomena, such as rising levels of crime, degeneration of standards of conduct and morality, the decline in security and freedom, and the growth of the mega-state.

In addition, Hoppe deconstructs the classical liberal belief in the possibility of limited government and calls for an alignment of anti-statist conservatism and libertarianism as natural allies with common goals. He defends the proper role of the production of defense as undertaken by insurance companies on a free market, and describes the emergence of private law among competing insurers.

The author goes on to assess the prospects for achieving a natural order of liberty. Informed by his analysis of the radical deficiencies of social democracy, and armed with the social theory of legitimation, he forsees secession as the likely future of the US and Europe, resulting in a multitude of region and city-states. Democracy-The God that Failed is a brilliant and unflinching work that will be of intense interest to scholars and students of history, political economy, and political philosophy.