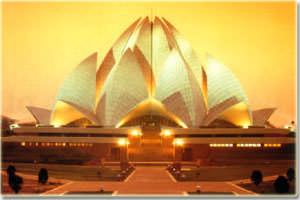 Many economic historians are concerned about the possibility of large-scale offshoring of jobs from the United States and Europe to China, India, and other countries. They speak of another Industrial Revolution, the third since the 18th century, that will transform commerce and industry and require painful adjustments.

The first revolution brought drastic changes to England from the middle of the 18th century to the middle of the 19th century. A few inventions and technological innovations gave rise to the factory system and the working population formerly laboring in agriculture found better employment in industrial production. The revolution spread to Western Europe and the United States a generation or two later. It has moved to some other countries ever since.

In their vivid descriptions of the industrial beginning, most historians rarely allude to the ideological and political changes that actually paved the way for the revolution. They admire the early development of the cotton industry and view with approval the iron and steel industry which sought to meet a growing demand for all kinds of construction. But they may not even mention the writings of the Classical economists, of Adam Smith and his numerous teachers and forerunners, such as Frances Hutcheson, David Hume, Josiah Tucker, and many others. They wrote numerous essays on commerce and taxation, and developed new insight into basic principles of a market order. They succeeded in persuading their government to remove age-old restrictions and allow the people to pursue their economic interests.

Economic historians also speak of a second Industrial Revolution that left its mark on the 20th century and is spreading to other parts of the industrial world. They are referring to the powerful shift from manufacturing toward services. Throughout the old industrial world the number of industrial jobs has declined slowly while the number of service positions has risen continuously. By now, only one-sixth of US non-farming jobs are in goods-producing industries while five-sixths render services.

Many historians rarely ever mention the market order that impelled and facilitated the change. It built on the protection of private property in production; it emboldened entrepreneurship and facilitated large capital investments that raised labor productivity. Wage rates rose and standards of living soared, which enabled workers to use ever larger shares of their incomes for services such as healthcare, entertainment, and education.

Moreover, the New Deal and Fair Deal introduced labor legislation that hastened the expansion of the service industry. It enabled and encouraged industrial labor unions to raise the cost of labor above its productivity, which has given rise to an unnatural economic phenomenon: mass unemployment. Unemployed factory labor has been seeking productive employment in the service industry ever since; it functions like a large net, legal and illegal, that can put all willing labor to productive use.

A third Industrial Revolution is now making its appearance in the United States and other industrial countries. And just like the first two, it is bound to introduce many changes and force millions of people to make painful adjustments. It is an "information revolution" that greatly expands the scope of tradable services and tends to move many service jobs offshore to India, China, and other industrial newcomers where labor is much cheaper. Defined by its consequences, it may also be called the "offshoring revolution."

The term "offshore" was first used in the United States for any financial organization with its headquarters outside the country. A mutual fund with its domicile in the Bahamas is an offshore fund. The term then broadened to cover the movement of industrial jobs from high-cost countries to places where costs are lower. By now, in the third revolution, ever more service jobs are likely to go offshore. Surely, jobs that render personal services cannot go offshore; my barber shop cannot go to China. But new technology has made many jobs marketable which therefore may go where labor costs are lower. The services of accountants and computer programmers are suitable for electronic delivery and, therefore, may go offshore. According to a recent McKinsey study, 11% of US jobs are at risk of being sent offshore which is likely to become a major political concern in the future.

An unhampered market system would readily facilitate the needed readjustments. Under the pressure of foreign low-cost competition, American wages for many impersonal offshorable services undoubtedly would stagnate or even decline, which would cause some workers to move into the personal-service market and depress its wage rates. The computer programmer may have to become a computer repairman or barber. Yet his income may not decline as long as the amount of capital invested per head of population in the country continues to rise; personal services may expand as fast or even faster than impersonal services contract.

Economists are ever fearful that politicians are likely to interfere with needed economic adjustments. In the United States the forces of old-fashioned protectionism not only may find ways to limit imports but also hamper American capital working abroad.

The forces of political intervention, in order to shield and benefit labor, are likely to increase labor costs, which invariably causes unemployment. After all, every penny of labor cost that exceeds labor productivity is bound to create unemployment. The countries with the most fervent labor-protection laws, such as France, Germany, and Italy, already suffer official unemployment rates of 10 percent and higher. In years to come, the third Industrial Revolution will require many painful adjustments. The rates of national unemployment and economic stagnation are likely to be proportional to the political powers of defiance and control.

The process of industrial change and labor adjustment is made ever more complex and painful by yet another political factor: the propensity of welfare governments to suffer huge budget deficits that consume the lion's share of the people's savings. All the governments mentioned above are busily consuming savings that otherwise would become capital investments creating jobs and paying wages.

Surely, the American labor market is more flexible and vibrant than European markets, which is rendering it more adaptable to the changes to come. On the other hand, the US government budget deficit is the largest by far in volume and relative size. Debt is always the worst kind of poverty. The third Industrial Revolution may confirm it in years and decades to come.