The Myth of the Magical Multiplier 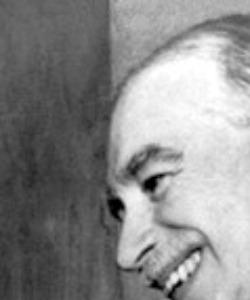 The August 8, 2005, headline in the Wall Street Journal has declared "If Savings Rate Rises, Retailers May Take a Hit":

Last Tuesday the Commerce Department reported that the personal savings rate—the amount of household's income left over after spending as a percentage of total income—fell to zero in June. Other than the negative 0.2% it hit the month after the Sept. 11, 2001, attacks, that was the lowest the savings rate had ever been. A decade ago, it was 4.4%. Merrill Lynch economist David Rosenberg estimates that if the savings rate had held to last year's average of 1.7%, consumer spending would have grown an annualized 2.3% in the first quarter. Instead of 3.5%, and 1.7% in the second quarter, instead of 3.3%. So if consumers had saved as much this year as last, retailers would have taken an additional hit.

Likewise according to The Economist of July 7, 2005: "If firms continue to save and consumer spending slows, as house prices level off or even decline, then weaker growth will lie ahead."

These days it is commonly accepted that the motor of the economy is overall demand for goods. Hence the growth of an economy is dependent on the strength of this motor.

Increases in overall demand triggers, it is believed, increases in the production of goods and services, i.e., the overall economy's output follows suit. It is also held that the impact of the increase in overall demand on total output, whether on account of the increase in outlays by government, consumers or businesses doesn't stop with the initial boost—it actually gets magnified.

A given dollar in spending lifts the economy's output of final goods and services, i.e., GDP (gross domestic product), by a multiple of the increase in expenditure. The key in this way of thinking is that expenditure by one person becomes the income of another person.

An example will illustrate how an initial spending raises the overall output by the multiple of this spending. Let us assume that out of an additional dollar received individuals spend $0.9 and save $0.1. Also, let us assume that consumers have increased their expenditure by $100 million. As a result of this, retailers' revenue rises by $100 million. Retailers in response to the increase in their income consume 90% of the $100 million, i.e., they raise expenditure on goods and services by $90 million. The recipients of these $90 million in turn spend 90% of the $90 million, i.e., $81 million. Then the recipients of the $81 million spend 90% of this sum, which is $72.9 million and so on.

At each stage in the spending chain people spend 90% of the additional income they receive. This process eventually ends with GDP higher by $1 billion (10*$100 million) than it was before consumers had increased their initial expenditure by $100 million.

All this means that the less that is being saved the larger is the impact of an increase in overall demand on overall output.

The popularizer of the magical power of the multiplier, John Maynard Keynes, wrote,

If the Treasury were to fill old bottles with banknotes, bury them at suitable depths in disused coal mines which are then filled up to the surface with town rubbish, and leave it to private enterprise on well-tried principles of laissez-faire to dig the notes up again (the right to do so being obtained, of course by tendering for leases of the note-bearing territory), there need be no more unemployment and with the help of the repercussions, the real income of the community, and its capital wealth also, would probably become a good deal greater than it actually is.1

Is the multiplier a real thing?

In the Keynesian multiplier story the initial consumer expenditure creates new income for the next person, who in turn creates income for another person and so on. However, to have income for consumption one must first produce something useful that can be exchanged in the market.2

Through the production of goods an individual can secure the produced goods of other individuals in an economy. His production backs up, so to speak, his demand for the goods he wants to secure. For instance Bob the farmer secures one loaf of bread from John the baker by paying for the loaf of bread with five tomatoes. Bob also secures a pair of shoes from Paul the shoemaker by paying for the shoes with ten tomatoes.

When Bob the farmer exercises his demand for one loaf of bread and one pair of shoes he is transferring five tomatoes to John the baker and ten tomatoes to Paul the shoemaker. Bob's saved tomatoes coupled with other consumer goods maintains and enhances the life and well being of the baker and the shoemaker. Likewise the loaf of bread and the pair of shoes coupled with other consumer goods maintains the life and well being of Bob the farmer. Consequently, final goods that sustain the baker, the farmer and the shoemaker is what makes it possible to keep the flow of production going. Note that what keeps the flow of production going in our example is the saved bread, the saved tomatoes, and the saved shoes.

Can the lifting of consumption without a prior increase in production set the process of wealth creation in motion? Without the supply of the means of sustenance neither the shoemaker nor the tomato grower nor the baker will be able to engage in the production of shoes and tomatoes. Obviously then, an increase in the baker's demand for shoes and tomatoes without having any bread or other consumer goods at his disposal cannot expand the overall output in the economy let alone by a multiple of the increase in the baker's demand.

What about selling shoes and tomatoes in exchange for the baker's promise to repay consumer goods some time in the future? This can be done provided that the shoemaker and the tomato grower have a sufficient stock of final consumer goods to sustain themselves. Note that what makes it possible is not an increase in the baker's demand but the available pool of saved consumer goods.

Let us examine the effect of an increase in the government's demand on an economy's overall output. In an economy, which comprises of a baker, a shoemaker and a tomato grower, another individual enters the scene. This individual is an enforcer who is exercising his demand for goods by means of force.

Can such demand give rise to more output? On the contrary, it will impoverish the producers. The baker, the shoemaker, and the farmer will be forced to part with their product in an exchange for nothing and this in turn will weaken the flow of production of final consumer goods. Again, as one can see, not only does the increase in government outlays not raise overall output by a positive multiple, but on the contrary this leads to the weakening in the process of wealth generation in general.  According to Mises,

Does the introduction of money make the multiplier possible?

The introduction of money will not alter our conclusions. Money only helps to facilitate trade among producers— it doesn't generate any real stuff. In short, money is just a claim on real saved goods. Paraphrasing Jean Baptiste Say Mises argued that,

When an individual raises his spending by $100 all it means is that he has lowered his demand for money by $100. We can also say that the individual has exercised his claim over real saved goods for $100. The seller of goods has now acquired $100 claims on real savings. We can also say that seller's demand for money has increased by $100. All this, however, doesn't give rise to an overall increase in output, as suggested by popular thinking. The increase in monetary spending does not give rise to any increase in income in the economy. Likewise if the seller will now spend 90% of $100 all that we will have here is a situation wherein his demand for money has fallen by $90, i.e., he has exercised his claim on the existing pool of real goods to the extent of $90. (Somebody else's demand for money has now risen by $90).

Likewise loose monetary policy cannot give rise to the expansion of real output. All that it will generate is a reshuffling of the existent pool of real savings. It will enrich the early receivers of the new money at the expense of last receivers or no receivers at all. Obviously then, a loose monetary policy which is aimed at boosting consumers' demand cannot boost real output by a multiple of the initial increase in consumer demand. Not only will loose money policy not lift production, but on the contrary it will impoverish wealth generators in exactly the same way as the enforcer in our previous example.

John Maynard Keynes's writings remain as influential today as they were sixty years ago. His ideas remain the driving force of economic policy makers at the Fed and Government institutions. These ideas permeate the thinking and writings of the most influential economists on Wall Street and in academia.

The heart of the Keynesian philosophy is that what drives the economy is the demand for and not the production of goods. Economic recessions are predominantly the result of insufficient demand. In the Keynesian framework an increase in demand not only lifts the overall output but that output increases by a multiple of the initial rise in demand. Within this framework something can be created out of nothing.

Reality, however, shows that all the attempts to create something out of nothing lead to economic impoverishment and more misery. In the real world, an artificial boost in demand that is not supported by production leads to the dilution of the pool of real savings and, contrary to the Keynesian view, to a shrinking in the flow of real wealth.