GET NEWS AND ARTICLES IN YOUR INBOXPrint
A
A
Home | Mises Library | Money and the Stock Market: What is the Relation?

Money and the Stock Market: What is the Relation? 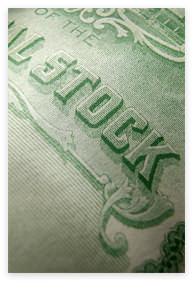 Austrians have generally accepted this causal connection, though for different reasons than others, as I will explain below.

But first we must deal with the contrary view. Some economists who follow the footsteps of the post-Keynesian school of economics have questioned the importance of money in driving stock prices.1

On a closer scrutiny of the above chart, coupled with a regression analysis, this school argues that things are in fact the other way around—changes in the stock market are causing changes in money supply. It is held that movements in money M1 reflect the shift of money from long-term saving deposits to demand deposits and vice versa as a result of the preceding changes in stock prices.

For instance, increases in stock prices provide an incentive to liquidate long-term saving deposits. The received money is then employed in buying stocks and other financial assets. In the process demand deposits tend to increase, which in turn raises money M1. It is argued that the trend is reversed when asset and stock prices are falling. All this means that it is the changes in stock prices that actually cause changes in money M1 and not the other way around. If money is not causing, but rather is caused by, changes in the stock market obviously it is not a very helpful indicator. In short, changes in money supply are simply the manifestation of changes that have already taken place in the stock market.

Whether changes in money cause changes in financial asset prices cannot be established by means of a statistical correlation. What is required is a process that can make sense of, so to speak, the observed interrelationship between money and prices. We suggest that a statistical correlation, or lack of it, between two variables shouldn't be the only or final determining factor regarding causality.

If anything it can be of some help in the beginning of the investigation. The data and its correlation is simply the raw material, which must be scrutinized (processed) by a coherent economic framework. One must figure out by means of reasoning what the statistical display might mean. In order to figure out how money is related to the prices of financial assets in general and to stock prices in particular we must ascertain what money is all about.

According to Rothbard trade is the prime basis of our economic life. Without trade, there would be no real economy and, practically no society. The main reason for that is,

because of the great variety in nature: the variety in man, and the diversity of location of natural resources. Every man has a different set of skills and aptitudes, and every plot of ground has its own unique features, its own distinctive resources. From this external natural fact of variety come exchanges; wheat in Kansas for iron in Minnesota; one man's medical services for another's playing of the violin. Specialization permits each man to develop his best skill, and allows each region to develop its own particular resources. If no one could exchange, if every man were forced to be completely self-sufficient, it is obvious that most of us would starve to death, and the rest would barely remain alive. Exchange is the lifeblood, not only of our economy, but of civilization itself.2

Within each of their own individual circumstances both John and Tom will derive a benefit from the trade.

The support for this acceptability is provided by the fact that this good is more marketable than any other good. Being more marketable implies that it is much easier to exchange the things one has for things one prefers more with the help of this good. (It must be stressed here that this good must have a pre-existing price, which enables one to establish a demand for it as a medium of exchange).

Just as in nature there is a great variety of skills and resources, so there is a variety in the marketability of goods. Some goods are more widely demanded than others, some are more divisible into smaller units without loss of value, some more durable over long period of time, some more transportable over large distances. All of these advantages make for greater marketability.3

Historically, many different goods have been used to overcome the difficulties of direct exchange. Tobacco was used in colonial Virginia, sugar in the West Indies, salt in Abyssinia, cattle in ancient Greece, nails in Scotland, copper in ancient Egypt, and grain, bead, tea, cowrie shells, and fishhooks.4 Despite this diversity the common denominator of these goods or their distinguishing characteristic is that these goods fulfilled the role of the medium of exchange. These goods enabled people to overcome the difficulties of the direct exchange.

There would be an inevitable tendency for the less marketable of the series of goods used as media of exchange to be one by one rejected until at last only a single commodity remained, which was universally employed as a medium of exchange; in a word, money.5

In short, money is that for which all other goods and services are traded. Through an ongoing process of selection people have settled on gold as money. In today's monetary system, money is no longer gold but coins and notes issued by the government and the central bank. Consequently, coins and notes constitute the standard money, known as cash that is employed in transactions—goods and services are sold for cash.6

When individuals exchange final goods and services for money, they are in fact engaging in a claim transaction. For instance, a baker has agreed to exchange his ten loaves of bread with a shoemaker for ten dollars. The baker who secures the ten dollars now holds a claim on consumer goods up to the value of ten dollars. The baker can exercise his ten-dollar claim any time he deems it to be required. The baker, while transferring his bread to the shoemaker, has never relinquished his claim on final consumer goods.

Is money supply affected by a shift of money from saving to demand deposits?

Is it possible to have an increase or a decline in money M1 on account of a shift of money from saving deposits to demand deposits and vice versa?7

Can there be such a thing as saving deposits? The existence of such deposits implies that money somehow can be saved. We have however seen that individuals only exercise demand for money in order to be able to employ it as a medium of exchange whenever they deem it necessary. For instance, out of his production of twelve loaves of bread, a baker has consumed two loaves of bread and saved ten loaves. He then exchanges these ten loaves for ten dollars with a shoemaker.

Once the money was transferred what we have is a situation where the lender has lowered his demand for money while the borrower has increased his demand for money. The overall amount of money obviously didn't change. If for whatever reasons the lender decides to liquidate his saving deposits then again this will not cause an increase in money M1. The liquidation of the saving deposit means that the borrower or the bank have agreed to sell some of their assets for money and then transfer the money to the holder of the saving deposit. Money is shifted from one individual to another, but overall M1 cannot change as a result of such transactions.

Reconciling statistical evidence with the facts of reality

But how can this conclusion be reconciled with the data, which show that changes in stock prices apparently precede changes in money M1? Should we ignore the so-called statistical evidence? What the data shows is the effect of central banks' monetary policies.

For instance, as a rule the loose monetary policy of the central bank benefits financial markets first by pushing financial assets prices up. Subsequently the money newly created "out of thin air" also moves into other parts of the economy thereby setting in motion an illusory economic boom. (As a result of more money in the economy monetary turnover follows suit—nominal economic activity rises). A strengthening in nominal economic activity, which also embraces the strengthening in the stock market, gives rise to a stronger demand for money, which central banks and the banking system accommodate—an increase in money M1 takes place. (The charter of every central bank is to keep enough money to accommodate the needs of the economy).

It would appear that the increase in stock prices here precedes the rise in money supply. Observe that what drives the entire story however is the original loose monetary policy of the central bank—the creation of money out of "thin air." The causality therefore is from money to stock prices and not the other way around. The whole story is reversed when the pace of monetary pumping by central banks slows down.

Is it possible that prices of assets in general will increase without a preceding increase in money supply? After all, a price of a good is the amount of money per unit of the good. In order then to have a general increase in prices, all other things being equal, there must be an increase first in the money supply.

Finally it must be appreciated that, because of the complexity of the dynamics of how money drives financial asset prices, the observed data must be disentangled by means of a theory in order to ascertain the facts of reality. In other words the data can't talk without assistance from a theory.

Based on statistical analysis some experts have concluded that stock prices cause changes in money supply rather than the other way around. In this article we have shown that causality cannot be established by statistical means without a coherent definition of what money is and how it is related to the prices of financial assets. Contrary to various experts who dismiss the importance of money in driving the stock prices, we have shown that this dismissal is based on a wrongheaded framework of thinking.