Discrimination in the Marketplace 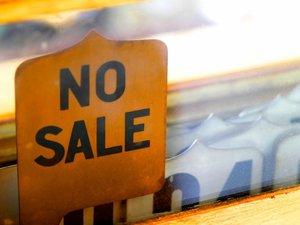 FedEx and UPS recently announced they will not ship the “Ghost Gunner,” a specific digital mill (like a 3D printer, but for metals) marketed as capable of fashioning parts without serial numbers.

The present situation is: (1) buying, selling, owning, and using guns without serial numbers is legal, even supposed “assault” rifles; (2) both FedEx and UPS have voluntarily refused to ship the digital mill, because of the threat of government action in the future; and (3) in the past, the federal government has held FedEx and UPS responsible for the legality of the goods they ship. By contrast, the USPS is not responsible for the legality of goods it ships (senders are), and has to get a search warrant to inspect customer packages.

Despite the possible threat of future state interference, the decision by FedEx and UPS is a voluntary one, not commanded legislatively from Washington. Both companies simply made a voluntary choice not to be involved in a controversial matter — and thus they discriminated against certain potential customers by refusing their business.

The term “discriminate” carries some heavy baggage, so let’s unpack it.

First, this author — like virtually everyone in modern western society — is opposed to racial discrimination in the forms most people imagine upon first reading or hearing the term. I would not patronize a business with a “No Blacks,” “No Immigrants,” or “No Jews” sign out front, for example, and I would discourage others from patronizing it as well.

It is worth mentioning, though, that some obvious forms of racial discrimination are considered morally acceptable in certain situations. For example, the casting director for the movie Selma never considered using a white actor to play the role of Martin Luther King, Jr. Movie producers have an ideal physical type and look in mind even when casting fictional characters, like Katniss Everdeen in The Hunger Games movies (a role that never would have been filled by an Asian man).

Casting directors and movie producers discriminate based on race, ethnicity, sex, body type, and facial type because it serves the story or character in question. There is no collective uproar against this sort of discrimination because it’s not based on an emotional or hateful prejudice against a group of people, but on common sense and an eye for moviegoers’ (similarly innocent) preferences. We don’t hate racial discrimination categorically — we hate the racially prejudiced mindset behind some instances of discrimination. The intent of the discriminating party matters.

Discrimination in general is the same way. We can’t deny the right of firms and consumers to discriminate, but we can take issue with their reasons why.

Which brings us back to FedEx and UPS. If I am pro-gun and don’t want the state interfering with the growing 3D printing industry, I might prefer that FedEx and UPS tell the government to stick it. Ship the machines for your customers and then fight a legal battle for the right to do so when the time comes!

But you and I won’t bear the risks or the costs of such a fight. Only FedEx and UPS can decide whether they should risk both public pressure (from anti-gun forces) and legal action by choosing to ship 3D printing mills, or any other controversial items. The decision not to do so is their prerogative, not ours.

Discrimination, in the form of choices, is a daily part of every market encounter. And it’s not only a matter of what customers accept, but at what price: FedEx and UPS charge more for heavier packages or faster delivery.

Discrimination, in this sense, is a critical element of all market activity. It allows goods and services to be consumed by those who are most willing to pay for them. This in turn enables labor and capital to be used in the most productive and valuable ways.

Liberty means freedom to discriminate. This statement makes many people on both the Left and Right angry. Yet the right of FedEx and UPS to refuse shipping of controversial material is the same right as a racist store owner’s right to put up a “No Blacks” sign, or a baker’s right not to sell wedding cakes to same-sex couples, or Starbucks’ right to forbid the open carry of handguns in its stores. It is the same right exercised by the fashion magazine editor who hires only beautiful models.

What can be done, then, about the racists, sexists, and other sorts of intolerant people in our society? Are they to be given carte blanche to act upon their prejudices? The answer should make you smile: we can discriminate against them! We can shun and boycott the racist restaurant owner, just as we can shun and boycott FedEx and UPS for caving to the Feds when it comes to shipping 3D mills. The market is not a test of right and wrong, but it can reveal consumer and business preferences for the types of discrimination that are acceptable vs. reprehensible.

While we may boycott a business with a “No Blacks” sign out front, we clearly shouldn’t hold a gun to the owner’s head and say, “Allow blacks in your store or else!” And if we lack the authority to do such a thing, we cannot delegate such authority to someone else — even if they sit in the legislature or wear a badge. We should limit violent responses to violent acts only. Nonviolence is the only proper response to nonviolent acts of discrimination, no matter how ugly and morally wrong such acts are.