GET NEWS AND ARTICLES IN YOUR INBOXPrint
A
A
Home | Mises Library | The Worst Economics Article Ever?

The Worst Economics Article Ever? 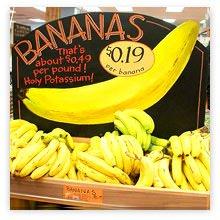 "Clean Your Plate, They're Starving in China" is quite possibly the dumbest article I have ever read (and I frequent National Review Online, mind you).

Now before writing a critique, I asked myself: Does this young author, untainted by the dry pages of economics tomes or lectures on symbolic logic, deserve my sarcastic wit (which some have likened to a rapier, or at the very least a strong pair of toenail clippers)? But my doubts soon evaporated.

If Amanda Park Taylor is going to share her views on the august pages of The L Magazine, then I should likewise air my concerns in a public forum.

Let us then proceed to her horrifying discovery while shopping in Trader Joe's:

Happily toting my mole sauce and a bottle of walnut oil, I paused by the freezers on my way to check out. I've always been a fresh vegetable person, but it had occurred to me recently that the odd bag of frozen spinach might help me out in a jam, as the produce selection close to home just isn't very good. So there I was, poised on the edge of epochal change, ready to enter an ice age in my own kitchen, when I noticed that almost all the bags bore the legend "Produce of China." CHINA?

Indeed. And the more I looked around, the more food I saw that had been shipped halfway around the world. And at that selfsame moment I could have crawled over to the Union Square Green Market and buried myself, literally, in produce that had traveled less than 100 miles to get to my table. What gives?

At this point the reader might not understand Taylor's plight. After all, isn't it a wondrous achievement of the market economy that costs of shipping are so low that we can enjoy goods delivered from all over the globe? What a wonderful illustration of the fact that we're all on the same planet and so we'd better learn to live in peace and harmony!

In contrast to aggressive governments, participants in the market economy have no problem engaging in voluntary transactions with foreigners from China or anywhere else. So what's the problem here?

Well, I'll tell you, and I hope you find it as alarming as I do. Depending on who you listen to, the U.S. is either on the brink of becoming, or has already become, a net importer of food; i.e. we import more food than we export. Apparently it is cheaper to grow and ship spinach from China than it is to truck it in from New Jersey or Upstate.

In case some readers were as confused as I was, let me clarify: It's not that the United States imports "more food" than we export — after all, you can't compare apples and oranges, or apples and spinach, in this case. What some are concerned about is that the dollar value of total US agricultural imports may exceed the same for exports, leading to a "food deficit."

The economics behind this — as Taylor notes — is the same reason that most US households have a food deficit with the local grocery store and restaurants. So at this point, I'm four and a half paragraphs into her article and I still "just don't get it." Ah, here we go:

Can you even conceive of the amount of energy that uses up? One of my favorite environmentalist one-liners is the old "It takes 35 calories of fuel to bring a 5-calorie strawberry from California to New York." How many calories of fuel does it take to bring a pound of frozen broccoli from China? (I tried, but failed, to figure that one out. If anyone does know … )

Well it's true, I don't really know how many calories of fuel it takes, but I bet the owners of the shipping companies — you know, the ones who reckon that it's cheaper to ship spinach from China than from New Jersey — have a pretty good idea. (After all, they have to buy the fuel.)

Anyway, what's Taylor's point? Absent government interference, market prices reflect the different opportunities for resource usage in various lines. If consumers in Manhattan are willing to pay for certain quantities of fuel to be devoted to getting them spinach from China, who is Taylor to second-guess that outcome? If some other need is more important for that fuel, why aren't those consumers bidding up its price?

I'm also not sure what to make of her favorite environmentalist one-liner. The rationale for shipping strawberries from California to New York is twofold:

The focus on caloric consumption is about as meaningful and relevant as going to see Les Mis on Broadway and then asking, "How many lines of dialogue do you think were spoken in preparation for that show? Now compare that number with how many we actually heard during the performance. Can you even conceive of such waste?!"

Fortunately for Taylor, her case doesn't rest upon the calorie issue:

Apart from the question of energy consumed, there's a whole host of other issues. Farmers in this country can barely make a living, and are quitting the business at an alarming rate. The more farms we lose and the more food we get from overseas, the more precarious our situation if we stop being able to import food (due to fuel shortages, or costs, Katrina-like weather, or political conflict). National security, anyone? Trust me, the nice folks from Dutchess County are much more likely to make it into the city if there are problems than those shipments from China. But they have to still be working the land. If they quit farming before the [biodegradable waste product — RPM] hits the fan, well, errr … you can't eat asphalt.

I've dealt elsewhere with the national security argument for trade barriers. Suffice it to say here, "Agricultural futures markets, anyone?" Incidentally, the United States alone spends almost half of the world's budget on its military, and just in terms of number of ships (i.e., disregarding qualities of the vessels and ability to supply them) the US Navy has more than double the next highest country (North Korea).

The United States has huge borders and can't even keep tons of cocaine outside, despite ridiculous prison sentences and moral outrage. Is it really a likely scenario that another country is going to blockade us and prevent food importation? And even if they did, would nobody see it coming and, say, plant some spinach? Or does Taylor really think that without the farsighted guidance from her and other environmentalists, the capitalist fat cats would turn every farm into a parking lot or shopping center?

And experts of all political stripes agree that China may be facing a food crisis of massive proportions. Why should a few businessfolks make money sending all their food over here, deepening food shortages at home?

Phew! I'm glad to see that Taylor finally addressed the plight of the poor Chinese; for a while there it seemed as if American jobs and security were her only concern. But to answer your question, I don't know, Ms. Taylor, why businessfolks should make money taking food out of the mouths of Chinese children. Maybe the same reason NYU and Columbia grad students can take food from poor farmers in Jersey?

So do me a favor. Do us all a favor. Hit your local greenmarket, as often as you can. Suck up the extra couple of bucks it might set you back. Learn to eat seasonally — cherries now, peaches in a few weeks, instead of bananas all the livelong day. Hudson Valley apple cider is yummier than orange juice. Join a CSA (Community Supported Agriculture) and help a local farm stay in business. And please, please, please get your spinach a little closer to home.

Again, there is a built-in incentive for people to eat seasonally: lower prices. Even so, if some ape-like consumers want to do nothing but eat bananas all day — and they are willing to pay the market price for doing so — then it's nobody else's business. That outcome would be as justified as using scarce wood pulp to produce thousands upon thousands of copies of Taylor's article.

Pleas for people to rise above their narrow self-interest and do what's good "for the economy as a whole" always amuse me. Will Taylor devote her next column to, say, urging Ford executives to order four times as many wheels as the number of vehicles they plan on producing? Will she visit her local shopping mall and make sure that the stores all have employees scheduled to show up during the projected hours of operation in the coming weeks?

And who's out there checking that we don't foolishly produce too many size 12 sneakers and not enough size 11?

Taylor, and you other critics of the spontaneous outcomes of the market economy, please do us all a favor: Go read Henry Hazlitt's Economics in One Lesson. (Do it during daylight hours if you don't want to needlessly consume calories.) And please, please, please keep your future articles closer to music, fashion, the dating scene, or other topics that are far closer to home than international trade.