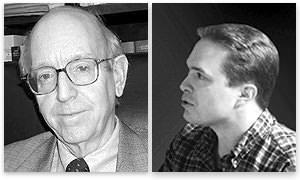 Recent posts on the Becker-Posner blog consider possible silver linings to depressions. In particular, Richard Posner claims that there are positive aspects to depressions. At first glance, the idea that depressions have a good side might seem to entail the broken-window fallacy. It would therefore seem that Judge Posner has fallen into error. However, he has actually raised an important issue. According to Posner, depressions are helpful because

Judge Posner also notes that federal taxation has not risen dramatically since the Second World War. Marginal tax rates were extreme during World War II, and are comparatively lower now. We should also note that there has been a steady increase in governmental regulation since the 1930s. This all makes sense. The costs of explicit taxes are more obvious than the costs of regulation. The costs of regulation often show up in higher costs for goods and services sold by private enterprises. Most of the public overlooks both the magnitude and the existence of these costs as costs of government, and Judge Posner is no different.

Posner seems also to neglect the role of the government in fostering the recent crisis. The Federal Reserve financed the recent boom and the Community Reinvestment Act was used to pressure banks into lending money unwisely. Posner appears to have fallen into the same misconceptions that crises in the business cycle are predominately a failure of the free market, rather than a product of government failure. Of course, many people in the private sector committed errors that contributed to the current crisis, especially where leveraged loans are concerned. But as Posner also notes,

The banking industry has certainly learned a great deal from the current financial crisis about the risks of leverage and the downside of complex financial instruments.

Posner makes one final point that is worth mentioning:

[T]he depression will stimulate fresh thinking by the economics profession. The profession's embarrassing failure to foresee the depression, and the failure of the Federal Reserve Board, of deposit insurance, and of other regulatory institutions and requirements to avert the near collapse of the banking industry, will stimulate fresh thinking about and research in macroeconomics and financial economics; and the regulatory responses initiated by the Bush Administration and those that will be undertaken by the Obama Administration will generate valuable data about the effects of economic regulation. Economists will learn from the bad policies adopted in response to the depression (and some are bound to be bad) as well as from the good ones.

It appears that Judge Posner, like much of the general public, needs to be better informed. He is correct in his observation that crises often reduce confidence in laissez-faire capitalism. Posner has himself failed to consider the extent to which government intervention caused the recent crisis, among others. Hayek and Mises were ahead of the curve back in the 1920s when they identified governmental intervention, particularly credit expansion, as the cause of the business cycle. Most of the economics profession came to blame government for the Great Depression only gradually, and much of the general public has yet to learn this lesson. We are once again in a situation where the public and the economics profession have rushed to judge capitalism as the source of periodic and severe crises. Hopefully they will learn about the true causes of this most recent crisis in a shorter time frame.

[The views expressed in this paper do not represent the official views of the Coast Guard.]