The Myth of the Math and Science Shortage 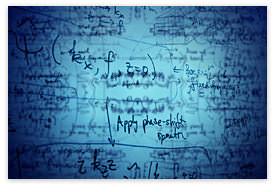 Why do we keep falling for this? Once in every second-term presidency, the chief executive lectures the country about the impending disaster of a shortage of mathematicians and scientists. People think: oh no, we'd better get on the stick and create some in a hurry!

Thus does the President want to spend $50 billion over 10 years — a figure these people made up out of whole cloth — and we are all supposed to submit, cough up, and turn our sons and daughters into natural-science brainiacs. And the President is just sure that his great job-training mission is not limited to Silicon Valley but extends to all cities, rural areas, and ghettos in America.

He is not only raising false hopes, diverting career paths, and wasting money, he is raising a non-problem and purporting to solve it with a non-solution. The central-planning approach to boosting science was tried and failed in every totalitarian country, and the same will be true in nominally free ones as well. Still, it seems that megalomaniacs just can't resist the urge to push the idea, which is why mathematicians and scientists leftover from Soviet days are driving cabs and tending bars in today's Russia.

Let's say the president made a huge stink about the shortage of teeth cleaners, web designers, dancers, or piano tuners. We might more clearly recognize the error. Professions are things chosen by individuals as they follow market signals. If there is a shortage, the wages of the people with these specializations would go up, thereby drawing more people into the profession. People would rush to study teeth cleaning and the like. This influx of new labor would push wages down again. When the wages get too low, people leave these professions and find others.

Thus does the market for labor specializations work rather well, here, there, and everywhere. Wages aren't the only consideration for why people go into some fields and not others, but it is a major factor. The market provides a helpful signaling mechanism to assist people in the development of certain skills. Shortages and surpluses resolve themselves.

No presidential speeches are necessary. No commission needs to be established. No taxpayer dollars need to be expended to make it all happen. We need only pay attention to the signals of the market and follow our own self-interest. The shortages and surpluses are systematically driven toward equilibrium, provided there is no government intervention to spoil the process.

Think of how jobs have changed. We have fewer people around today who know how to farm because fewer people are necessary to do the job. More kids than ever are going into computer sciences because of the perception that these fields will be lucrative in the future. In neither case was a government program necessary. People entering the job market find out quickly what is in demand and what isn't and compare that to their own capacity for doing the job.

The reason the whole math and science racket bamboozles us again and again has to do with our own limitations and our perceptions of foreign countries. We think: heck I know nothing of these subjects, so I can believe that there is a shortage! And surely math and science are the keys to just about everything. And look at those Japanese kids in school that we see on television. They can run circles around the tattooed bums that populate American public schools. We are surely "falling behind!"

In the first place, it wouldn't actually matter if it were true. The whole point of the international division of labor is that we benefit from the skills of everyone around the world. If there were one country in the world where everyone knew math and science — call it Nerdistan — and one other country in the world where everyone specialized in art and literature — call it Poetistan — both countries would enjoy the benefits of both talents provided they were engaged in trade. The Nerds could enjoy poetry and the Poets would have lots of hand-held contraptions. And since the professions in both countries were presumably chosen by market means and voluntary choice, that configuration of talent yields the best of all possible worlds.

Apart from that, however, there is another consideration: none of the past predictions of a math-and-science shortage have ever come true. In fact, when Al Gore raised the same frenzy some years ago, some commentators noted that it is actually easier to make a case that we face a shortage of less skilled workers: people to drive trucks, work in warehouses, clean kitchens and hotels, take care of kids, and work on docks. Here is probably where we are going to see the wage growth in the future.

In any case, people who have studied this in detail have reached an inconclusive verdict, except to observe that current unemployment rates among math and science people with PhDs are higher than the general population.

Also, as Daniel Greenberg writes, "Average salary scales for professors show the marketplace value of different disciplines: law, $109,478; business, $79,931; biological and biomedical sciences, $63,988; mathematics, $61,761." He points out that the editor of Science Magazine even noted the absurdity: "Why do we keep wishing to expand the supply of scientists, even though there is no evidence of imminent shortages?"

Actually, Donald Kennedy's entire article is worth a read. He points out that the worst thing that could happen is for government to attract people into a technical field that they really can't handle. They only end up working outside the area in which they are trained, or adding to the ranks of the unemployed. The scientists themselves know how hard the job market is, and of course they don't want more people in their field driving down wages. But the point stands: if wages were high enough, good people would be attracted to these fields without subsidies, badgering, and lecturing.

And what pretense does government have for purporting to know better than the market what jobs are necessary in the future? Somehow it seems especially egregious for the political class to get into this act, for this group is probably the least well educated in technical fields. Their specializations are in duplicity, glad handing, and handing out other people's money to those who are willing to participate in the racket of the redistributivist state. What do they know about the market for mathematicians?

So why does government continually badger us about the impending shortage of mathematicians and scientists? Maybe it is just a big excuse for getting and spending our money, and one excuse is as good as another. But maybe there is something more sinister at work. Perhaps government would like to create a glut of mathematicians and scientists who cannot find work in the private sector, and so these people would have no alternative but to go to work for the Pentagon and other warfare state agencies. Here, politicians imagine, they would create great gizmos to spy on people, centrally plan, and create smart bombs and other toys for politicians to play with.

Sound crazy? I'm open to any explanation, and perhaps this "conspiracy" view supposes the political class to be smarter than it really is. Regardless of the real reason, let us not suppose that the real reason is the one they give: that we face an imminent shortage. We don't. And if we did, the political class would be the last to know about it. To the extent they succeed, they will end up wasting people's time and money, and the person repainting your house might just have a PhD in mathematics.