GET NEWS AND ARTICLES IN YOUR INBOXPrint
A
A
Home | Mises Library | In Monetary Affairs, Crisis Follows Crisis 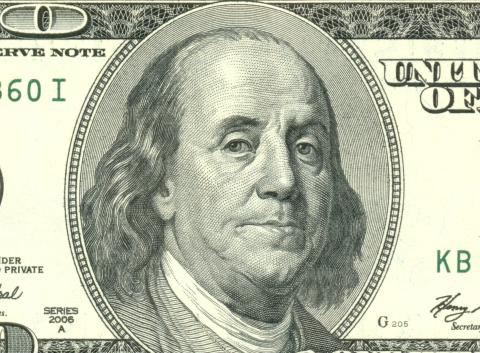 "The world is in permanent monetary crisis," Murray Rothbard once observed (in Making Economic Sense), "but once in a while, the crisis flares up acutely, and we noisily shift gears from one flawed monetary system to another."  Monetary systems built on floating fiat currencies are fragile things. Most of the world currently operates under this arrangement.

Our own dollar has led the life of a tempestuous teenager, seemingly unable to stay within the bounds of the rules laid down for it by the powers that be. The Bretton Woods Agreement lasted from 1944 to 1971 and was a form of a fixed exchange rate system based on international coordination. The dollar was defined at 1/35 ounce of gold; all other currencies were fixed in terms of the dollar. Importantly, the dollar was only redeemable in gold for foreign governments.

As expected, the U.S. government inflated the currency, as governments are prone to do. Dollars grew rapidly; the supply of gold did not. Inevitably, as foreign governments began to turn in their dollars for gold, Uncle Sam found out that his gold stash was getting light. Naturally, he had to break the agreement. So, Nixon closed the gold window in 1971. In its place came the Smithsonian Agreement, which called for an 8 percent devaluation of the dollar, among other things. But that could not stop the push of market forces, which like the swollen Potomac River in the days before hurricane Isabel, simply ignored whatever man put in its way. In February 1973, the dollar was devalued again. By March, the Smithsonian agreement was no more.

Ever since, the dollar has been a fluctuating fiat currency with no ties to gold.

Europe, too, has been unable to build a durable system based on fiat either. The European Economic Community established one of the better-known pegged rate exchange systems in April 1972. EEC members decided that their currencies were to be maintained within established limits of each other. This arrangement became colorfully known as "the snake".   Market pressures also busted the snake, as governments were unable to keep their currencies within these bands.

The next step was the European Monetary System, in March 1979. Here currencies were held together by the European Currency Unit, (ECU) a unit of account based on a weighted average of the exchange rates of member countries. That went bust in the fall of 1992, after experiencing severe problems and despite the attempts of numerous European Central Banks to maintain it by intervening directly in the foreign exchange markets. Again, government dictates held up like straw houses in gale force winds—which is to say, they didn’t.

The latest system created the euro, which began in 1999. The euro is relatively young even by monetary standards. There are not yet actuarial tables accurately devised for the life expectancy of paper money, but, theory and history agree that it’s something less than permanent.

Pegged rate systems are great for fueling crises, like oily combustibles lying around in a garage; a small flame can start a great fire and take down a house. Another instructive case is the peso meltdown in 1994–95, or the so-called The Tequila Crisis.

Before the crisis, Mexico linked the peso to the dollar, but allowed a band within which it could float. The Mexican government would frequently have to intervene in the market to enforce this band. Mexico experienced a large trade deficit in 1994, perhaps indicating that the pegged peso was stronger than a peso would have been without government intervention. Money supply growth was brisk in the years preceding the crisis, and 20% or more per annum throughout most of 1994.

As always seems to happen in these types of systems, the Mexican government could not control the growing supply of pesos, nor could it bolster the weakening demand for pesos—while at the same time trying to maintain the peso’s value in terms of the dollar.

Who can forget the Asian Crisis of 1997? Originating in Thailand, it spread throughout Southeast Asia—the Malaysian ringgit, Singapore dollar, Philippine peso, Taiwan dollar and Indonesian rupiah all declined. The Asian Crisis sent ripples across financial markets all over the world.

Prior to the Asian Crisis, Thailand had a pegged exchange rate tied to the dollar. Again, the Thai baht became weaker in the marketplace and investors exchanged the baht for dollars. The Thai central bank spent more than $20 billion trying to maintain its pegged rate but ultimately had to lift it. Quite simply, the supply of baht exceeded the market’s demand for it and the government’s intervention only delayed and exacerbated the crisis. Over a five-week period, the Thai baht lost more than 20% against the dollar. Other Southeast Asian countries also had to surrender their fixed exchange rates.

This brings us, in a roundabout way to the current feud surrounding the yuan and dollar. As we have blazed through a selective short history of currency blow-ups, it should be clear that maintaining a peg not in harmony with market forces is a recipe for a costly disaster.

For ten years, the Chinese have maintained a fixed exchange rate of about 8.28 yuan to the dollar. As has been well documented, the U.S. has been a great importer of Chinese goods. We take their merchandise and they take our dollars. According to James Grant, "the dollars pile up on the balance sheet of the People’s Republic of China at the rate of $10 billion per month."  Such trends are unsustainable. At some point, the Chinese are going to have to stop acquiring dollars at the fixed rate. The yuan, it seems, is too cheap at that rate and the Chinese money supply is booming. People are eagerly swapping their dollars for yuan.

Meanwhile, money and credit are booming in China. As Grant writes, "It is therefore no accident that the Shanhai real estate market is on fire, that Chinese loan growth is burgeoning or that frightened Chinese monetary authorities have been unable to keep the lid on Chinese money-supply growth. By making the yuan too cheap, they have also, necessarily, made it too plentiful."

The resulting artificial boom in China is no good for the Chinese. A bust follows every such boom. If allowed to float, the yuan would presumably get stronger, and some of the money flows would slow or even reverse. It may be too late for China, whose government seems just as intent on destroying their currency as American officials seem bent on destroying the dollar—whether knowingly or not.

Count the yuan dollar fiasco as just another chapter in the long saga of man’s futile struggle to master paper money. The unattainable dream is to be able to produce as much of it as possible at near zero cost and yet also have it maintain its purchasing power in the real world of things.

The Only Successful Fixing of Exchange Rates

Murray Rothbard wrote "Governments don’t know, and don’t want to know, that the only successful fixing of exchange rates occurred, not coincidentally, in the era of the gold standard."  The reason is easy enough to understand. It worked because monetary units, like the dollar, were fixed in terms of their weight in gold. Gold has to be extracted, manufactured within the market, and cannot be created out of thin air. But government planners don’t like gold. It ties their hand. They can’t spend so freely because they know they have to redeem their monetary issues in gold. It checks their inflating ways.

It’s easy to be depressed when you look around and see the state of monetary affairs. But, as Rothbard noted, and as the short historical vignettes above show, we have one great force in our favor. As Rothbard cheerfully noted "Free markets, not only [in] the long run but often in the short run, will triumph over government power." The inability of governments to maintain fixed exchange rates in the face of opposing market forces is only further proof of their impotency.