GET NEWS AND ARTICLES IN YOUR INBOXPrint
A
A
Home | Mises Library | Markets Need Time, Not More Poison 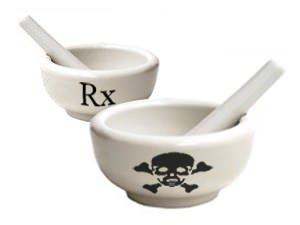 A recent story from the front page of the Wall Street Journal illustrates the bankruptcy of mainstream macroeconomic thinking. The piece contains so much nonsense that the only appropriate critique is to go through the article step by step:

Shrugging off a flurry of grim economic news, stock investors pushed the Dow Jones Industrial Average up more than 10% as they anticipated new medicine from the Federal Reserve.

I realize the WSJ is in the business of selling newspapers, and that calling injections of Fed funny money "medicine" is a catchy opening. But if our present crisis is the result of prior injections of artificial credit, then the medicine is in fact arsenic. What is especially ironic is that this very article later on alludes to the possibility that the housing boom was fueled by Greenspan's low rates. In any event, the most recent Fed cut was largely symbolic, since the actual fed funds rate (as opposed to the official "target" set by the Fed) had already been below 1 percent for some time:

Let's return to the article:

The case for more rate cuts strengthened Tuesday, with new reports showing the economy deteriorating sharply. The Conference Board said its monthly measure of consumer confidence hit 38.0 in October, the lowest level since the New York-based business research group began keeping records in 1967….The housing market also took a turn for the worse. Earlier in the summer, some housing indicators suggested home-price declines might be slowing. But the S&P/Case-Shiller home-price index for 20 large cities was down 16.6% in August from a year earlier, a record decline. Falling home prices can feed a downward housing spiral, creating pressure for more foreclosures and resulting in mortgage losses among banks.

It is true that spiraling home prices are the ultimate driver of the immediate problems, but to repeat, we are in the present mess because of an unsustainable boom in housing. Everybody agrees that investors foolishly bought into a rising market, and that the incredible appreciation in house prices was not based on fundamentals. How else will the economy move on, if these admittedly overvalued properties do not shed some of the gains during the artificial boom? Government efforts to prop up house prices will waste billions of taxpayer dollars and will only serve to continue denying reality.

The article touches on this point — unintentionally — when it says:

[T]he last time the Fed pushed rates [to 1%], it helped to plant seeds for the current credit bust, some economists argue, by contributing to a frenzy of borrowing by households and on Wall Street. That doesn't appear to be a concern for Fed officials now. Credit markets are so shaky and the economic outlook so unpromising, another speculative frenzy now looks remote.

What this passage overlooks is that the economy still needs to cleanse itself from the previous bout of malinvestments. Too many resources were channeled into housing (and other "high-order" sectors), and workers need to be laid off and transferred to more appropriate areas. (See this article for a simplified analogy to see exactly what this process entails.) The government is doing everything in its power to prevent this adjustment in light of the true economic realities. Alan Greenspan spurred an unsustainable boom, and now Ben Bernanke is preventing the recovery from it.

Ah, but we now come to my favorite part of the WSJ article. Get a load of this:

The US economy is still far from deflationary territory, according to the yardsticks the Fed favors. But some Fed officials have recently highlighted a risk that inflation could become uncomfortably low.

"Some prominent forecasters at this stage are concerned that inflation in future years could decline to levels below what is consistent with price stability," Janet Yellen, president of the Federal Reserve Bank of San Francisco, said in a speech earlier this month.

For the reader's benefit, I have put Yellen's statement in bold. I have no further commentary, except to say: Please read that bold statement once again, and really let it sink in. Orwell would be proud.

I won't bother quoting it, but the rest of the article compares the US situation to that of Japan in the 1990s. Needless to say, the lesson the WSJ draws is not, "Hmm, Japan's central bank tried ultra-low interest rates and massive growth in its balance sheet, and it still lost a decade to stagnation. Maybe the Fed should stop pursuing the same remedies."

The present crisis is scary, but only because no one knows what crazy new scheme the government will introduce every other day. Resources were invested improperly during the housing boom, and the economy needs time to heal itself. There is no way around this fact. The sooner the government gets out of the way, the sooner recovery can begin. But even "free market" media such as the Wall Street Journal cling to Keynesian pump-priming, which — by the media's own admission — didn't help Japan and in fact caused the housing boom.