GET NEWS AND ARTICLES IN YOUR INBOXPrint
A
A
Home | Mises Library | "It's Discrimination!" 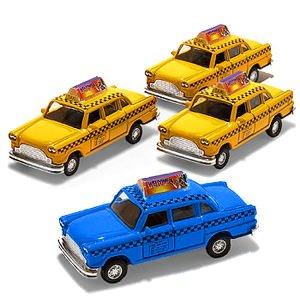 If there were a prize for the most boneheaded thing that one hears very frequently, it would have to be the astonishment and revulsion that is commonly expressed at the existence of discrimination. You are likely to have heard this horrified expression before: "It's discrimination!" Heavens above! Alert the authorities!

Quite often, this tiny statement, without any elaboration or explanation, is enough to provoke looks of shock or revulsion from others, or at the very least, solemn looks of concurrence and disapproval. In many cases, it will provoke fervent denials and apologetic defensive maneuvers from those accused of this heinous act, even if the accuser has made no attempt to deliver his case. The mere charge is enough.

If one does venture to ask questions about why discrimination is to be condemned, one may be treated to a slight elaboration as to what is upsetting people. One may be informed that so-and-so is discriminating on the basis of race, sex, age, sexual orientation, political affiliation, attractiveness, or some other factor that should not be a part of his decision making, and that just settles the matter, consarn it!

But what is relevant to rational thinking, moral conduct, and justice is not whether discrimination has occurred, or even whether such discrimination is made on the basis of some particular set of purportedly prohibited criteria; what should ultimately be at issue is the reasons why the factors used in a decision were used, and whether these factors do indeed form a rational basis for the inferences that underlie discriminatory decisions (by which I mean, all decisions). In assessing the rationality, irrationality, morality, or immorality of particular instances of discrimination, it behooves us to ask the reasons for discrimination and to assess these reasons in the light of the logic of inference. This may sound trite, but it is a step rarely taken in the rush to disparage the ghastly abstraction of "discrimination."

Discrimination is ubiquitous. It is not some conceptual defect or manifestation of hatred or stupidity. In its widest and most proper sense, discrimination is merely the drawing of distinctions between things, which is the basis for all concept formation and human knowledge. Whenever we form concepts from observations of the things around us and attempt to integrate these concepts into a consistent whole to form a sensible view of the world, we do so by differentiating between different things on the basis of their observable characteristics. In particular, when we form anthropic concepts — concepts pertaining to man — we do so by discriminating between different types of people on the basis of their observable characteristics. Discrimination between people is the basis for all anthropic concepts and all knowledge about man. It is the means by which we are able to condense all of our many experiences with other people down into some economized conceptual units that can be used to predict the unknown characteristics and behavior of others.

I'll give you an example: A study by the Washington Lawyers' Committee for Civil Rights under the Law found that taxicab drivers in Washington DC are less likely to pick up young black males than other people, and are less likely to drive passengers of any race to areas of the city with larger proportions of the black population.[2] Does this mean that cab drivers — including many black cab drivers — are incorrigible racists who see blacks as being genetically predisposed to crime? Not at all! To a cab driver in this situation, it doesn't make a lick of difference whether a particular race of people are genetically predisposed to commit crimes or not. All that matters in this context is that race and crime are correlated — they tend to occur together for some reason. And because these things tend to occur together, in the absence of having some more detailed information about a prospective passenger, the driver is correct to use the passenger's race, sex, and age as factors in his decision. He is correct to conclude that picking up a young black man in his cab (as opposed to picking up someone else) will increase the probability that he will be a victim of assault or other criminal conduct. The rational cab driver knows this, and acts accordingly, avoiding fares that he thinks are high risk, based on those characteristics he is able to observe about his prospective passengers.

Even sex and race discrimination, the coup de grande of modern taboos, often involve little more than the recognition that these characteristics are correlated with qualities and behaviors that are of legitimate interest in many decisions. When taxi drivers in Washington DC discriminate against young black men in their choice of passengers, they do so because they know that sex, age, and race are all correlated with violent crime, which they wish to avoid. These people are not bigots or morons — they are intelligent people who are implicitly applying the lessons of the science of statistical inference, even if they are only aware of these ideas on an intuitive or "common-sense" level.

Is it a breach of a person's civil rights to be denied taxi service on the basis of their race, sex, or age? According to civil rights groups, it is.[4] But unless one has some inherent right to service from others, then it cannot be a breach of rights when this service is denied, no matter what the grounds for the denial. Indeed, if rights are understood to be grounded in the nonaggression principle, then this must include the right to use one's property in a discriminatory manner, a fortiori when that discrimination is rational.[5]

A cab driver who operates his cab without engaging in rational race discrimination, sex discrimination, or age discrimination does the world no favors. While he will probably end up giving service to people who are not criminals, and who may have been avoided by other drivers, he is also more likely to give service to those who will rob and assault him. If he ignores his own rational inferences then he will weigh the risks against the rewards incorrectly, playing into the hands of violent thugs.[6]

Unfortunately, the cab driver has another set of violent thugs to contend with, since he is the target of the coercion of government and its activist minions. The government who punishes him for his rational inferences not only does the world no favors; it violates his rights and entrenches a system of mandatory irrationality that compels him to ignore relevant information in the decision problem he is faced with. Its antidiscrimination laws not only involve an unwarranted aggression, but they involve aggression in the pursuit of mandatory irrationality.

The absence of discrimination between people would make it impossible to gain a conceptual understanding of man and would force us to operate at a purely perceptual level, either treating people as interchangeable blobs without differentiation, or treating each person as a completely new and exceptional phenomenon. It would put us in the position of starry-eyed infants who observe each new thing as a unique and unknown phenomenon to be stared at in vacant wonderment.

Trite allegations of discrimination, usually made without any elaboration, completely ignore the relevant issue. What is crucial in evaluating other people is not whether we discriminate on the basis of this or that characteristic but whether the characteristics we use form a rational basis for our inferences. Are the distinctions that we draw sensible inferences based on genuine causal or empirical relationships between observed characteristics, or are they arbitrary judgments based on spurious ideas with no basis in reality? In short, the relevant issue is whether the discrimination we engage in is rational or irrational, not whether it is discrimination on this ground or that.

Notwithstanding the shrieks of horror that one is likely to encounter from the equity-and-diversity intelligentsia, this applies as much to race and sex discrimination as to any other form of judgment and discrimination. What matters is not whether characteristics like race, sex, and age are used as means of differentiation and judgment but whether they are used rationally to infer other characteristics of interest on the basis of some known correlation or causal relationship between them.

The sole impediment to this expansion has been the normal inertia of political change, with each new expansion meeting withering resistance until it becomes a normal and allegedly indispensable part of antidiscrimination law. Throughout this process, the general philosophical principle that implicitly or explicitly forms the basis for change is that discrimination on any ground is abhorrent. This is what is said, and this is precisely and literally what is meant.

Unfortunately, many libertarians who oppose antidiscrimination laws accept the false position that discrimination on the grounds of race, sex, age, and other demographic criteria is necessarily morally abhorrent.[10] While one may commend the delineation of moral and political issues that this entails, this position understates the seriousness of the issue. Antidiscrimination laws should not be seen as bad methods in the pursuit of good goals. They are bad methods in the pursuit of a tyrannical goal. 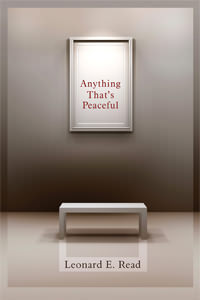 [1] Remember that correlation between characteristics does not imply a causal relationship between them.

[2] Ridley, S.E., Bayton, J.A. and Outtz, J.H. (1989) Taxi service in the District of Columbia: is it influenced by the patrons race and destination? Washington, D.C. Lawyers' Committee for Civil Rights under the Law.

[3] For a more detailed elaboration of this moral argument, see Ben O'Neill, "The Antidiscrimination Paradigm: Irrational, Unjust, and Tyrannical." The Independent Review 13(4), pp. 529–558.

[4] The Equal Rights Center in Washington DC called on regulatory bodies to take "aggressive action" to combat taxi discrimination. They complained that

The District is plagued by blatant and widespread race discrimination by taxicab companies and their drivers. Each year, thousands of minority residents and visitors are unable to hail a taxicab in the District of Columbia because of the color of their skin or because they want to go to a predominantly African-American neighborhood. It is clear that despite the egregious nature of this problem, the District of Columbia's sporadic efforts over the years to address it have been ineffective and wholly inadequate. (p. i)

[5] Of course, in the case of taxi drivers, the property in question (the taxicab) belongs to the taxi company, so that it is the company's prerogative to decide who can be denied service. This would be subject to any contractual agreements they have undertaken with drivers or others.

[9] PILCH (2007) Discrimination on the Grounds of Homelessness or Social Status. Report to the Department of Justice.

[10] For example, in the course of arguing against antidiscrimination laws, libertarian economist Art Carden states the following:

I hope that people find discrimination on the basis of race, religion, sexual orientation, physical "handicaps," and other arbitrary criteria morally repugnant. I do. However, my disapproval of another's attitude does not give me the right to use force to correct their erroneous ways.