How the "Great War" Began 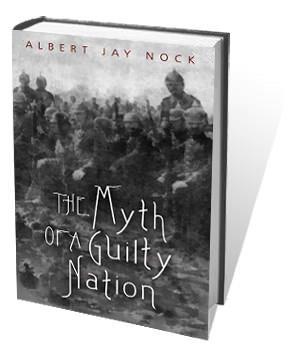 [Introduction to The Myth of a Guilty Nation]

Albert Jay Nock wrote one of the first American books of World War I Revisionism — revising the received story of why WWI began. As a lover of history, what I find particularly fascinating about his book The Myth of a Guilty Nation is not whether this is the best explanation for WWI. What is fascinating is the great contrast Nock makes between two wholly different views of the origin of the war. What "everyone knew" about the origins of The Great War at the time is quite different from what "everyone knows" now.

The common American notion was that Germany was responsible for the war. No less a personage than David Lloyd George declared,

What are we fighting for? To defeat the most dangerous conspiracy ever plotted against the liberty of nations; carefully, skilfully, insidiously, clandestinely planned in every detail, with ruthless, cynical determination.

By reading the book we start to see just how differently people viewed the origin of the war at the time, especially in the United States. Since WWI the revisionists won many of the battles, WWI is usually viewed today more as a tragedy, a pointless disaster, the effect of secret diplomacy, general militarism, etc. The reader today is therefore unaware of how many Americans understood the war as the sole outcome of a German conspiracy for plunder. While today we know Europe was an armed camp, the pro-allied propaganda claimed that Europe was unprepared for war. Nock makes the reader aware of the great extent to which the allied politicians continually lied to blame Germany and justify the war, or at least told stories with no regard for the truth. No wonder Hitler found British propaganda so inspiring. In fact the story at the time made it sound like Germany was trying to overrun Europe the way Hitler temporarily did a few decades later.

What Nock brings to the fore is the extent to which WWI may be viewed as the opposite of a conspiracy by Germany. If there was a conspiracy it would have been by the allied Entente powers. To a large degree it was blundered into by state officials, whose desire for peace was fatally undermined by their imperialist ambitions. 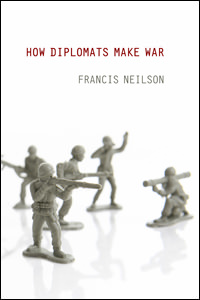 We should first note that Nock also touches on how many powerful parties simply wanted peace. However, small powerful parties in France, Britain, and Russia all pushed for war and created secret treaties amongst each other. As Ralph Raico has pointed out, English foreign policy was dominated by a small, secret clique no more answerable to Parliament and the people than a dictatorship like Nazi Germany. Those who knew of England's secret obligations lied to Parliament and denied their existence.

In Nock's book, this is roughly what happened to start WWI: Serbia and the Balkans had a foreign policy dominated by Russia. The assassins of Archduke Ferdinand were linked to the Russian prowar clique. Russia had been "test" mobilizing since the spring of 1914, and its army alone was equal to Germany and Austria-Hungary combined. Russia had a secret treaty with France calling for France to support Russia if Russia mobilized and went to war. The UK had a secret treaty with France calling for it to support France during war, and, to a much lesser but important degree, Russia. Bound by secret treaties, all three powers found themselves thrust into war. Germany saw itself encircled by superior numbers. (Therefore it had to defeat France and Russia in decisive battles before it succumbed in a war of attrition.)

The assassination of the Archduke Ferdinand, conveniently for the prowar Entente cliques, set off the train of powder to the powder keg of a general European war of France, Russia, and England against Germany and Austria-Hungary.

For sources, Nock makes great use of Belgian diplomatic correspondence, which noted little evidence of German aggression. The Soviet Union also released many embarrassing secret documents from the Tsarist archives. Nock highly recommends English Liberals Francis Neilson's and E.D. Morel's works of WWI revisionism. (Neilson's How Diplomats Make War is hard to read, while Nock's is a breeze. Neilson focuses more on how English and other nations' diplomats created uncertainty.) It should be noted too that Nock shows evidence that Belgian neutrality was a fig leaf to justify unpopular UK involvement.

What makes this book worth reading is not whether this is the best explanation for WWI. It is worth seeing how small groups of state officials engaged in secret actions that led to a catastrophic war, and continually lied throughout the whole process to provide themselves ideological cover. What is fascinating is the great contrast Nock makes between two wholly different views of the origin of the war. While history and reality seem settled and known, people at different times have radically different understandings of the exact same events.