The Failed Moral Argument for a "Living Wage" 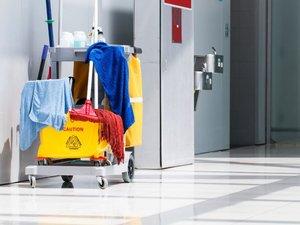 With Labor Day upon us, newspapers across the US will be printing op-eds calling for a mandated “living wage” and higher wages in general. In many cases, advocates for a living wage argue for outright mandates on wages; that is, a minimum wage set as an arbitrary level determined by policymakers to be at a level that makes housing, food, and health care “affordable.”

Behind this effort is a philosophical claim that employers are morally obligated to pay “a living wage” to employees, so they can afford necessities (however ambiguously defined) on a single wage, working forty hours per week. This moral argument singles out employers as the morally responsible party in the living wage equation, even though the variables that determine a living wage go far beyond the wage earned.

So, what matters is not the nominal wage paid by the employer, but the real wage as determined by the cost of everything that a wage is used to purchase.

Why Is Only the Employer Responsible?

So, if it’s the real wage that matters, why is there a fixation on the nominal wage itself? After all, wages, in real terms, could be increased greatly by forcing down food costs and rents. So, why is there not a constant drum beat for grocers to lower their prices to make necessities affordable? Why are activists not picketing outside grocery stores for their high prices? Why are they not outside KB Homes headquarters for KB’s apparently inhumane efforts at selling homes at the highest prices that the market will bear? Why are people not picketing used car dealers for not lowering their prices to make transportation affordable for working families? And why are gas stations strangely exempted from protests over the high cost of gasoline? Certainly, all of these merchants are just as instrumental in determining real wages as any employer. Grocers, landlords, home sellers, and the owner of the corner gas station can put a huge dent in the family budget when they allow their “greed” to impel them to charge the highest prices they can get away with in the market place.

And yes, it’s true that plenty of activists regularly denounce landlords as “slumlords” or greedy capitalists for charging the highest rents the market will bear. And there are still plenty of activists who argue for price controls on rents and food. But they’re in a small minority nowadays. The vast majority of voters and policymakers recognize that government-dictated prices on food and housing lead to shortages. Setting a price ceiling on rents or home prices simply means that fewer housing units will be built, while setting a price ceiling on eggs, or milk or bread will simply mean that fewer of those staples will be brought to market.

Such assertions are barely even debated anymore, as can be seen in the near-extinction of new rent-control efforts in the political sphere. You won’t see many op-eds this Labor Day arguing for price controls on fruit, gasoline, and apartments. You won’t see any articles denouncing homeowners for selling their homes at the highest price they can get, when they really should be slashing prices to make homeownership more affordable for first-time homebuyers.

So, for whatever reason, homeowners, grocers, and others are exempt from the wrath of the activists for not keeping real wages low. The employers, on the other hand — those who pay the nominal wage — remain well within the sights of the activists since, for some arbitrary reason, the full moral obligation of providing a living wage falls on the employer.

Were food prices to go up by 10 percent in the neighborhood of Employer X, who is responsible? “Why, the employer, of course,” the living-wage activists will contend. After all, in their minds, it is only the employer who is morally obligated to bring up real wages to match or exceed an increase in the cost of living.

A Low Wage Is Unacceptable, but a Zero Wage Is Fine

And this leads to the fact that when faced with high wages, employers will seek to replace employers with non-human replacements — such as these automated cashiers at McDonalds — or other labor-saving devices.

But this phenomenon is simply ignored by the living-wage advocates. Thus, the argument that employers are morally obligated to not pay low wages becomes strangely silent in the face of workers earning no wage at all.

Indeed, we see few attempts at passing laws mandating that employers hire human beings instead of machines. While it’s no doubt true that some neo-Luddites would love to see this happen, virtually no one argues that employers not be allowed to employ labor-saving devices. Certainly, anyone making such an argument is likely to be laughed out of the room since most everyone immediately recognizes that it would be absurd to pass laws mandating that a road builder, for example, hire people with shovels instead of using bulldozers and paving machines.

Meanwhile, successes by living-wage advocates in other industries — where automation is not as immediately practical — have only been driving up prices for consumer goods. Yes, living wages in food, energy, and housing sectors will squeeze profits and bring higher wages for those who luckily keep their jobs, but the mandates will also tend to raise prices for consumers. This in turn means that real wages in the overall economy have actually gone down, thanks to a rising cost of living.

All in all, it’s quite a bizarre strategy the living-wage advocates have settled on. It consists of raising the prices of consumer goods via increasing labor costs. Real wages then go down, and, at the same time, many workers lose their jobs to automation as capital is made relatively less expensive by a rising cost of labor. While the goal of raising the standard of living for workers and their families is laudable, it’s apparent that living wage advocates haven’t exactly thought things through.