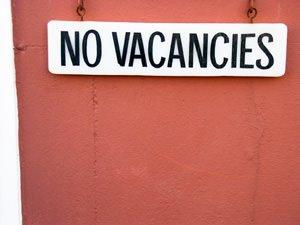 “Many cities are pricey places to live.” That was the opening line and major premise of a recent Los Angeles Times opinion piece advocating that high-cost cities raise minimum wages to mitigate the problem. I was struck by the fact that for years, the exact same basis was used by the same left liberal groups to justify rent controls. Apparently, high costs of living, largely caused by a panoply of government taxes, regulations, and restrictions, justify still more government-imposed coercion in both the labor and housing markets. Unfortunately, those government “solutions” are not only based on flaws in basic economic logic, but they are mutually contradictory.

Both the minimum wage and rent control, despite the fact that the first forces prices up and the second forces prices down, reduce the quantity of the good in question exchanged. That makes them counterproductive “solutions” to the problems faced by those who are unable to sell enough of their labor services or unable to purchase enough housing services. But the rhetoric employed disguises the fact that they make the central problem worse rather than better.

For the low-skilled, minimum wage advocates frame the issue as “If you could earn more per hour, you would be better off.” But that sneaks in the false assumption that wanting to work more at higher wages means you will be able to work more, when those wages are imposed by government.

Low-skill workers would be willing to work more at higher wages, other things equal (reflecting the law of supply). However, higher wages reduce how many of their services employers will hire (reflecting the law of demand). Therefore, the increased willingness of low-skilled workers to offer services for hire will be irrelevant to the actual results, because fewer jobs will be available. Rather than being able to sell more services at higher wages, they will actually be able to sell fewer services, and some will be completely priced out of jobs, earning nothing.

Symmetrically, rent control advocates frame that issue as “If you could rent for less, you would be better off.” But that sneaks in the false assumption that wanting to rent more housing at a lower price means you will be able to rent more, when those rents are imposed by government.

Rent control will increase how much housing renters will want to “buy” (reflecting the law of demand). However, they reduce how much landlords are willing to offer (reflecting the law of supply). Therefore, the increased amount of housing that families desire, thanks to mandated lower rents, will be irrelevant to the actual results, because rent control will make less rental housing available. Rather than being able to consume more housing at lower rents, renters will get less housing, and some may be priced out of housing altogether.

Beyond heightening the central problems facing financially strapped families in the labor and housing markets, rather than ameliorating them, the argument for higher minimum wages shows the glaring error in the argument for lower rental price ceilings, and vice versa.

Those who advocate for price controls such as minimum wages and rent controls justify both on the basis of compassion. But they ignore the far from compassionate violations of employers’ and landlords’ property rights imposed (reflecting Will Rogers’s quip that “I remember when being liberal meant being generous with your own money”).

Despite their coercive abuses, because of logical lapses, both also present lower-income individuals and households with fewer options rather than more, harming many intended beneficiaries. And no amount of compassion justifies harming employers and landlords by forcing them to also impose harm on low-skill workers and low-income households.