The High Cost of Minimum Wages 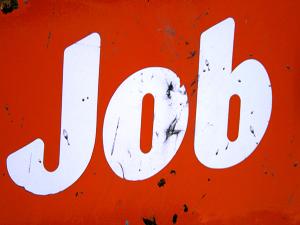 In Switzerland on May 18 there was a vote to establish a minimum wage rate at a world record $25 an hour: the vote was rejected overwhelmingly as an estimated 76 percent voted against it.

As USA Today reported, there have been strong opinions in both directions. Luisa Almeida, a Portuguese immigrant working in Switzerland, said that she’s against the increase because according to her, “if my employer had to pay me more money, he wouldn’t be able to keep me on and I’d lose the job.” Furthermore, even though Switzerland does not currently have any laws regarding minimum wage rates, Luisa said she already makes more than she would at home in Portugal (where minimum wage is $4.19 per hour).

On the other hand, senior economist in the Wage Group of the International Labor Office in Geneva, Patrick Belser, argued that “international experience has shown that minimum wages can prevent labor exploitation without having any negative effect on the economy,” but that perhaps the proposed rate might be too high.

Aside from such emotionally charged language — as the very word “exploitation” is inappropriate when discussing voluntary relations among individuals — Belser doesn’t say how he can possibly distinguish between wage rates that are too low or too high versus rates that are just right.

In fact, if one were to go off “international experience” alone — an approach that is hardly adequate, yet has been dissected elsewhere — one would have to conclude that minimum wage rates are clearly harmful for workers. Thus in the US where minimum wage is $7.25 an hour, the average household income is $4,300 a month; in Switzerland, where there is no minimum wage, the average is $6,800.

Nevertheless, in order to positively answer the question of whether or not minimum wage laws can actually be successful in permanently raising wage rates, statistics only go so far; in order to interpret them, reference must be made to sound economic theory.

According to the latter, the only way to raise real wage rates — which are unarguably more important than money wage rates, since money is only valued on the basis of the real goods it can be exchanged for — is to raise the marginal productivity of labor. What is meant by “marginal productivity” is nothing more than the relative contribution a productive factor makes to the production process, and it is increased through capital accumulation, such as the building of bigger, better machines, etc.

Moreover, it isn’t labor per se that is actually bought on the market by employers — as people themselves cannot be bought and sold — but more specifically labor services, the prices of which are determined by supply and demand — as are all prices in the economy.

In this vein, it is prudent to think of minimum wage statutes in the same manner that one thinks of price controls generally: if a given price is forced below the market rate, shortages will occur; if a price is forced above the market rate, unsold surpluses will accumulate. The nuisance of unemployment, then, is to be simply explained as a surplus of labor services, the natural result of minimum wage laws which force wage rates above the market price.

Insofar as concern is expressed for low-income workers — the ones whom minimum wage laws are intended to benefit — it seems rather arbitrary and unwarranted to not be concerned also about those that will lose their jobs.

But it has become a common habit of thought among economists to separate aspects of the economy into neatly separated compartments, leading them to gloss over the cause-and-effect relationships mentioned above. An example is the very existence of the Wage Group of which Belser is a part. Other examples include such sub-disciplines as financial economics, information economics, agricultural economics, etc., none of which are integrated with the others.

Yet by approaching the issue from such a close-minded perspective, one is certain to miss the broader picture, namely that the market economy is a complex, interconnected system, and that market prices are interdependent.

Thus to the extent that low-income workers are not laid-off and minimum wage laws appear to be successful in raising wage rates, what remains unseen is the redirection of resources that ensues. In other words, producers will simply buy less labor since it is now more expensive, and will likely choose to invest in other opportunities which now appear more profitable than before.

Returning once more to that immutable law of supply and demand, when the demand for a good or service declines while the supply for sale remains the same, the price will decline also. So to the extent that wages increase, the business demand for labor services will in turn decrease, which has the effect of returning wages relatively to their former levels.

Aside from lay-offs, all of this may be seen through cutting hours (specifically overtime hours), cutting benefits (such as pensions or health insurance), or simply outsourcing, none of which benefit low-income workers.

It bears repeating that the only way to raise wages in the market economy, whether in Switzerland or elsewhere, is to increase the marginal productivity of labor, a goal that cannot be attained through government intervention, but only through sound investment.

As economist and Nobel Prize laureate F.A. Hayek summarized quite well, prices contain information about efficient courses of action. Prices in this sense function as signals assisting all market participants (entrepreneurs, laborers, etc.) to satisfy their desires. Without prices, there would be no way to decide between the profitability of various alternatives.

However, by interfering with the market process in any way whatsoever, the price system is disrupted from functioning as it normally would and begins to give unreliable signals. The inevitable outcome is always lower standards of living for those concerned.

Left alone, the market always allocates resources to the highest bidder i.e., to their most highly valued uses and through this process of investment and reinvestment, capital is accumulated and the marginal productivity of labor increases. Thus when the market remains free, wages and living standards are seen to continually increase as well.