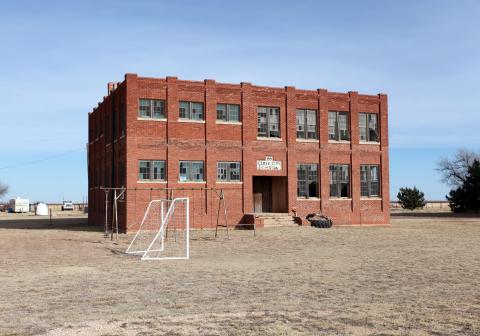 In 1837, Horace Mann became the first secretary of the State Board of Education for Massachusetts.  According to most accounts, this event marks the beginning of the common school era.1  Mann led the fight to institute common schools, and his influence extended from New England to America as a whole.

There were several reasons reformers such as Mann wished to inculcate American youth in tuition-free public schools.  One reason was to create a unique American culture and character that could be used to mold the large number of recent immigrants to our country in the reformer’s image.  This would include instructing the young in the blessings of democracy.

Even Thomas Jefferson and Ben Franklin agreed that (mostly Catholic) immigrants from monarchal countries would likely bring their political ideas across the seas with them.

Other well-publicized reasons for reform were the ideas that private schools were elitist, and did not serve the bulk of America’s youth.2 If education could be provided at no cost (that is, other than through taxation) to the American people, then more children would attend school.  Poor children could then receive an education, raise their station in life, and a “real” democracy where social differences were a thing of the past would ensue.

Anyone familiar with free-market economics would argue that private schools meet the needs of their customers better than public schools.  So what happened to make education different from any other good produced in the market?  In short, what happened was that the story told by the reformers was not true.

In a previous  Mises Daily article, I outlined how literacy was increasing and curricula were diversifying due to the effect of private schools in America.3  Contrary to the cries of the educational reformers of the common school movement, attendance in schools was increasing as well.

Albert Fishlow’s study of the period 1790 to 1840 provides some valuable insights into school attendance.  Schools in the South, criticized repeatedly by the reformers, had higher enrollment rates in 1830 than in 1840.  Fishlow finds that many rural states that were called backward by the reformers (Indiana and Illinois for example) had higher attendance rates in 1830 than states with public school systems in place in 1840 (Ohio for example).  Fishlow concludes that there is “no evidence of a radically weakened educational resolve over this period 1800-1830, except in relation to a substitution of private for public effort.”4

Not long after the common school movement began, a new movement appeared.  This new movement called for compulsory attendance.  Massachusetts passed a compulsory education law in 1852, although the Plymouth and Massachusetts Bay settlements had compulsory laws in the seventeenth century.5  The New England colonies were the first to pass such laws and then the movement spread westward and south.  By the time Mississippi adopted it in 1918, every state in the Nation had ratified compulsion.

As was the case with public education, the reformers gave numerous reasons in support of compulsory education.  Immigration, education as a prerequisite for democracy, and the supposed evil of private schools were still offered.  Now, the argument of misfit parents was added to the list of reasons.  But even if one believes that forcing kids into public schools will cure society’s ills, it must do so by increasing attendance rates.  The common school movement only substituted public attendance for private attendance.  Did compulsory attendance laws increase attendance in schools?

The answer seems to be no.  Folger and Nam studied school attendance in the late nineteenth century.  They found that between 1850 and 1890, three-fourths of enrollment growth was due to population increases, while only one-fourth could be attributed to actual increases in enrollment.  Their findings indicate that compulsion is a very weak factor in increasing attendance.6  As far as the twentieth century is concerned, Folger and Nam agree with the findings of the Chicago economist George Stigler.  Stigler finds no significant correlation between compulsion and enrollment.  He does note, however, that between 1900 and 1949, teacher salaries rose 709% while per-capita income rose by only 513%.7

If public schools and compulsory attendance laws did not lead to increases in attendance, then why advocate either one?  Or maybe a better way of phrasing the question is to ask how a system of public and compulsory education would benefit the educators and politicians who advocated such a system.

One benefit of compulsion to teachers was hinted at above—to increase their salaries.  An increase in demand leads to an increase in price, ceteris paribus.  So an increase in the demand for education, whether natural or coerced, raises the price of an education.  These new students have to be educated by someone.  And since the education system is being funded by tax dollars rather than by the demanders themselves, it becomes much easier to increase salaries (regardless of competence).

So by making the school system public rather than private, teachers and administrators also insulate themselves from the wishes of students and parents—the ultimate consumers of education.  This insulation from market forces solidifies the power of the elite group of educationists for years to come.  The suppliers, not the demanders, choose the curricula, the textbooks, decide the certification process for teachers, etc.  They run the whole show, and only have bureaucrats to please rather than consumers.  Not only are bureaucrats easier to please since they don’t spend their own money, but if the politician/bureaucrat needs information to placate angry demanders, to whom do they turn?  The educationists, in the positions of power, have all of the “relevant” information.

And what of the bureaucrat—what does he get out of this system?  Public education, with the added feature of compulsion, reduces the cost to politicians of making wealth transfers.  The cost of making transfers is diminished by reducing the opposition to transfers.  If politicians can reduce the cost of transferring wealth by reducing the opposition to them, then they can continue to authorize transfers to interested parties for a price.

Public education reduces opposition to wealth transfers by teaching students that redistribution, public works, and democracy are the American way.  War and crisis increases the size of government.  Public education tells us we need government all the time.  Public education introduces the mantras of democracy to the young.  Democracy keeps the two major parties in power, keeps their spoils flowing in, and tells us that intervention is okay because the majority voted for it.

The conclusion is that public schools and compulsory attendance laws benefit educators, administrators, and politicians more than citizens or their children.  But one could draw deeper conclusions.  Through the Mises Institute and other free market organizations, one can find books on the evils of all kinds of intervention and democracy, and how once instituted these evils begin to destroy us as individuals, then our families, and even society itself.