GET NEWS AND ARTICLES IN YOUR INBOXPrint
A
A
Home | Mises Library | The Climate Debate: When Science Serves the State

The Climate Debate: When Science Serves the State 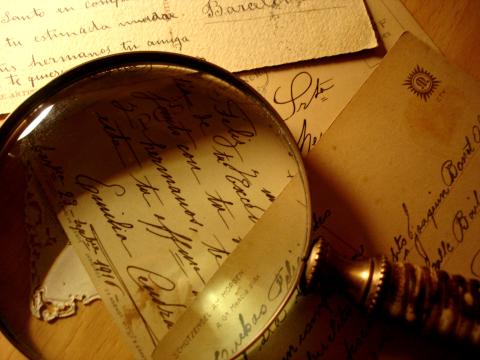 Worldcom: $10 billion inflation of profits through failure to record expenses. CFO Scott Sullivan reduces prison term through plea bargain in which he cooperates with prosecution of former CEO Bernie Ebbers, now on trial.

Arthur Andersen: auditor of Enron and Worldcom loses accounting license in consequence of these and other scandals and is liquidated, putting 65,000 employees worldwide out of work. Sarbanes and Oxley launch Congressional initiative resulting in the eponymous act of Congress to curb future abuses of corporate trust.

United Nations Intergovernmental Panel on Climate Control (IPCC) sponsors adoption of the Kyoto Protocol by most industrialized nations around the world, with estimated costs of legally binding compliance estimated at over $150 billion per year. The chief promotional artifact in the proceedings, the "hockey stick" historical temperature chart of IPCC Third Scientific Assessment Chapter Lead Author Michael Mann , is shown to be based on a computer program that produces hockey sticks from over 99 percent of ten thousand samples of random noise fed to it. Stephen McIntyre, retired Canadian minerals consultant, demonstrates numerous other defects and distortions in both the data and statistical methodology, ultimately the subject of a front-page article in the Wall Street Journal of February 14 and a follow-up editorial on February 18.

Anyone sent to jail on that last one? That biggest one, by far? No.

Any charges? No, and none anticipated.

Lawsuits? None yet (possible reason: too many plaintiffs).

Any bankruptcies? Certainly not of the IPCC, nor of the tax-funded agencies that paid for the research that culminated in the hockey stick.

What about the auditor? There is no auditor. No audits? No, except for the self-funded undertaking of McIntyre and partner Ross McKitrick, and Dr. Mann has cut them and apparently everyone else off from further information on the mysterious process that "proved" an episode of global warming in the Twentieth Century and pointed to human activity as the guilty party.

Congressional action? Well, the US Senate has declined to ratify the Kyoto Protocol, but that’s about it.

Government investigation? Despite the fact that the US government funded eleven out of the twelve "Funded Proposals" cited in Dr. Mann’s curriculum vitae , it neither conducts audits of the results reported nor requires that information be made available to others for conducting audits at their own expense and initiative.

But the Kyoto Protocol remains in force and legally binding.

Government and science have found each other, and the spawn of this marriage look set to destroy global wealth on a scale that will render the greatest of history’s wars trivial by comparison. The ultimate outrage of all this is that the people who are subjected to the ravages of the wrong-headed policies promoted by these self-seekers are taxed to pay for the production of this junk science to begin with.

Scientists, like the rest of us, have among their number many members of a certain very dangerous group: those who would govern. And like the governing class everywhere, they seek to govern without the encumbrance of having to tolerate dissent from those who pay their salaries and experience the consequences of the policies they emplace.

Indeed, they resist inquiries from the unannointed into the bases of their pronouncements and, while feeding on the tithes exacted from the unwashed, insist on handing their pronouncements down as dicta that may not be questioned. The flavor of this may be discerned palpably in a visit to realclimate.org, a Web site launched early this year by climatologists and other "scientists" (today’s codeword for priest).

This Web site expresses the "frustration" felt by real scientists who have to contend with the inquiries and ignorance of non-scientists who are inflamed by their petty suspicions that they are being oppressed in the name of bogus theories. As well, it provides an eight-point set of standards for article comments (which are required to be "constructive" among other things). In "language your parents could understand," the Web site provides a "Dummies’ Guides" to its subject, and the impression that they truly regard their audience (and parents) as dummies is irresistible.

What the site does not provide in its Links section is a link to the Web site of  the opposition, the more-modestly named climateaudit.org, set up about the same time to publicize flaws detected in the data and mathematics of the "hockey stick" found by semi-retired minerals consultant Stephen McIntyre of Toronto. Yes, this site does provide a link to realclimate, and doesn’t seem to qualify comments or commenters. Some of the comments on climateaudit are hostile to articles and comments on the site, while over at realclimate, things are eerily more-harmonious. I’m always grateful when the propagandist’s hand is so easily discerned.

Actually, as described in the Wall Street Journal editorial of February 18, two climatologists, Willie Soon and Sallie L. Baliunas, had the temerity to advance criticism of Mann’s article in 2003. The tsunami of protest from the academy against this suggestion that man may not be warming up his planet after all would have made Trofim Lysenko , the Soviet Union’s quack official geneticist of the 1930s, proud.

The "fact" of global warming is today as entrenched in the government-sponsored academy as ever was Lysenko’s theory that acquired traits, such as selfless devotion to the common good, could be inherited by the children of parents so indoctrinated. In the abject retraction  by the journal that carried Soon and Baliunas’s heresy, Climate Research, they announce the resignations of their editor-in-chief and two other editors.

Peer review, the overrated orthodoxy-dominated system by which journal articles are supposedly vetted, has turned into a mechanism for enforcement of the ruling paradigm, if it was ever anything else. Among other things, it did not catch the errors in Mann’s seminal article. But peer review, which is not only unpaid, but highly political as well, has as a matter of practice never entailed what McIntyre calls an "audit" of the data and mathematics involved in developing the conclusions arrived at in an article.

Because of this, not only do journals not make a practice of publishing the data and algorithms behind the development of the conclusions, but peer reviewers virtually never have occasion to request the information either. A few exceptions such as the journals of the American Economic Association, have begun to appear.

Michael Crichton, whose current novel State of Fear describes a vast hoax perpetrated on a fearful world by rogue climatologists, is predictably excoriated on realclimate. Crichton stands to make a very large amount of money from acting on the skeptical side of this controversy.

But the greatest credit must go to the unpaid Stephen McIntyre and his partner in this quest, Ross McKitrick. They are the ones who first blurted out: "The professor has no clothes!"