GET NEWS AND ARTICLES IN YOUR INBOXPrint
A
A
Home | Wire | Yellen: The Economy May Be Weaker than We Thought

Yellen: The Economy May Be Weaker than We Thought

“My colleagues and I may have misjudged the strength of the labor market,” Yellen announced on Tuesday, adding that they'd also misjudged "the degree to which longer-run inflation expectations are consistent with our inflation objective, or even the fundamental forces driving inflation."

Yellen also "noted that the labor market, which historically has been closely linked to inflation, may not be as tight as the low unemployment rate suggests."

In other words, Fed economists are concerned by the fact they've been unable to achieve their arbitrary 2% price-inflation objective, which they believe indicates a healthy level of economic activity. Moreover, they're concerned the low unemployment rate — which can be deceptive since it can show a "tight" market even in the presence of unemployed discouraged workers and involuntary part-timers — is not telling the whole story.

The end result is that the Fed is not at all sure that it can continue with its promised path of raising the target interest rate as has been the "plan" for the past several years.

As we've noted here at mises.org before, the Fed has a habit of announcing big plans to scale back quantitative easing, and increasing the target rate — only to later backtrack or downplay the extent to which it will "normalize" monetary policy.

Since 2009, the target rate has been at rock-bottom rates. Over the past year, the Fed has raised the target rate from 0.5 percent to 1.25 percent, but this has only gotten the rate back up to where it was when it was attempting to stimulate the economy in the wake of the dot-come bust in 2001. On other words, the Fed is still deep into "stimulative monetary policy" territory. 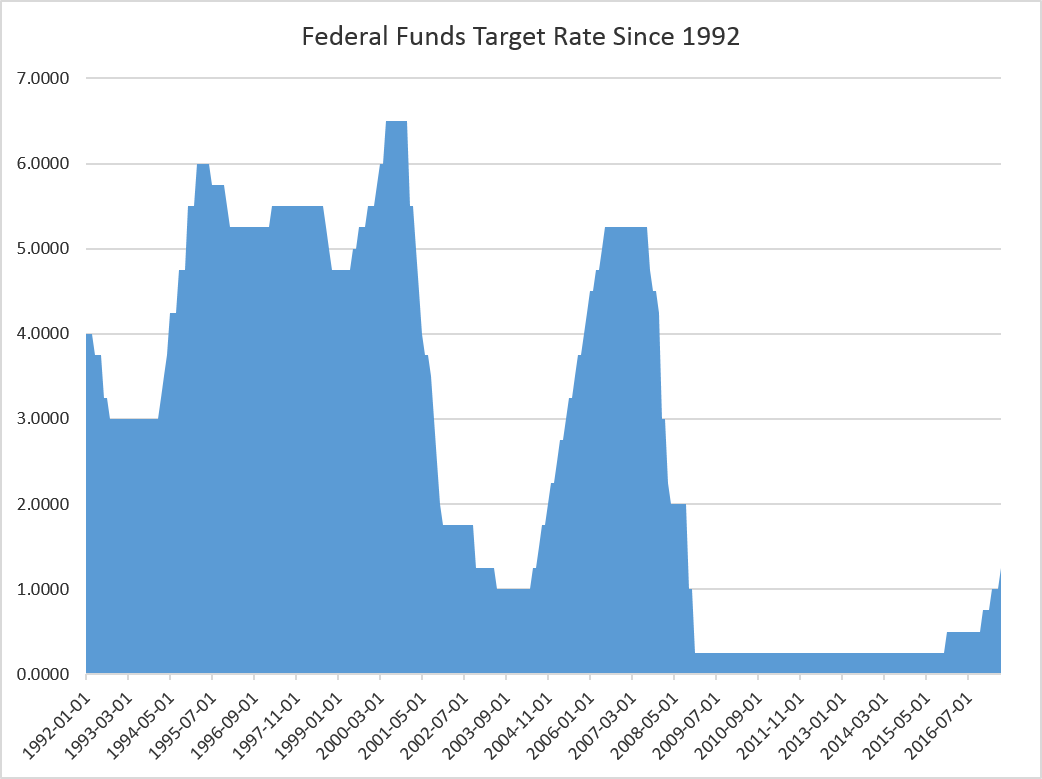 And now we're being told that the Fed may have overestimated the rate to which it can scale back monetary policy.

Looming over the latest admission of "miscalculating" the economy's success is the ongoing myth that the Fed and its economists are wisely and carefully steering the economic ship to a safe port.

Actual experience — given that the target rate was kept near zero for eight years — more suggests panic and dismay, rather than the presence of a steady hand.

If we look at the Federal government's own data on incomes through 2016, we find an unimpressive record indeed. 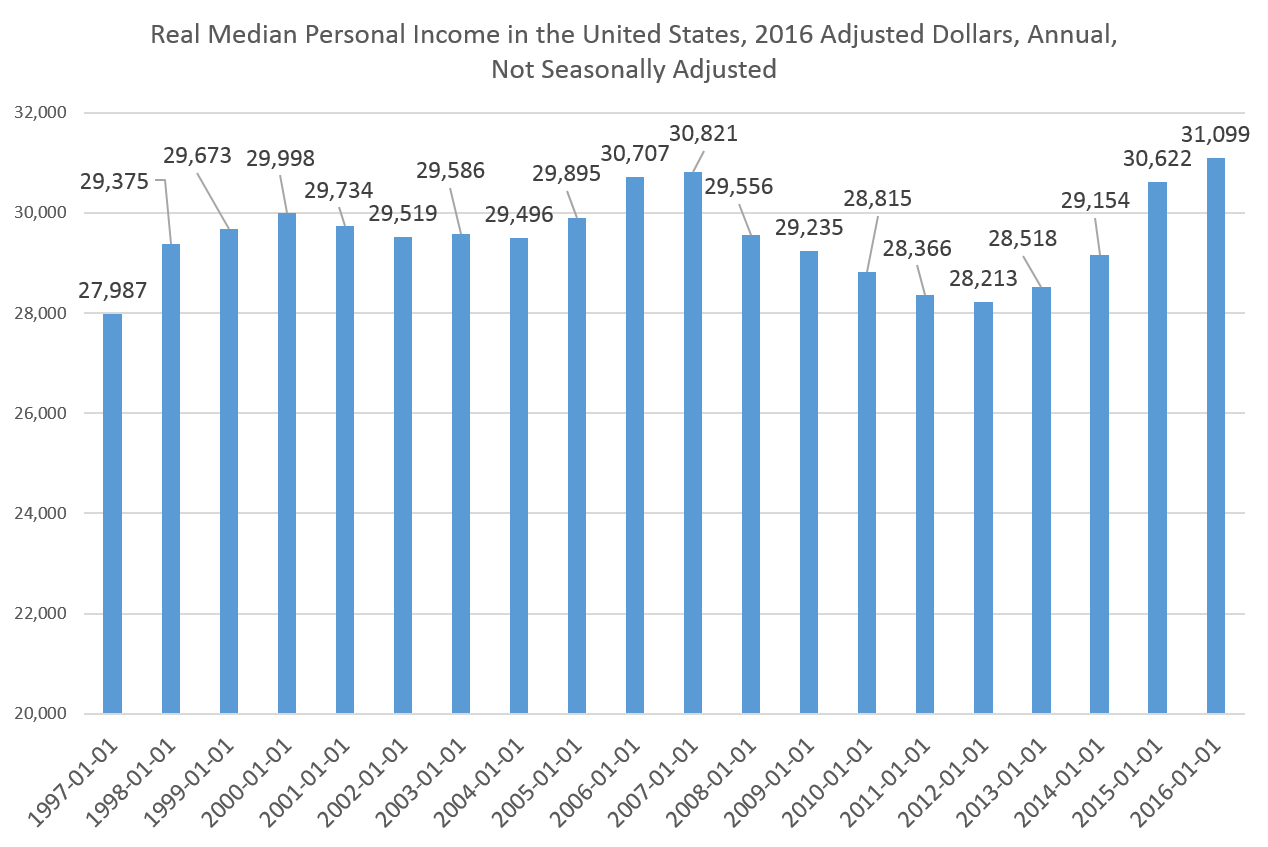 We see a similar picture with both median family income and median household income. 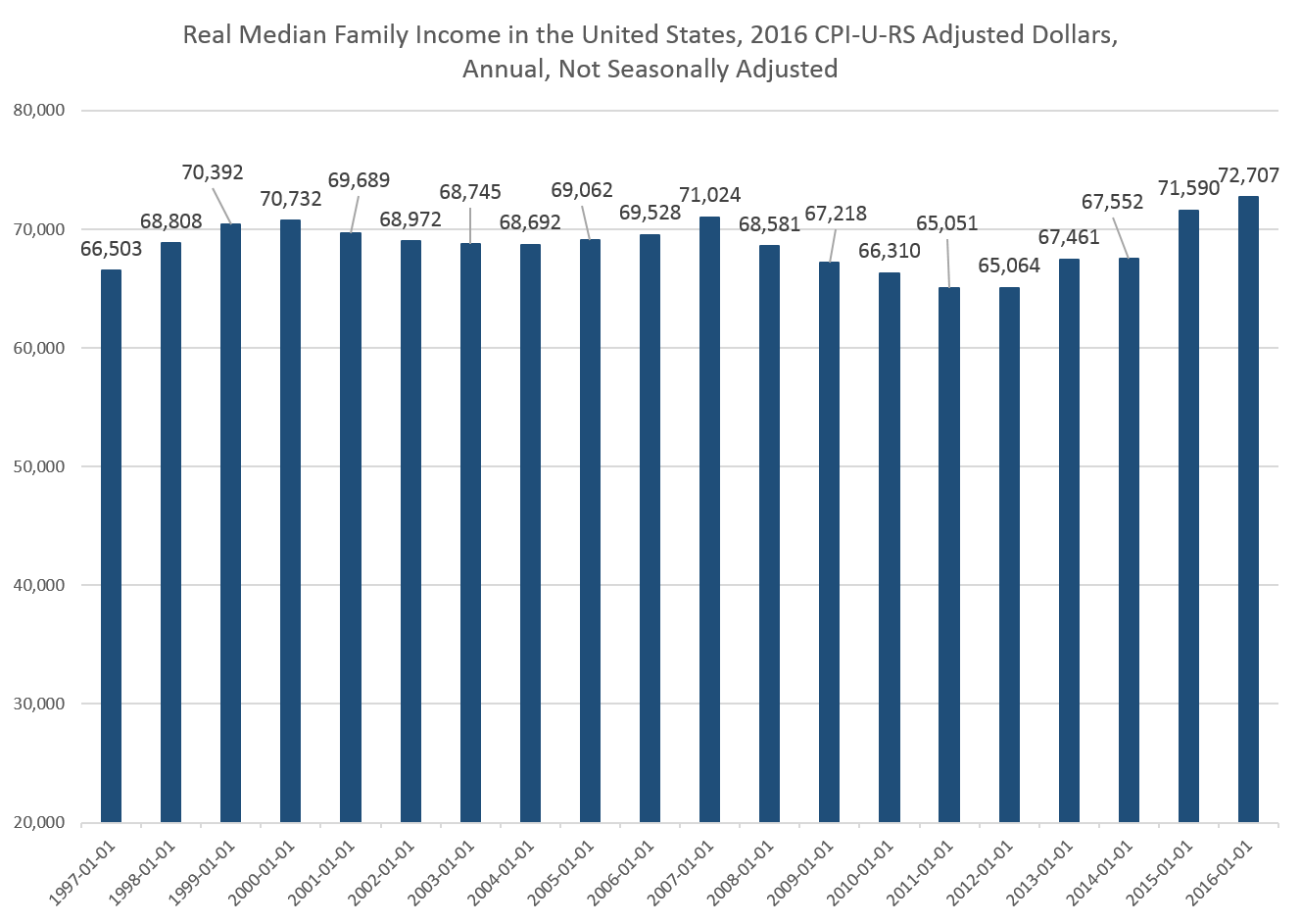 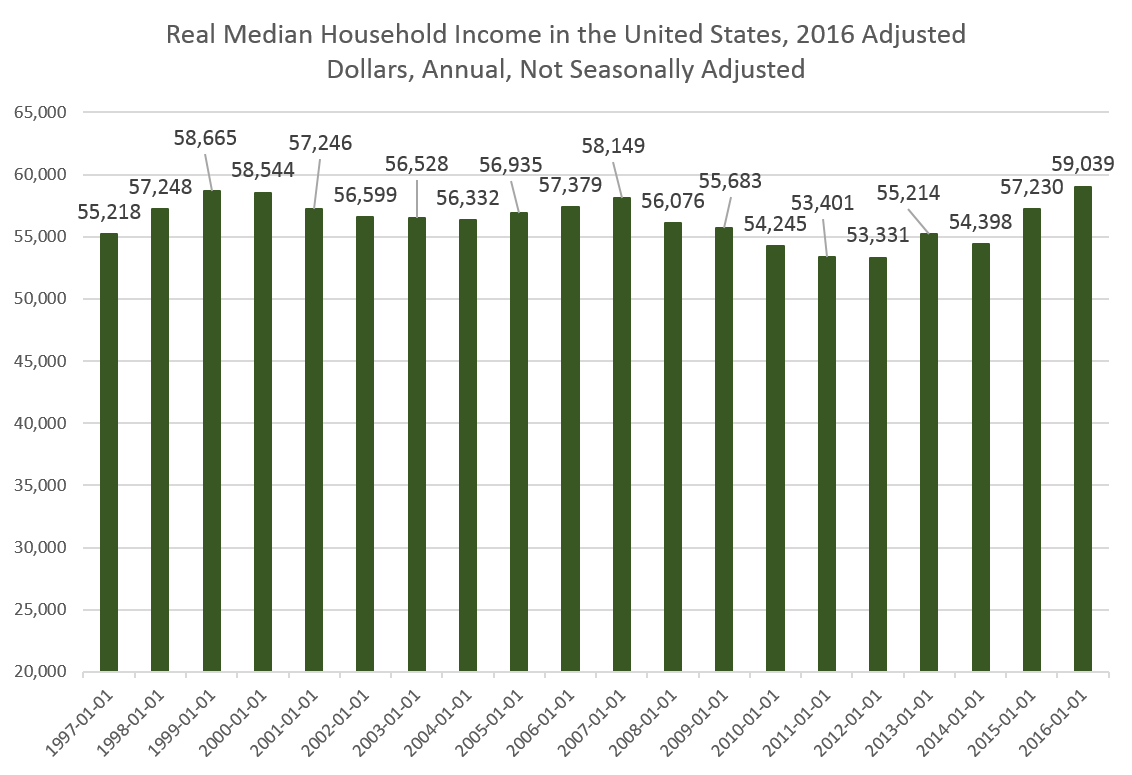 (See here and here for more discussion on how demographic changes can affect income growth levels.)

These number by themselves don't prove that real incomes are flat for everyone of course. But, lackluster numbers in employment, and in GDP over the last 20 years — compared to the post-war economy overall — hardly point to a period of economic gain for many ordinary Americans.

The Fed Is Afraid

For years, the Fed has been telling us repeatedly that the economy is moving forward, that growth is "moderately" robust, and that they'll return to more "normal" interest rates and more normal monetary policy. The reality has been eight yeears of no action followed by about 18 months of extremely mild and cautious increases in the target rate.

So the question is this: if we're seeing moderate growth month after month, and year after year, why has the Fed been too afraid to do anything except make only the smallest changes? The answer, most likely, is that the Fed knows the economy is extremely fragile. This latest admission from Yellen serves to — yet again — manage expectations and tell us to not expect much of anything from the Fed in terms of normalization. Perhaps we'll need another seven or eight years to get the targe rate up to 2 percent.