Following statewide votes in yesterday election, more than 60 million Americans now live in states that have legalized recreational use of marijuana. Medical marijuana continued to make gains in states as well.

Beginning in 2012, Colorado, Washington, Oregon, and Alaska approved recreational use of marijuana. California and Massachusetts were added to this list last night as both states reported majority votes for legalized recreational use. Maine appears to be too close to call.

Not counting Maine, the latest results now mean that one in five Americans now lives in a state with legal recreational use of marijuana: 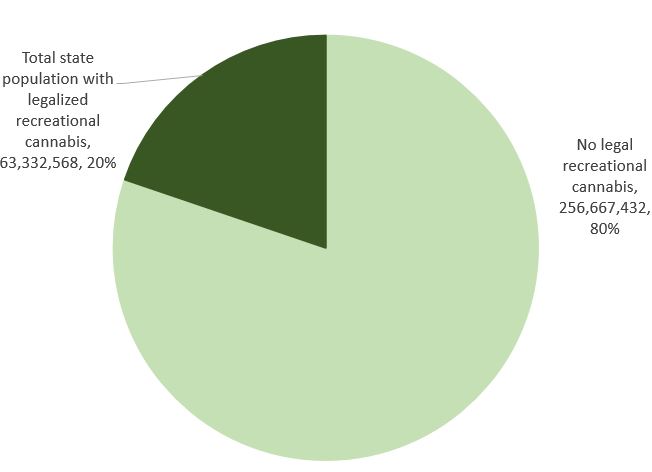 Some might say this represents "only" twenty percent of the population, but as recently as 2011, the total was zero percent. Moreover, if this block of states with legal marijuana were a country of its own, it would be the 23rd largest country on earth — larger than Spain, Canada, Italy, South Korea, and many others.

The movement toward decriminalization and legalization of marijuana has moved faster and faster in recent years and dealt increasingly large blows to federal marijuana prohibition.

50 years ago only 10% of Americans supported legalized marijuana use. Today more than 60% of Americans support marijuana law reform. And an overwhelmingly large majority support medical marijuana legalization. The science and economics of this movement is highly compelling. Experience will reinforce this as it spreads from state to state. We should anticipate the likelihood of the reform of marijuana laws at the national and international levels. There are already rumblings about reclassifying marijuana out of the category with heroin and cocaine.

Even more importantly, The success of substituting more liberty for government prohibition on this issue could influence other issues as well.

Politicians who push back and fight this movement do so at their own risk and of ruining their political legacies. Ideologically and demographically the support for marijuana law reform will only increase in the future.

The big losers in the wake of Tuesday's election are the DEA and Mexican drug cartels,

The success of this movement also demonstrates, yet again, how nullification movements can be successful in effectively overturning federal laws without the formal approval of Congress or the White House. While attempts to reform marijuana laws at the federal level have failed again and again, the tactic of simply ignoring federal laws at the state level had greatly damaged federal prerogatives in the war on drugs.

As has already happened in Colorado, it is also likely that California's Congressional delegation — sensing which way the political wind is blowing in the state — will become a Congressional voting block for further legalization at the federal level. Except, unlike Colorado, which has a scant seven representatives in the House of Representatives, California has 53. 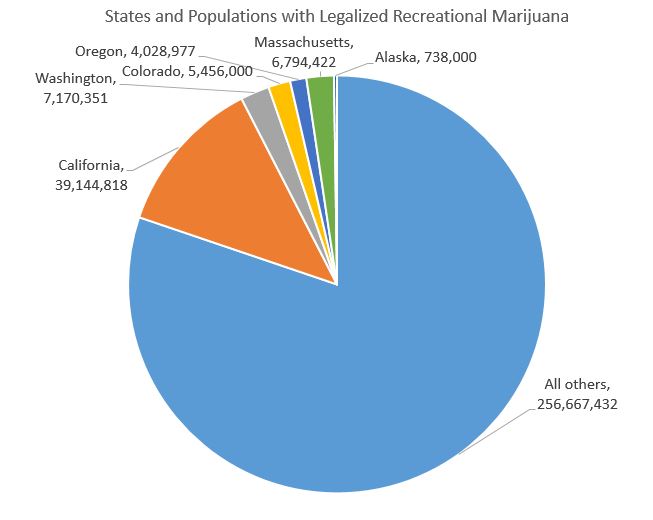