GET NEWS AND ARTICLES IN YOUR INBOXPrint
A
A
Home | Mises Library | Will An Oil Price Fall Push Inflation Down?

Will An Oil Price Fall Push Inflation Down? 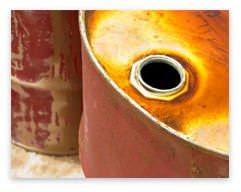 In a speech to the Emeryville Chamber of Commerce on September 12, 2006 the San Francisco Fed's President Janet Yellen said that,

It seems likely that energy passthrough probably has played at least some role in recent core inflation movements. In this case, if energy prices level out, as expected by futures markets, this upward pressure on core inflation is likely to dissipate at some point, and this would help on the inflation front.

Similarly in his speech on June 15, 2006 before the Economic Club of Chicago the Chairman of the Fed Ben Bernanke argued,

In addition, higher energy costs may have indirect effects on the inflation rate if, for example, firms pass on their increased costs of production in the form of higher consumer prices for non-energy goods or services.

Reading these two Fed officials, you might conclude that the Fed has absolutely nothing to do with inflation. You might think they had never heard of a theory that suggests that monetary policy has an impact on prices. Rather, they seem to suggest, inflation is something visited upon us by dramatic price movements in important commodities, which in turn are dictated by world events or sudden and inexplicable changes in demand and supply.

This peculiar mix-up of cause and effect has nothing to do with reality. It is a myth that price inflation is somehow led around by the nose by major sectors such as energy and has nothing to do with the money stock. Further, it is not the case that consumers are but passive players in this drama, accepting whatever prices they are given.

The yearly rate of growth of the CPI less food and energy edged up to 2.8% in August from 2.7% in July — the biggest 12-month gain in nearly five years. Note that this increase is well above the unofficial 1% to 2% accepted range. If we were to accept what various experts such as Yellen and Bernanke are saying, this strong increase in the core CPI is unlikely to persist. It might already be history, given the large fall in the price of oil.

On this Mises wrote,

The consumers patronize those shops in which they can buy what they want at the cheapest price. Their buying and their abstention from buying decides who should own and run the plants and the farms. They determine precisely what should be produced, in what quality, and in what quantities.1

A price is the sum of money paid for a unit of a good.

If the stock of money rises while all other things remain intact, this must lead to more money being spent on the unchanged stock of goods — which means an increase in the average price of goods. (The term "average" is used here in conceptual form. We are well aware that such average cannot be computed).

Note that the overall money spent on goods doesn't change; only the composition of spending has altered here, with more on oil and less on other goods. Hence the average price of goods or money per unit of good remains unchanged. Likewise, the rate of increase in the prices of goods and services in general is going to be constrained by the rate of growth of money supply, all other things being equal, and not by the rate of growth of the price of oil.

In other words, it is not possible for rises in the price of oil to set in motion a general increase in the prices of goods and services without the corresponding support from money supply.

One could, however, argue that a rise in the price of oil may cause the Fed to increase its monetary inflation and this in turn should provide the support for a general rise in prices — all due to the increase in the price of oil. Even if this were the case, it would have almost no effect on the growth momentum of the CPI. The time lag is simply too long. Present price inflation is driven by past monetary injections.

Now, for most commentators, including Bernanke, an increase in oil prices also runs the risk of igniting inflationary expectations that in turn could trigger higher price inflation, or so it is held. Again, without corresponding support from rises in money supply no general increase in prices is likely to occur.

Likewise, our monetary analysis indicates that the growth momentum of the overall CPI is also likely to stay elevated throughout next year. (Year-on-year, the rate of growth of the CPI eased to 3.8% in August from 4.2% in July). Seasonally adjusted, the CPI increased by 0.2% in August, just half of the 0.4% rise seen in July.

The Fed doesn't directly control the quantity of money; it targets interest rates. If because of a weakening in economic activity the present target for the federal funds rate of 5.25% turns out to be too high, the US central bank will be forced to draw money from the system to defend the target.

In this framework, the Fed seems to be passive, i.e., the Fed only reacts to various conditions that are posing a risk to the federal funds rate target.

The Fed in this framework doesn't initiate active monetary injections as such.  This apparent passivity of the Fed doesn't mean that the Fed doesn't print money. The market pressure on the federal funds rate target dictates the pace of printing by the Fed.

In the first week of September the pace of monetary pumping by the US central bank has eased visibly. The yearly rate of growth of the Fed's balance sheet (Fed Credit) fell to 3.7% from 4.3% in August and 4.8% in May.

Our analysis shows that it is changes in past money supply, and not changes in the price of oil, that drive price inflation. The Fed will probably not lower its interest rate target, even if the pace of economic activity were to slow down quite visibly.