Who's Afraid of Deflation? | Mises Institute
Skip to main content

GET NEWS AND ARTICLES IN YOUR INBOXPrint
A
A
Home | Mises Library | Who's Afraid of Deflation?

Who's Afraid of Deflation? 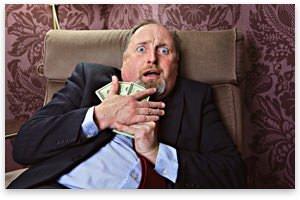 When it comes to deflation, even Austrian economists disagree. In contrast to those who favor a 100 percent–reserve system and the effect such a system would have on prices, Austrian defenders of a fractional-reserve, free-banking (FRFB) system still seem to harbor a fear of price deflation.1 Examples of this group include Steven Horwitz, George Selgin, and Lawrence H. White, who support a banking system or monetary policy that stabilizes nominal income (MV).2 Broadly speaking, they favor an increase in the money supply if the demand to hold money (i.e., hoarding) increases. Without a corresponding increase in the money supply, an increase in the demand to hold money would cause a general fall in prices (i.e., price deflation).

David Howden and I have recently expanded upon this point, arguing that several "free bankers" suffer from a special strain of what Mark Thornton has coined "apoplithorismophobia" — a fear of deflation.3 In a lengthy response written in his adopted polemical manner, Selgin takes issue with our claim by pointing to his book Less than Zero: The Case for a Falling Price Level in a Growing Economy, in which he argues that prices should be allowed to fall when there is economic growth.4 Based on the title of his book, it seems that Selgin must favor a decline in the price level, and, as a result, we should recant our claim (as Selgin desires).

Indeed, a careful reading of our paper reveals that we never denied that Selgin favors price declines during periods of economic growth. We simply state that some free bankers do not think the same is true of increases in the demand for money. This is where the specialness of the "special strain" of apoplithorismophobia that they suffer from becomes evident. A side effect of a fractional-reserve, free-banking system is that it stabilizes the price level when the demand for money increases. For free bankers, by implication, an FRFB system is superior to a 100 percent–reserve, free-banking system because it allows for credit expansion to stabilize MV. Selgin (among others) is quite explicit on the negative aspects of deflation:

Nevertheless deflation (resulting from unaccommodated excess demand for inside money) has been an important factor in historical business cycles, and a banking system that promotes deflation disrupts economic activity just as surely as one that promotes inflation, although the exact nature of the disruption differs in each case.5

He writes that the productivity norm "calls for monetary expansion to prevent any deflation not consistent with improvements in factor productivity."6

"Deflation is not a net negative on the economy."

We think it is justified to say that there is a certain fear of deflation in Selgin's defenses of an FRFB system.

An important implication of this fear of deflation is political. The question is, What if there is no FRFB system to increase the money supply in response to an increased demand to hold money? Should the central bank try to simulate an FRFB system and stabilize MV? The desire to stabilize the macroeconomic aggregate of MV has even led Lawrence White to support Ben Bernanke's policy of quantitative easing (QE1), according to the Economist:

But Lawrence White, an economist at George Mason University in Washington, DC, argues that this is an unfair characterisation. "Hayek was not a liquidationist," he says, referring to the philosophy of Andrew Mellon, President Herbert Hoover's Depression-era treasury secretary, who wanted to "purge the rottenness out of the system." Hayek believed the central bank should aim to stabilise nominal incomes. On that basis Mr White thinks the Fed was right to pursue the first round of quantitative easing, since nominal GDP was falling, but wrong to pursue a second round with activity recovering.7

In contrast, those of us who favor 100 percent–reserve free banking have harshly criticized all rounds of quantitative easing. Increases in the money supply lead to a redistribution in favor of the people who receive the new money first. In the case of QE1 and QE2, the Fed bailed out financial institutions through asset purchases. Through the monetary support favoring troubled companies, the liquidation of malinvestments and the necessary adjustment in the ownership and control of real resources have been slowed and in some cases prevented. Without the bailout, many companies would be taken over by creditors and restructured if viable or completely liquidated if not viable, thereby freeing up valuable resources for investment projects more urgent in the eyes of consumers. Moreover, a monetary expansion such as QE1 may trigger additional malinvestments and bubbles as has occurred in the government-bond market.

Most importantly, when people increase their demand to hold money, they do so because they regard prices as too high — for instance, because they see bubble prices in the stock market or in long-term consumer goods (cars or housing). If the tendency for falling prices is counteracted by a monetary policy such as QE1, people are prevented from enjoying lower prices.

When people get the theory wrong, bad policies can result. Deflation is not a net negative on the economy. Many free bankers, like George Selgin, have done a great job of informing the profession and lay population about the benefits of deflation from productivity increases. But just as price decreases resulting from productivity increases serve a positive function, so too do price decreases caused by increases in the demand to hold money.

In sum, a problematic theory seems to have led some fractional-reserve free bankers to endorse Bernanke's bailout of Wall Street through QE1. As happens to many mainstream economists, a certain fear of deflation has given rise to the support of inflationary policies. This issue shows the importance of the free-banking debate as well as of a sound theory of deflation.