GET NEWS AND ARTICLES IN YOUR INBOXPrint
A
A
Home | Mises Library | Is Saving Bad for the Economy?

Is Saving Bad for the Economy? 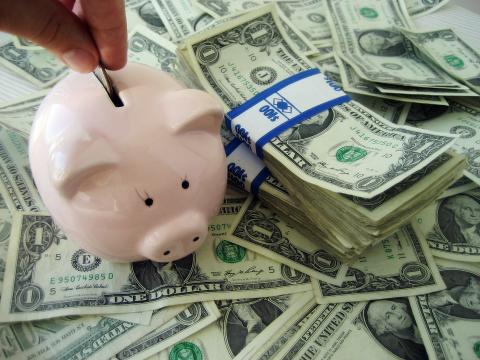 At the March meeting of the Fed’s Open Market Committee, officials expressed concern that consumers might boost their savings, thereby weakening or even aborting the economic expansion. Most economists concur with the view that what keeps the economy going is consumption expenditure.

Furthermore, it is generally held that spending, rather than individual saving, is the essential condition for production and prosperity. Saving is seen to be detrimental to economic activity, as it weakens the potential demand for goods and services.

Economic activity is depicted as a circular flow of money. Spending by one individual becomes part of the earnings of another individual, and vice versa. If, however, people have become less confident about the future, it is held that they will cut back on their outlays and hoard more money. So once an individual spends less, this worsens the situation of some other individual, who in turn also cuts his spending.

A vicious cycle is in place: The decline in people’s confidence causes them to spend less and to hoard more money; this lowers economic activity further, thereby causing people to hoard more, etc. The cure for this, it is argued, is for the central bank to pump money. By putting more cash in people’s hands, consumer confidence will increase, people will then spend more, and the circular flow of money will reassert itself.

All this sounds very appealing. Business activity shows that during a recession, businesses emphasize lack of consumer demand as the major factor behind their poor performances. Notwithstanding this, can demand by itself generate economic growth? Note that this model says nothing about the production of goods and services. Are we to take them for granted? Are they always around, and all that is required is demand for them?

In short, it would appear that what impedes economic prosperity is the scarcity of demand. But is it possible for the general demand for goods and services to be scarce?

At any point in time, the amount of goods and services available are finite. This is not so with regard to people’s demand, which tends to be unlimited. Most people want as many things as they can think of. What thwarts their demand is the availability of means. Hence, there can never be a problem with demand as such, but with the means to accommodate demand.

In the real world, one has to become a producer before one can demand goods and services. It is necessary to produce some useful goods that can be exchanged for other goods.

For instance, when a baker produces bread, he doesn’t produce everything for his own consumption. Most of the bread he produces is exchanged for the goods and services of other producers, implying that through the production of bread, the baker exercises his demand for other goods. His demand is fully covered—that is, funded by the bread that he has produced. Demand cannot stand by itself and be independent; it is limited by prior production. It is the production of bread that permits the baker to procure various goods and services. Bread is a baker’s means of payment.

This allocation of consumer goods and services is what savings is all about. Note that savings become possible once some individuals have agreed to transfer some of their present goods to individuals that are engaged in the production of tools and machinery. Obviously, they do not transfer these goods for free, but in return for a greater quantity of goods in the future. According to Mises, "Production of goods ready for consumption requires the use of capital goods, that is, of tools and of half-finished material. Capital comes into existence by saving, i.e., temporary abstention from consumption."

Since saving enables the production of capital goods, saving is obviously at the heart of the economic growth that raises people's living standards. On this Mises wrote, "Saving and the resulting accumulation of capital goods are at the beginning of every attempt to improve the material condition of man; they are the foundation of human civilization."

The introduction of money will not alter the essence of what saving is all about. Money fulfills the role of a medium of exchange. It enables the produce of one producer to be exchanged for the produce of another producer. Observe that while money serves as the medium of exchange, it doesn’t produce goods and services; it only enables goods and services to be exchanged—that is, it allows a change of ownership to take place.

Another important role of money is to serve as a medium of saving. Instead of saving goods, which must be stored, people can save money. In the world of barter, perishable goods are difficult to save for too long. These difficulties are resolved by the money economy.

Once a producer has exchanged his goods for money, he has in fact begun saving. When a baker sells his bread for $1 to a shoemaker, he has supplied the shoemaker with his saved ( i.e., unconsumed) bread. The supplied bread will sustain the shoemaker and allow him to continue making shoes. Note that money received by the baker is fully supported by his production. Being the medium of exchange, money will enable the baker to secure goods and services some time in the future, whenever he requires them.

Through money, people channel real savings, which permit economic activity to take place. Thus, the saving of money by one individual supports the production of another individual, who in turn, by exchanging his produce for money, supports a third individual. Likewise, when a company issues stocks or bonds, the money received for these financial instruments enables the company to buy real savings— goods and services—which will enable it to pursue planned objectives.

In this way, money enables real savings to permeate across the economy and lift the pace of production of goods and services. Contrary to popular thinking, saving doesn't weaken aggregate spending; on the contrary, it reinforces it. On this, Henry Hazlitt, in his "Economics in One Lesson," wrote:

When money is saved and then invested it is used to buy or build capital goods. Any of these projects puts as much money into circulation and gives as much employment as the same amount of money spent directly on consumption. Saving in short in the modern world, is only another form of spending.

It doesn’t follow, however, that one can lift economic growth and effective real aggregate spending via the printing presses. When money is printed—that is, created "out of thin air" by the central bank—it sets in motion an exchange of nothing for money and then money for something. An exchange of nothing for something amounts to consumption that is not supported by production.

Because every activity has to be funded, it follows that an increase in consumption that is not supported by production must divert funding from wealth-generating activities. This, in turn, diminishes the flow of real savings to the producers of wealth, which weakens the flow of production, which sets in motion an economic recession.

Observe that what has weakened the demand for goods is not a sudden capricious behavior of consumers, but the monetary injections of the central bank. In short, every dollar that was created "out of thin air" amounts to a corresponding dissaving by that amount.

So long as the real pool of savings is expanding, the central bank and government officials can give the impression that loose monetary and fiscal policies drive the economy. This illusion is shattered once the pool becomes stagnant or starts declining.

While savings are an important factor in fueling economic growth, for them to become effective they must be properly employed. On this Mises wrote:

Neither have capital or capital goods in themselves the power to raise the productivity of natural resources and of human labor. Only if the fruits of saving are wisely employed or invested, do they increase the output per unit of the input of national resources and of labor. If this is not the case, they are dissipated or wasted.

Furthermore, Mises wrote, "Without saving and successful endeavours to use the accumulated savings wisely, there cannot be any question of a standard of living worthy of the qualification human."

This sheds light on current events in Japan, where the high savings rate that has ranged between 15 percent and 20 percent is blamed for the economic slump. What is happening in Japan is not the result of "too much saving," as suggested by many experts, but rather of too many loose fiscal and monetary policies that continue to destroy households' savings. The misguided policy of lowering interest rates to almost nil is a major catalyst behind the destruction of real savings.

By means of the artificial lowering of interest rates and monetary pumping, the Bank of Japan has been diverting real funding away from wealth-generating activities toward wealth consumers, and in the process has significantly weakened the potential for economic growth. Hence, the only way to prevent the current economic slump from developing into a galloping depression is to abort the present loose fiscal and monetary stance. Furthermore, the size of the government must be cut to the bone in order to enable the private sector to channel savings toward wealth-generating activities.

To conclude: What enables the expansion of the flow of production of goods and services is savings, not demand. It is through savings, which give rise to production, that demand for goods can be exercised. In short, no effective demand can take place without prior production. If it were otherwise, then poverty in the world would have been eradicated a long time ago.

After all, every individual aspires to have a good and comfortable life. What always thwarts these aspirations are the means that have to be produced. Any attempt to create an illusion that people's wishes somehow could be accommodated through the monetary presses is sooner or later shattered by reality—the reality that it is not possible to get something out of nothing.