The Problem of Corporate Greed 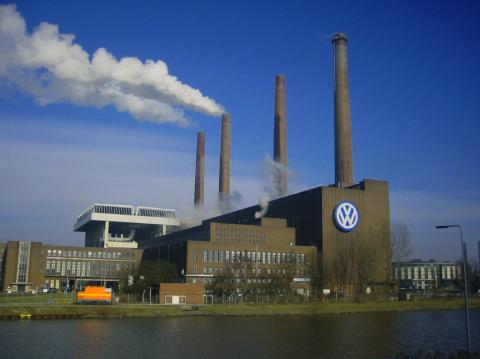 What free-marketeers don't always make explicit is that the government and media Chicken Littles are right in part: Corporations are indeed out to make a profit. Of this point, we must first observe the first lesson of business economics, as taught by the classical school markets in the 18th century.

However greedy or altruistic a businessperson happens to be, the institutions of the market channel his or her motivation to a social end. Business must serve society in order to thrive, so, from the point of view of its economic effects, the moral merit of the motive for engaging in commerce has no necessary bearing on the services that commerce provides to society. The insight is as profoundly important, as well as neglected, now as ever.

But what about the executives who will cut corners, even to the point of breaking the law, to expand their own salaries and power? Here the Chicken Littles are correct about the problem, but they're wrong about the solution.

Government has been trying to solve the problem of corporate greed for decades. Product-safety regulations, for example, attempt to force manufacturers to produce goods with no safety risks. Meeting these regulations has obvious costs:  Most products get more expensive, such as when some vehicles (but not others) must have doors of a certain strength, high-mounted rear brake lights, and more; and other products disappear from the market entirely, such as zippy microcars sold in Europe and Japan that would be perfect for American college students and big-city dwellers but which don't meet American roof-strength and emissions regulations.

Less obvious costs are the opportunity costs of increasing regulations. Consumer choice suffers:  Many of us were wearing seatbelts before the law required it, and would prefer our vehicles without government-mandated airbags that inflate forcefully enough to break wrists even when they're not needed. And the government departments that produce the regulations absorb money without producing any wealth, thereby decelerating the real production of wealth in the private economy.

When government sets out to solve the problem of corporate greed, it does the same thing every time:  It creates laws and regulations, and these invariably add costs, limit choices, and result in half-witted, one-size-fits-all solutions that fail to solve the problem for at least a whole bunch of us. Worse, many government mandates only worsen the problems they're intended to solve (see the Department of Education for one example).

And government regulations often contain the seeds of their own failure. Pollution regulations, for example, indicate how much pollution manufacturers are allowed to toss into the environment. This guarantees certain levels of pollution, since it will be cost-effective for manufacturers to pollute very near the allowed levels; the regulations usually provide no incentive for producers to pollute far below those levels. And the levels themselves often are set through wrangling and negotiations among politicians who desire to curry the favor of the very industries they're regulating. Some of the regulations are set by the EPA itself, but their regulations are often written on the advice of bad scientific research (that's the kind of thing that happens when an agency is not held accountable).

American steel producers continue to be inefficient while government props up their profit margins at consumer expense through tariffs on imported steel. (This issue will be a reelection problem for Bush, as industries that use steel are threatening to oppose Bush in 2004 if tariffs are not lifted, while the steel industry will oppose him otherwise.)  Indeed, through the promise of favorable legislation in exchange for campaign contributions and votes—as well as the threat of unfavorable legislation without them—Congress effectively extorts American business. Don't expect ethical behavior from anyone you treat that way.

What's the alternative?  Don't regulate at all. What happens when a business produces an unsafe product?  The news gets out immediately (the press already loves to do this), corporations can be sued in both public and private courts (they already are), and corporations go out of business (which they already do). Sales—whether of products or services—keep corporations alive. A bad public image does terrible damage to any business, and lawyers and the media are continually poised to strike. After all, lawyers get rich, and reporters get promotions, when they are the first to expose corporate error.

The same goes for financial solvency: Without the SEC and its henchmen, corporations would be free to cook books however they want and disclose only what they want. The result would be warier investors. "Investors," whoever they are (investment banks, mutual funds, Warren Buffett), don't want to lose their money any more than you do. It doesn't take an SEC to inspire investors to ask difficult questions of the corporations who want their money. Corporations who refuse to disclose what investors want to know, or who produce financial reports that aren't persuasive, would find it impossible to attract funds for growth.

Pollution is a stickier problem. To solve the other problems of corporate greed, the government needs only to erase its regulations. To solve the pollution problem, the government has to give away all the land it owns. Once all property is private, property owners will defend their own interests against polluters. Rather than the government of the State of New York petitioning Washington for help against acid-rain producers in Illinois, with the government in Washington then regulating the industry in Illinois (with the industry in Illinois lobbying congressmen not to regulate too stiffly), individual property owners in New York would be in a better position to sue polluters in other states.

Right now, typical lawsuits involve the government of one state suing polluters in another state not over the issue of whether the polluters are polluting—this is never in much doubt—but over whether polluters are meeting federal regulations such as the Clean Air Act. It can be immensely difficult to establish whether someone's meeting miles of regulations written in bureaucratese. Having the government as middleman in the whole process sometimes produces comedy (or, it would be comedy if it didn't cost you and me tens of millions of dollars per event):  The State of New York sued the EPA over acid rain in 1997.

Corporate executives are just like anybody else. Some percentage of them will take advantage of opportunities the government (and only the government) can provide to make life worse for the competition and the customer and better for themselves. Without government regulation, written and enforced by people who have no real stake in the outcome, the market would be free to pursue problem resolutions its own way, with every participant participating because he does have a stake in the outcome.

After all, through lawsuits and bankruptcy, the market provides natural disincentives to wrongdoing, while at the same time it provides natural incentives through the profit motive for businesses to provide reliable, safe, stylish products at a reasonable price in the first place. It's too bad that kind of discipline can never be applied to government.