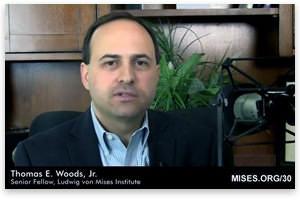 As some of you may know, I wrote a book in 2009 called Meltdown. It spent ten weeks on the New York Times bestseller list, had a foreword by Ron Paul, and was about the financial crisis of 2008. I wrote it because I could see there was a conventional wisdom developing according to which the financial crisis was caused by — and you'll never guess — the free market, and the government needs more power.

All of this we've heard a million times before, and I wanted to get a different view out there before the public. I was able to get the first book on this subject out on the market. I had a cooperative publisher that helped me get it out there quickly, and I worked on it very hard and very quickly.

How was I able to do that? Was it entirely my own merits? It was because of the training I got as a student from the Ludwig von Mises Institute. When I was in college, I went to one of their week-long summer seminars (Mises University). It changed the way I looked at the world forever. And now as a result, when this opportunity arose to get our position out there before the public, I was able to do it quickly because I had the knowledge thanks to the Mises Institute.

This year, the Mises Institute celebrates 30 years of teaching Austrian School economics in the tradition of Ludwig von Mises, F.A. Hayek, and Murray Rothbard, and of helping to spread the pure philosophy of freedom. This is not some milquetoast public-policy think tank that writes inane policy reports about how nice it would be if we could get the Department of Agriculture to be 10 percent more free market than it is now. No, this is the real thing.

When Ron Paul called attention to the Austrian School in 2008 — the first time most people had ever heard of it — it was the Mises Institute that people looked to for resources, because when you Google "Austrian economics," what you find is the enormous amount of resources available at the Mises Institute — all the seminars, the online resources, the books, the articles: everything. That's where people went.

And it is the Austrian School that is educating both the general public and the intellectual leaders of the future. There are economists coming out of the Mises Institute who are so brilliant that I hardly feel worthy to stand in their presence. These are people who are going to change the intellectual life of this country.

There are a lot of people who say, "help fund my organization: we're doing a lot of good work" — and maybe they are. But with the Mises Institute, you are actually helping to change the world. We have got the Federal Reserve and all the other central planners on the run, and it is the Mises Institute that is keeping up the pressure. 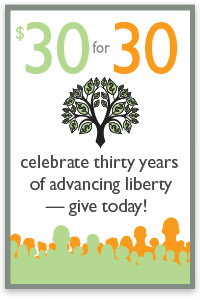