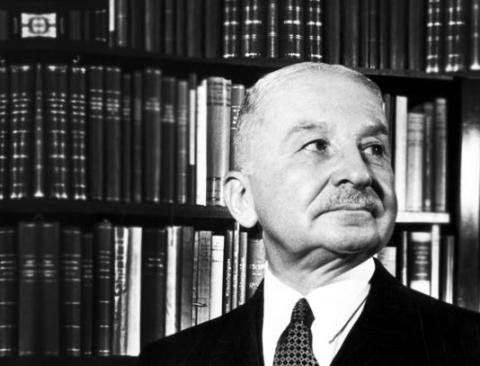 Perhaps the most distinctive feature of the economics of Ludwig von Mises is his insistence on the a priori approach. For Mises, economic "laws" must be logically deduced from antecedent axioms, so that—assuming the initial assumptions are true—the conclusions reached are just as valid as any result in Euclidean geometry.

This stands in sharp contrast to the method of the positivists, a camp that includes most of today's practicing economists. In their opinion, economics can only be "scientific" if it adopts the procedures used by the natural scientists. Roughly, the positivists feel that economists should form hypotheses with testable implications, and then collect data to measure the accuracy of their predictions. Those tendencies that enjoy the most success in this sense are then deemed to be better "laws" than conjectures that do not fit the data so well.

Against the mainstream's impressive mathematical tools and vast budgets spent on data collection, the Misesians meekly insist that economics must start from the premise that humans act. This action axiom lies at the core of "praxeology," Mises' term for the science of human action. The Misesians argue that all of the true economic laws can be derived from this simple axiom (sometimes with additional assumptions about the world, such as the fact that labor is onerous).

I must confess that I used to be embarrassed by this apparent dogmatism on the part of the Misesians. Of course human beings act—but so what?  Do the Misesians really think that they have a monopoly on this insight?  Do they really believe that mainstream economists would deny that human beings act?

However, the more I study Austrian economics and related fields, the more I understand just how ingenious Mises's move was. When we really study the action axiom, we see that it summarizes an incredibly complicated, and tremendously important, fact about the world. In order to succeed in the present environment, it is simply indispensable for each of us to attribute intentions and reason to other beings. To put it simply, if you want to get anywhere in life, you have to assume that other humans act.

To say that a man acts, the Misesian does not simply mean that the man's body behaves in a certain way. If a man falls off a bridge, his downward motion is not action in the Austrian sense. Moreover, if a man is in danger, his increased heartbeat is not (for most people) action either. Human action is the purposeful striving after desired ends. It is the intentional effort of a rational being to achieve a greater degree of satisfaction, from the being's subjective point of view.

I admit, at first these reflections seem too trivial to deserve mention. But it is only because we take the insights for granted, that we do not realize how crucial they are. The approach of the natural scientist would work quite well for a man on a deserted island. When building a fire, he would not need to think, "The sparks want to stay inside the rocks, so I must bang them together to convince them to jump on the sticks instead."

But once we introduce another person onto the scene, the situation changes dramatically. Now it is essential for our original man to attribute preferences and reasoning to the new "thing," in order to have any hope of understanding "its" behavior. Without delving into philosophical arguments, we can make the case quite pragmatically:  If the original man tries to deal with the new "thing" (i.e. the second person on the island) using the same mental apparatus that he used when dealing with rocks and trees, then he will not be nearly as successful (from his own point of view) as he will be if he instead adopts the action axiom.

Austrians have argued that the method of the natural sciences "wouldn't work" in social affairs for two reasons. First, there are no underlying constants in human behavior, unlike the natural constants (such as the charge on an electron) that can be observed in, say, physics. Second, there is no way to conduct a truly controlled experiment in the social sciences. For example, two economists can't test rival theories of taxation on "the same" population, because the very occurrence of the first experiment (say, an increase in taxes) will change the initial starting point for the next experiment. The most obvious difficulty for this approach is that the subjects of the experiment—the people in the economy—are aware of the experiments and react accordingly. There is no way to hold their ideas "fixed" from one test to the next.

Against these arguments, I have seen positivists argue (rightly, I believe) that such observations would also "prove" that meteorology or astronomy is not a science. After all, the charge of an electron is still a constant, whether the electron is in a tornado or a consumer's brain. Moreover, two astronomers obviously can't settle their dispute over a binary star system by resort to a controlled experiment, yet the Austrians presumably wouldn't object to the method of the natural sciences in astronomy. Thus the positivist could argue that his approach would work just as well in economics as it does in astronomy or meteorology.

But therein lies the rub:  I fully concede that the method of the natural sciences would work in the study of human beings just as well as it works in astronomy or meteorology. In particular, if you want to predict the position of George Bush's body on the coming winter solstice, within an accuracy of several billion kilometers, then you can certainly do so without bothering about his "desires."  To choose a fairer example, if you want to predict the level of stock prices as "well" as meteorologists can currently predict the weather, then by all means, use reams of time series to calibrate econometric models.

The insight of Mises was that we human beings have a much better tool to comprehend the events of the social world: we have praxeology. If, rather than the position or luminosity of his body, you want to predict George Bush's foreign policy in the next few months, you won't get anywhere unless you attribute preferences to him.*  For this task, physics, chemistry, and biology are relatively useless, because (without taking a stand on materialism) the slightest change in the arrangement of cells in Bush's nervous system can correspond to wildly divergent actions on his part.

In summary, it's not so much that the method of the natural sciences doesn't work when it comes to human action, but rather that their use would overlook such an incredibly better set of tools that all of us possess. Nobody really knows why stones fall, and so the best we can do is invent physical "laws" that describe the empirical observations as closely as possible.

But when it comes to the actions of other human beings, we do know something about their cause, because each of us has subjective preferences, and each of us uses means to achieve ends. In a different context, C.S. Lewis made a similar observation:

There is one thing, and only one, in the whole universe which we know more about than we could learn from external observation. That one thing is Man. We do not merely observe men, we are men. In this case we have, so to speak, inside information; we are in the know. . . . Notice the following point. Anyone studying Man from the outside as we study electricity or cabbages, not knowing our language and consequently not able to get any inside knowledge from us, but merely observing what we did, would never get the slightest evidence that we had this moral law. How could he? for [sic] his observations would only show what we did, and the moral law is about what we ought to do. In the same way, if there were anything above or behind the observed facts in the case of stones or the weather, we, by studying them from outside, could never hope to discover it. (Mere Christianity, Touchstone, 1996, p. 33)

In conclusion, Ludwig von Mises was quite right to found his entire system of praxeology on the assumption, or rather on the insight, that humans act. To eschew this method in favor of a more "scientific" approach is to throw away the most fruitful source of knowledge in social affairs, and in this respect is not truly scientific.