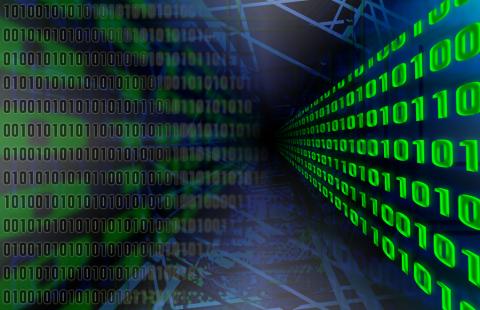 Tags Money and BanksCalculation and Knowledge

What matters here is not money and credit as such, but money and credit that are created out of thin air. Loose monetary policies of the Fed coupled with fractional reserve banking are ultimately responsible for the expansion in money supply. It is this expansion that is the root of the problem.

An expansion in money supply sets in motion an exchange of "nothing for something" or the diversion of real resources from activities that generate wealth towards activities that undermine the process of wealth generation. Note that various nonwealth, i.e. false, activities flourish as long as the money supply rate of growth expands.

Now, most analysts use money M2 or M3 in their analysis. Does it matter which definition of money one uses? A correct definition of money is a must if one wants to glean the right information from monetary indicators. Unfortunately, most popular ways of defining money are flawed and provide a misleading account of what money is and where it is located in an economy.

Consider, for instance,  M2. This definition includes money-market deposit accounts. However, investing in a money market fund is in fact investment in various money market instruments. The quantity of money is not altered as a result of this investment; only the ownership of money has temporarily changed.

The problem of double counting is also not resolved by the money of zero maturity definition of money (MZM)—a relatively recent money supply definition. The essence of MZM is that it encompasses financial assets with zero maturity. Assets included in MZM are redeemable at par on demand. This definition excludes all securities, which are subject to risk of capital loss, and time deposits, which carry penalties for early withdrawal. In short, MZM includes all types of financial instruments that can be easily converted into money without penalty or risk of capital loss.1

Observe that MZM includes assets that can be converted into money. This is precisely what is wrong with this definition, since it doesn't identify money but rather various assets that can be easily converted into money. In short, it doesn't tell us what money actually is and where money is located, which is what a definition of money is supposed to do.

This must be contrasted with the Austrian School of Economics Money Supply definition (money AMS) that aims at identifying what money is and where it is located in an economy.2 In contrast to MZM money, the AMS definition doesn't deal with assets that can be converted into money but rather with money. The AMS definition only counts the amount of money and doesn't include various forms of investments, which are in fact credit type transactions. (Credit transactions emerge when Joe lends his $1,000 to Bob, i.e., he temporarily transfers the ownership of the money. Also, when Tom invests his $1,000 he is engaging in a credit transaction since he transfers the ownership of the $1,000 to the issuer of a financial paper).

Similar to various popular money supply definitions, money AMS is also presently displaying a visible fall in growth momentum. After rising to 8.2% in July this year, the yearly rate of growth of money AMS fell to 5.8% in November. This visible softening in the growth momentum is likely to undermine various activities that sprang up on the back of the previously rising growth momentum of money AMS. In other words the diversion of investable resources or the diversion of the pool of funding from wealth generating activities toward nonwealth generating activities is likely to ease.

If the fall in the growth momentum of AMS strengthens further this is likely to lead to a severe strangulation of various false activities, also known as a severe economic bust.

Now, even if popular definitions were to produce good historical correlations with various economic data, one runs the risk that these monetary measures will lead to misleading analyses on account of the fact that these definitions are flawed. The only criterion of having confidence in a money supply definition is whether it correctly identifies what money is and where it resides.