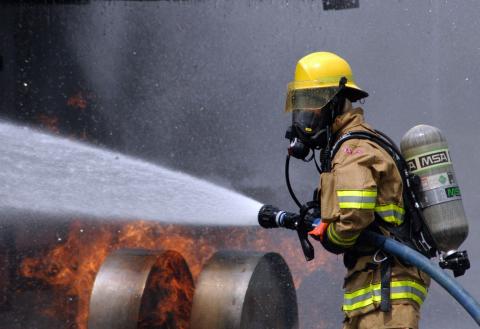 From Gene Epstein of Barron's

Re: Paul Krugman's piece, "The Hangover Theory": I'm undoubtedly the unnamed journalist he mentions in his lead, since my recent article about him did take him to task for ignoring the Austrian theory of business cycles. Accordingy, I'd like to correct his arguments and even a few of his facts.

Krugman is probably right that a proper understanding of the causes and cures of recession requires a few Keynesian insights. But it's astonishing that he apparently believes you can completely dispense with the obvious relevance of Austrian theory. Questioning that theory, he asks, "Why should the ups and downs of investment demand lead to ups and downs in the economy as a whole?" Well, there are at least three reasons.

To begin with, as he himself suggests, workers who are laid off from the capital goods industries that are contracting do not instantaneously find jobs elsewhere (the "frictional problem"). To that Krugman logically demands to know, "Why doesn't the investment boom...also generate mass unemployment?" The answer is that it could, but it's all in the timing. Usually an investment boom builds slowly enough for labor to adjust, but a contraction can sometimes happen too quickly for the adjustment to be made.

Second, those who do lose their jobs must of course reduce their consumption, which causes layoffs in other areas of the economy.

And third, a factor that has been commonly remarked upon in these situations, with bank loans going sour, "bank-dependent" businesses that may even be relatively sound ventures can also be denied credit, thereby causing further layoffs, further cutbacks in consumption, and so on.

All of this is why the story does indeed resemble what, in Krugman's words, "actually happens in a recession, when every industry—not just the investment sector—normally contracts."

Finally, Krugman indicts Austrian economist Friederich A. Hayek, whom I doubt he's bothered to read. (A tipoff is that he keeps calling that gentleman "von Hayek," even though his byline did not include the honorific "von.") So let me refer him to a key passage from Hayek's discussion of business cycles, which bears directly on Krugman's satirical riffs:

"Although insufficient general demand is normally not the primary source of unemployment ...unemployment may itself become the cause of an absolute shrinkage of aggregate demand which in turn may bring about a further increase of unemployment and thus lead to a cumulative process of contraction in which unemployment feeds on unemployment. Such a ‘secondary depression' caused by induced deflation should of course be prevented by appropriate monetary counter-measures." (italics mine-from New Studies, 1978, p. 210)

So much for Krugman's charge that Austrian theorists "can't stand the thought that positive action by governments (let alone-horrors!-printing money) can ever be a good idea."

I continue to be a fan of Paul Krugman's writings. In this case, I think his problem is simply this: He honestly seems to believe that no economic theory can be worth its salt unless somebody has expressed it in math. The Austrian economists insisted that all good theory must be put in words; ergo, they aren't worth listening to. That's truly a pity, because Krugman himself has an obvious gift for words, and he'd probably find the Austrians to be kindred spirits, if he'd only make some attempt to overcome the limitations of his training.

For the original articles that set off this debate, click here.