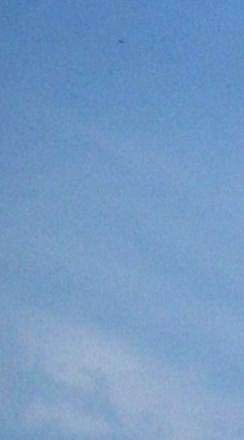 Paul Krugman smears with a broad brush when he condemns the Austrian theory of the business cycle as the "hangover theory" (Slate, December 3, 1998). Does he intend to reject wholesale the idea that artificial booms (and drinking binges) lead to busts (and hangovers)?

If so, he condemns much more than the Austrian theory of boom and bust. Hangover theory would have to include Milton Friedman's and Edmund Phelps' short-run/long-run Phillips curve analysis, Robert Lucas' monetary misperception theory of the business cycle, and the conventional aggregate-supply/aggregate-demand analysis that features the interplay between an upward-sloping short-run supply curve and a vertical long-run aggregate supply curve. Each of these theories identify a critical self-reversing feature of the market process that is set into motion by an expansion of the money supply.

The Austrians see a strong family resemblance in all these theories of boom and bust but favor the Austrian theory over the others on the basis of its plausibility and its attention to institutional considerations. (Some underlying methodological precepts that I pass over here are what keep the Austrian theory well anchored to economic reality.)

With a central bank controlling the money supply, new money enters the economy through credit markets and impinges in the first instance on interest rates. The competing theories mentioned above all skip over this critical institutional detail and focus instead on labor markets or output markets as affected by misperceptions of the inflation rate–or on nominal rigidities that prevent wage rates from being continuously adjusted in the face of a depreciating medium of exchange.

In the Austrian theory, booms are artificial–which is to say, unsustainable–if triggered by an artificially low rate of interest. During a policy-induced and hence artificial boom, capital is misallocated–malinvested, to use Ludwig von Mises' term. Individual businesspeople responding to the favorable credit conditions set the macroeconomy onto a wrong course. Quite independent of price inflation or misperceptions of it, the boom contains the seeds of its own undoing.

Malinvestment (Krugman is wrong in calling the Austrian theory an overinvestment theory) means too many resources committed to early stages of production projects, not enough left to see the projects through their final stages. To expect businesspeople themselves to see this problem in advance and abstain from participating in the (ultimately) ill-fated boom is to misunderstand the very nature of a market process. The Austrians do not ignore expectations, but neither do they pretend that expectations can wholly nullify at the outset the market distortions engineered by the central bank. (In trying here to set Krugman straight about the nature of the Austrian theory, I find it necessary to defend the theory against the challenges of the Rational Expectations school as well.)

The Austrian theory is not a theory of depressions per se; it is instead a theory of the unsustainable boom. In 1929 the Federal Reserve had "a tiger by the tail"–to use F. A. Hayek's apt metaphor. Whether the central bank held on or let go, the boom was over. Good times were about to turn bad. The Austrians have had lots to say about the government policies that made the bad situation worse (the propping up of prices and wages, the cartelization of industry, the Smoot-Hawley tariff, further bungling by the federal Reserve), but they have something unique to say about how the situation turned bad in the first place. The capital theory featured by the Austrians and, more pointedly, the policy-induced discoordination of the capital structure are not to be dismissed lightly. The Austrian theory of the business cycle deserves much more respect and attention than it has been accorded.

Krugman would have us scrap the Austrian theory and all other theories of boom and bust in favor of a peculiar variant of monetary disequilibrium theory, a theory he sometimes attributes–questionably–to John Maynard Keynes. According to Krugman, "A recession happens when, for whatever reason, a large part of the private sector tries to increase its cash reserves at the same time." The recession can be avoided, then, by an accommodating increase in the supply of money. It's just that simple.

I call his theory a peculiar variant of monetary disequilibrium theory because the standard bearers of this school–from Clark Warburton to Leland Yeager–have forcefully argued that historically relevant mismatches between the supply and demand for money have virtually always been attributed to a decrease in the supply of money, not to an increase in demand. It is possible, of course, for the demand for money to increase–as it might in the final throes of a waning boom when speculators lose confidence in the ability of the central bank to sustain the boom. That is, an impending bust can engender a liquidity crisis. This instance of an increase in the demand for money certainly needs to be incorporated into business cycle theory. But even Keynes recognized the scramble for liquidity as a complicating factor, not an initiating factor.

Simply positing an increase in the demand for money, as Krugman does, is not a fruitful way to start theorizing about business cycles. If excess demand for money were the whole story or the essence of the story, things would be even simpler than Krugman himself imagines. Modifying his theory of excess money demand to conform to historical experience (in recognition that it is supply that falls, not demand that rises), we get a truly simple reckoning of recession. The Problem: the central bank has decreased the money supply. The Solution: The central bank should increase the money supply.

Whatever their ideological leanings, the Austrians will surely be forgiven if they see this theory as less than satisfying.