In Defense of Austrian Theory 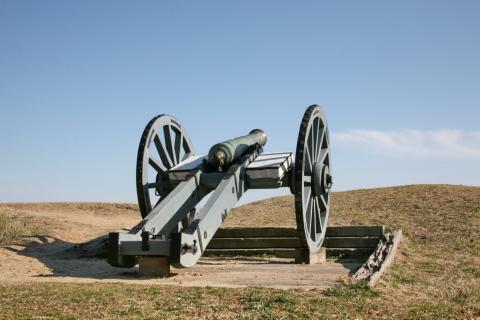 The crux of the business cycle theory as presented by Ludwig von Mises and Murray N. Rothbard is the falsification of the interest rate structure by the central bank's loose monetary policies. The artificial lowering of the interest-rate structure sets in motion the mechanism that undermines the harmonious functioning of the economy.

So long as the artificially low interest-rate policy remains in force, there are no means for entrepreneurs to know that they are committing errors. On the contrary, as the policy of artificial lowering of interest rates intensifies, it generates apparent profits and a sense of prosperity. The longer the period of artificial lowering of interest rates is, the more widespread will be the errors, i.e.,the disobedience of entrepreneurs regarding the will of consumers. The discovery that entrepreneurs didn't abide by consumers' instructions occurs once the central bank tightens its monetary stance.

In this regard, Mises writes, "It is essential to realize that what makes the economic crisis emerge is the democratic process of the market. The consumers disapprove of the employment of the factors of production as effected by entrepreneurs." Mises argues further that, "As soon as the credit expansion comes to an end, these faults become manifest. The attitudes of the consumers force the businessmen to adjust their activities anew to the best possible want-satisfaction. It is this process of liquidation of the faults committed in the boom and readjustment to the wishes of the consumers which is called depression."

Contrary to the Keynesian framework, recessions are not about insufficient demand. In fact Austrians maintain that people's demand is unlimited. The key in Austrian thinking is how to fund the demand. We argue that every unit of money must be earned. This in turn means that before a demand could be exercised, something must be produced. Every increase in the demand must be preceded by an increase in the production of real wealth, i.e. goods and services that are on the highest priority list of consumers (we don't believe in indifference curves).

In Krugman's mode of thinking, unemployment is caused by a fall in economic activity as measured by GDP. For us, the reason for unemployment is that the labor market is not allowed to clear. In other words, in a free-market economy every unemployment is voluntary. He argues that what causes a recession is that the private sector tries to increase its cash reserves at the same time, i.e. a sharp increase in the demand for money. For a given stock of money, this will raise money's purchasing power. However, this change in money's purchasing power does not drive real economic activity but rather is the outcome of this activity. The key to real economic activity—that is, real wealth generation—is saving, which funds the buildup in capital goods, which in turn permits wealth generation to take place. In his (Keynesian) framework saving is bad news, since it lowers consumers outlays thereby slowing down economic activity.

Now, if saving is bad and spending is good, how then are we to fund more spending? The Keynesian answer, echoed by Krugman, is to print more money. However, money is not funding; it is only the medium of exchange. Funding constitutes various goods and services that people require to sustain their lives and well being. In other words funding is the means of sustenance. The higher the rate of growth of the pool of means of sustenance or funding, the more activities can be supported.

For if printing money leads to the misallocation of resources and economic deterioration, how can more of it can help? Why have Russia and many other countries who attempted to lift themselves through the printing press failed? For us what matters is the generation of real wealth. More money, however, does not create more wealth. Rather it leads to consumption that is unbacked by production.

Following Keynes, Krugman calls it a liquidity trap. Yes, the economy is trapped, not because of a sharp increase in the demand for money but because loose monetary policies have depleted the pool of funding. Note that while the pool of funding consists of real goods and services, it is expressed or denoted in terms of money. The existence of money, so to speak, enables us to grasp the existence of the pool of funding. Money, however, does not create this pool. Consequently without the backup of the means of sustenance money is just an empty concept.

In a November 9, 1998, Barron's interview with Gene Epstein, Krugman dismisses Austrian economics as unscientific because it doesn't employ mathematics. By applying mathematical methods, the mainstream economics that Krugman represents follows the footsteps of natural sciences. The main reason for the employment of mathematical and statistical methods in the natural sciences is to formulate the essential nature of objects. In other words, by means of a mathematical formula the response of objects to a particular stimuli in a given condition is captured.

The same approach is not valid in economics. For economics is supposed to deal with human beings and not objects. The main characteristic or nature of human beings is that they are rational animals. They are using their minds to sustain their lives and well beings. The usage of the mind is not set to follow some kind automatic procedure, but rather every individual employs his mind in accordance with his own circumstances. Consequently the human nature is not suitable to mathematical quantification. (Even Keynes had misgivings about using mathematics in economics.) In other words people have the freedom of choice to change their minds and pursue actions that are contrary to what was observed in the past. As a result of the unique nature of human beings, analyses in economics can only be qualitative.

A popular view argues that economics is concerned with numerical issues like the price of a good and its quantity. This in turn, it is held, makes economics friendly towards the introduction of measurement and mathematics. Measurement, however, implies the possibility of the assignment of numbers which can be meaningfully subjected to all of the operations of arithmetic. To accomplish this, it is necessary to define an objective fixed unit. Such an objective fixed unit doesn't exist in the realm of human valuations. There are no constant standards for measuring the minds, the values and the ideas of men.

The magnitude of the change in consumption will be calculated from the equation that the mathematical economist has estimated. Causality, however, is set by the nature of human beings, i.e. that they possess a rational mind. This in turn means that an individual's consumption is not caused by disposable income but by his rational choices. In other words, every individual decides how much to consume and how much to save in accordance with his own goals and circumstances. Every individual assesses the facts of reality, one of which is his disposable income.