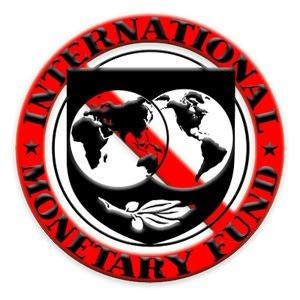 Representatives of the governments of the ten most powerful industrial nations (outside the Communist bloc) have begun a study of the world's monetary systems. Such a study is long overdue. Yet the prospects that it will result in a real improvement are not bright. On the contrary, the most influential governments are pushing for an increase in world "reserves" and international "liquidity." In plain English, they are pushing for more world inflation.

The real problem is how to bring this inflation to a halt. The real solution is to dismantle the International Monetary Fund system. This system has proved, in practice, a gigantic machine for world inflation. In the nearly 20 years of its existence, more and greater devaluations have occurred in national currencies than in any comparable period.

In Newsweek of Oct. 21, I called attention to this record, beginning with the scores of devaluations in 1949, touched off by the overnight devaluation of the British pound from $4.03 to $2.80. In the decade from the end of 1952 to the end of 1962, 43 leading currencies depreciated. The US dollar showed a loss in internal purchasing power of 12 percent, the British pound of 25 percent, the French franc of 30 percent. The currencies of Argentina, Brazil, Chile, and Bolivia lost, respectively, 89, 91, 94, and 99 percent of their purchasing power.

This result was not accidental. It was made possible, if not in effect caused, by the IMF system.

It is amazing that this system, jerrybuilt at Bretton Woods in 1944, is not only still tolerated but regarded as practically sacrosanct. Its paternity was not auspicious. Its two fathers were Harry Dexter White of the United States and Lord Keynes of England. White, who later served as US executive director of the IMF, was reported by the FBI in 1945 (as revealed in an announcement by Attorney General Brownell in 1953) to be a Russian spy.

Keynes urged Britain to adopt the plan precisely because he regarded it as inflationist. It would provide, he argued in the House of Lords (May 23, 1944),

a great addition to the world's stock of monetary reserves. … We are determined that, in future, the external value of sterling shall conform to its internal value as set by our own domestic policies, and not the other way round. … We intend to retain control of our domestic rate of interest, so that we can keep it as low as suits our purpose, without interference from the ebb and flow of international capital movements or flights of hot money.

Finally, Keynes assured his hearers, "If I have any authority to pronounce on what is and what is not the essence of a gold standard, I should say that this plan is the exact opposite of it."

Tied to the Dollar

If there were no IMF, governments whose currencies were shaky as a result of their reckless fiscal and monetary policies would be forced to go to private bankers or investors to extricate them, and private investors would insist on guarantees of fiscal and monetary discipline as a condition of such help. But Keynes insured that a nation's "domestic" inflationary policies "shall be immune from criticism by the Fund." He provided for automatic borrowing rights, and left any aid conditions to the necessarily political decisions of other governments through their representatives on the IMF.

Other countries have been able to devalue freely. But because all other currencies are anchored by the system to the American dollar, this freedom is denied to the United States, which cannot devalue without creating world monetary chaos. Our government has, nevertheless, continued to follow irresponsible fiscal, monetary, and interest-rate policies calculated to make this result inevitable. And this is what makes the IMF system dangerous for every other member nation — for the future value of their own currencies, and their own economic stability, have become dependent on the uncertain "domestic" fiscal and monetary policies of the United States.

Why not take another look at the possible virtues of a return to a world gold standard?

[This article was first published as "Undo the IMF System" in Newsweek, November 11, 1963.]