GET NEWS AND ARTICLES IN YOUR INBOXPrint
A
A
Home | Mises Library | Bring Back the Bank Run!

Bring Back the Bank Run! 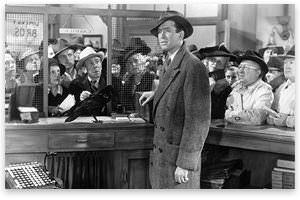 [This article originally appeared in the Free Market, February 1990 (8.2), and is included in the book The Economics of Liberty, edited by Lew Rockwell.]

Murray N. Rothbard, the economist and libertarian philosopher, has a forcible view on the institutions of fractional-reserve banking: it is "a giant Ponzi scheme in which a few people can redeem their deposits only because most depositors do not follow suit."

Some features of the modern banking dilemma are new, notably the socialization of credit risk during the Reagan years. It was decided that no money-center bank would be allowed to fail and that no depositor, even a sophisticated one, would be allowed to lose his money in a failure, if it could possibly be helped. But other problems are cyclical and still others are chronic. Reading up on the subject, one becomes fatalistic about it.

In gaslight days, before the "too-big-to-fail" doctrine and other modern banking improvements, national banks were bound to hold reserves amounting to 25% of demand deposits. By our standards, this was a lavish margin of safety, even if, as Rothbard notes, capital reserves were often tied up in government bonds. ("[B]anks were induced to monetize the public debt," he has written, "state governments were encouraged to go into debt and government and bank inflation were intimately linked.")

Reserve requirements were reduced to 18% with the advent of the Federal Reserve System in 1913 and stand at 12% today [1990]. Loans as a percentage of assets are higher today than they used to be, however. And off-balance-sheet liabilities — such as standby letters of credit, interest-rate swap commitments, and futures-markets trading — are higher, too.

The rise in the risks attached to banking prompts numerous questions about the nature of lending and the credit cycle. How has the regulatory and monetary climate of the 1980s affected bank lending? If, as seems obvious, it has inflated it, what will be the consequences of it?

If anything is new about banking in our epoch, it is the substitution of federal guarantees for the liquidity of individual banks. It is the policy that, in the case of the 11 or so largest banks, failure will not be allowed and that, even in smaller institutions, depositors will be protected. It is this regulatory sea change that distinguishes the current debt expansion from so many earlier ones.

Years ago, when weak banks suffered runs by public depositors, instead of seizure by the Federal Deposit Insurance Corporation, a liquid balance sheet constituted a competitive advantage. When James ("Sunshine Jim") Stillman, National City's dour chairman, correctly forewarned his associates in early 1907 to prepare for a panic that fall, he was able to anticipate a competitive silver lining:

What impresses me as most important is to go into next Autumn ridiculously strong and liquid, and now is the time to begin and shape for it. If by able and judicious management we have money to help our dealers when trust companies have suspended, we will have all the business we want for many years.

If, however, one's institution is beyond failure, it hardly makes business sense to build reserves against an unpredictable day of reckoning. What it makes sense to do is lend, and so banks have lent.

Economist Rothbard has written a brief ode in prose to the bank run:

It is a marvelously effective weapon because (a) it is irresistible, since once it gets going it cannot be stopped, and (b) it serves as a dramatic device for calling everyone's attention to the inherent unsoundness and insolvency of fractional reserve banking.

The Federal Reserve Act of 1913 was hailed as a gift to the nation, in part because it seemed to promise a run-free future. Because the reserve banks would lend in times of crisis, commercial banks could afford to become a little less liquid — a little more expansive — in good times.

Things did not work out exactly that way, and the 1930s saw a marathon of bank runs. Rejecting conservative counsel, the Roosevelt administration created the Federal Deposit Insurance Corporation to furnish still more federal assurances to bankers and depositors. Over the next several decades, the conviction took root that enlightened legislation had eliminated the possibility of another national banking crisis.

The strategy has worked, and it hasn't worked. There has been no great deflation, no national bank holiday, and no prairie-fire run on the members of the New York City Clearing House Association. On the other hand, there has been the thrift snafu and the Third World crisis. Each is an emblematic event, as each has lingered for years, not months, and the cost of each is measured in the scores of billions of dollars, nothing less. It is hard to imagine a free banking system getting itself into scrapes like those in the first place.

Commenting on some of these trends some months ago was none other than the Chairman of the Federal Reserve Board. Alan Greenspan delivered an unusual speech at a remarkable time. The date was October 16, 1989, the Monday following Friday the 13th, and the audience was the American Bankers Association. Greenspan proceeded to describe the 150-year odyssey by which American banks have become more leveraged and less liquid.

What was notable was the chairman's historical perspective (even if, for professional reasons, he did not share Rothbard's view that fractional-reserve banking is a fraud). In banking and credit terms, Greenspan admitted, the 20th century has been an age of relaxation. While not deploring this trend, he did not ignore it either. "Although leverage was important in the past, as now, the amount of leverage historically was much less than we see today." Despite the addition of $14 billion in equity capital by national banks in 1988 and the first half of 1989, "capital levels for the industry remain at the low end of their broad historical range."

In other words, by historical standards, the banks are loaned up. More than that, they are stuffed (many of them) with loans that were once considered inappropriate for the balance sheet of a commercial lending institution. The most prevalent specimen of this class of dubious assets is loans against speculative commercial real estate. As banks withdrew from business lending, they turned to property.

Like Greenspan, Robert L. Clarke, comptroller of the currency, adopts a non-Rothbardian worldview. He recently testified that

the national banking system is fundamentally sound. That conclusion is based on a substantial increase in capital levels, especially equity capital levels, relatively strong earnings, and an improvement in overall credit quality among the majority of national banks during the past 18 months.

He evidently rejects Professor Rothbard's theory that a run-resistant, semisocialized, fractional-reserve banking system is a house of cards. 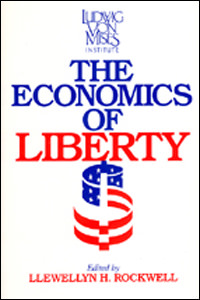 What has been lacking in American banking in recent years is the bank run. And when it has not been lacking — as in the rescue of Continental Illinois in 1984 — it has been frightening. With the wholesale substitution of federal promises, actual or implied, for conservative banking practices, the caliber of lending has inevitably suffered. Sunshine Jim Stillman, were he to return to Wall Street for a day, would very probably wish that he hadn't.

Is the banking dilemma eternal? It doesn't have to be. We could desocialize credit risk and let the bank runs take their toll. Absent federal meddling, the bottom line would be simplicity itself. The proof that banks have created excess credit would be found in the action of markets. It would be a fascinating picture if not a pretty one.

This article originally appeared in the Free Market and is included in the book The Economics of Liberty, edited by Lew Rockwell.