100 Years of Myths about Standard Oil 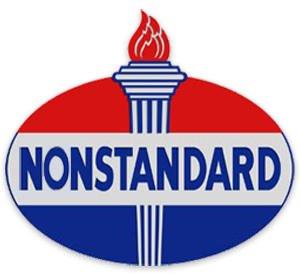 05/13/2011Gary Galles
May 15 is the 100th anniversary of the most famous antitrust ruling in US history — the 1911 Standard Oil case. Unfortunately, the mythology and aftermath of that case has undermined competition and harmed consumers ever since.

The myth was pushed most publically by journalist Ida Tarbell (whose father and brother both competed poorly against Standard Oil) in the chapter "Cutting to Kill" in her The History of the Standard Oil Company, described by Thomas DiLorenzo as "a classic of antibusiness propaganda."

What is the myth that led the Supreme Court to break up Standard Oil in order to protect competition? In the words of antitrust scholar Dominic Armentano,

The popular explanation of this case is that Standard Oil monopolized the oil industry, destroyed rivals through the use of predatory price-cutting, raised prices to consumers and was punished by the Supreme Court for these proven transgressions. Nice story but totally false.

The Standard Oil myth implied that our competitive system could be undermined by predatory pricing, in which large firms would destroy smaller firms and then use their monopoly power to raise prices to consumers. Combined with fears that such predatory tactics could also be used in other industries, it led to several antitrust laws designed to protect consumers against those mythical abuses.

These laws include the 1914 Clayton Act's prohibition on predatory price discrimination, the 1914 Federal Trade Commission Act's power to prohibit "unfair competition" (a masterpiece of vagueness, given that it is hard to think up how an offer willingly accepted by consumers could be unfair to them, absent force or fraud), and the 1936 Robinson-Patman Act's restrictions on price reductions and quantity discounts.

The problem with the Standard Oil predatory-pricing myth that is the foundation of this legislation and the mountains of litigation it has generated is that it is not only untrue but actually the opposite of what happened.

John McGee, who studied the Standard Oil case in unprecedented depth, reporting his results in two seminal Journal of Law and Economics articles, contrasted its role as the legendary "archetype of predatory monopoly" in the public imagination with the evidence, and determined that "Standard Oil did not use predatory price cutting to acquire or keep monopoly power."

McGee also went further than the specific evidence in the Standard Oil case to show that even if a firm intended to monopolize an industry, the predatory pricing "story" as a means of achieving it was riddled with logical holes. (That is, predatory pricing costs the supposed predator far more than it costs the prey, who can further expand the cost difference by temporarily shutting down. Unless the predator is allowed to buy up a victim driven to bankruptcy, others can buy up those assets cheaply, thus allowing them to again compete with the predator and reenter effective competition. Without the ability to prevent entry once monopoly pricing is attempted, the monopoly payoff disappears. Because it requires monopoly power to finance predation, predation cannot be the source of monopoly power.)

In contrast to the predatory harm to consumers alleged against Standard Oil, what actually happened?

The mechanism of predatory exploitation of consumers requires substantial monopoly power that is used to increase prices, thereby reducing the outputs sold. But Standard Oil had no initial market power, with only about 4 percent of the market in 1870. Its output and market share grew as its superior efficiency dramatically lowered its refining costs (by 1897, they were less than one-tenth of their level in 1869), and it passed on the efficiency savings in sharply reduced prices for refined oil (which fell from over 30 cents per gallon in 1869, to 10 cents in 1874, to 8 cents in 1885, and to 5.9 cents in 1897). It never achieved a monopoly (in 1911, the year of the Supreme Court decision, Standard Oil had roughly 150 competitors, including Texaco and Gulf) that would enable it to monopolistically boost consumer prices. So it can hardly be argued seriously that Rockefeller pursued a predatory strategy involving massive losses for decades without achieving the alleged monopoly payoff, which was the source of supposed consumer harm.

Standard Oil is not the only example of alleged predation to be rejected upon investigation. And that has long been known. Thirty years ago, in an investigation of over 100 federal predation cases, Ronald Koller found no evidence of monopoly created via predatory pricing in the eight decades following the Sherman Act's passage in 1890. Or, as summarized by Thomas DiLorenzo,

[T]here has never been a single clear-cut example of a monopoly created by so-called predatory pricing… claims of predatory pricing are typically made by competitors who are either unwilling or unable to cut their own prices. Thus, legal restrictions on price cutting, in the name of combating "predation," are inevitably protectionist and anti-consumer…"

In the aftermath of the predatory-pricing myth, America now has multiple federal laws — as well as reams of unfair competition laws at the state level — to protect us from a nonexistent threat. Rather it appears to be a good example of H.L. Mencken's assertion that "The whole aim of practical politics is to keep the populace alarmed (and hence clamorous to be led to safety) by menacing it with an endless series of hobgoblins, all of them imaginary."

Even worse than the absence of consumer benefit from all this antitrust "protection" is that it has become a means by which those outcompeted in the marketplace use allegations of predatory pricing to paralyze the competitive superiority of rivals, when the advantages of this superiority are passed on to benefit consumers. The cost of such allegations is supercharged by the triple damages that successful antitrust claims are awarded. Antitrust cases can cost tens of millions of dollars to defend — costs that the defendant must "eat" even if they are found innocent. They involve vague and therefore arbitrary criteria (competition that benefits consumers is always "unfair" from the perspective of those who have been outcompeted), and can require plaintiffs — who are essentially guilty until proven innocent — to prove their intent in price cutting was innocent, rather than an evil attempt at monopolization (which could occur in a free market only if every consumer believed they were made better off as a result). In other words, antitrust is more likely to be a lucrative legal shakedown racket whose costs consumers ultimately bear, than consumer protection.

The rhetoric of antitrust is universally procompetition and proconsumer, and nowhere more so than in charging firms with predatory pricing. But the reality of Standard Oil and other cases where predation is asserted is diametrically opposed to the mythical hobgoblin that has produced multiple state and federal antitrust laws to defend against it.

As Harold Demsetz summarized it, "The attempt to reduce or to eliminate predatory pricing is also likely to reduce or eliminate competitive pricing beneficial to consumers."

In other words, if we would take the proconsumer rhetoric of antitrust seriously, we would abandon every bit of antitrust law "inspired" by the myth of Standard Oil.