How do we compare wealth over time? I came across one fun fact recently about the highest-paid athlete of all time. The first names that come to your mind might be Tiger Woods, Michael Jordan, or Cam Newton. However, according to this source, the title belongs to Gaius Appuleius Diocles, a chariot racer of ancient Rome.

By comparing his prize money to the pay of Roman soldiers and extrapolating based on the pay of modern soldiers, the author arrives at the dubious modern equivalent of $15 billion dollars. For the sake of argument, let’s accept his calculation.

If this comparison is a fair one, Diocles would be richer than Elon Musk, Eric Schmidt, or Ralph Lauren.

But it’s not a fair comparison. Nominal dollar figures are no good when it comes to comparing wealth over time, and the comparison becomes worse the larger the time difference. The reason is because wealth is not simply the money in your bank account, but what you can buy with your money.

Diocles is like the man stranded on the island. He had no air conditioning, car, internet access, antibiotics, or rock music. He had no Big Macs, Coca-Cola, Star Wars movies, or Colgate. By modern standards, Diocles was dirt poor.

Likewise, by ancient standards, many below the poverty line today are incredibly wealthy.

I do not say this to minimize the importance of getting people out of poverty, however it is defined. I would like for everyone to be able to not only survive but enjoy their lives as much as possible. However, in discussions about income and wealth inequality and how they have changed over time, understanding the difference between real and nominal wealth gives some perspective.

Somebody with little more than a small rented apartment with central air and heat, running water, and electricity to power a small TV and various appliances is wealthier than even the kings of old.

Therefore, the important question we should be asking is not “how do we eliminate wealth and income disparities today?”, but “what caused the dramatic increase in standards of living for populations as a whole over the past few centuries?”

The answer is capital accumulation, international trade, industrialization, and unleashed entrepreneurship. Unfortunately these mechanisms of economic growth are often accused of “causing poverty” and creating the nominal income inequality we see today.

A Side Note on Income Inequality

Strictly defined, income and wealth inequality are essential features of the market economy. Every transaction involves somebody parting with some money and somebody receiving the same amount. Enforcing pure income inequality would mean banning all exchange.

Nevertheless, we can point to some causes of extreme income inequality. The Cantillon effects of monetary expansion explain how those closest to the money spigot are enriched at the expense of those who receive the new money last. The reason for this is because there is a time delay between the increase in prices and the increase in some people’s incomes, i.e., money is non-neutral. This was one of the key insights from Mises.

Monetary expansion creates nominal and real income inequality, beyond what would exist without artificial increases in the money supply. Counterfeiters are certainly capable of amassing real goods before they are caught, if they are caught.

Cantillon effects might explain why five of the top six counties ranked by median household income are just outside of Washington, DC. 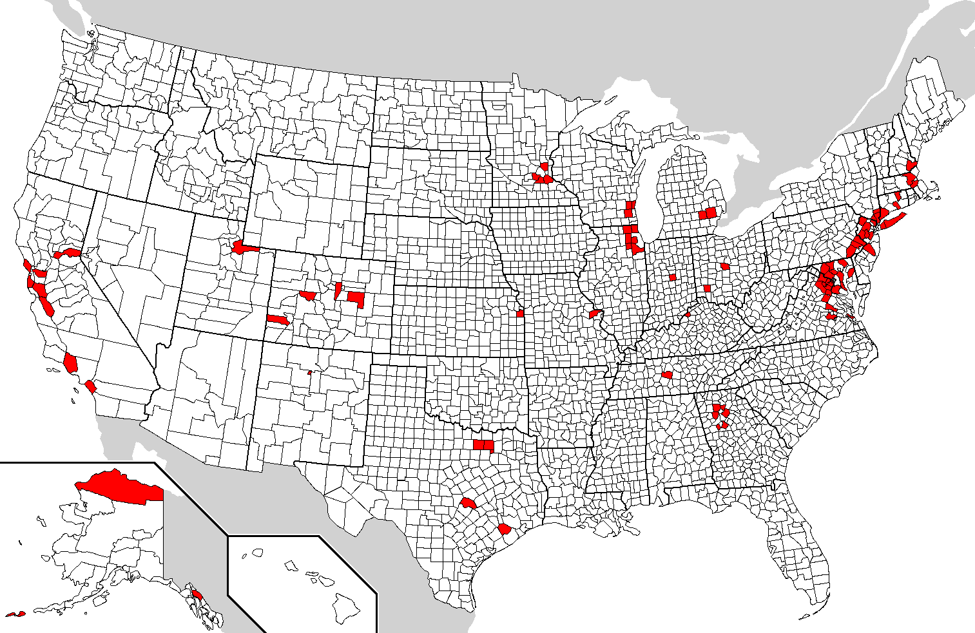 Real wealth is what matters and real wealth comes from production. Nominal figures cannot be used to compare the wealth of ancient people to modern people, for the simple reason that the goods and technologies we have available to us today surpass anything Diocles could have imagined.

Jonathan Newman is a recent graduate of Auburn University and a Mises Institute Fellow. Contact: email

In 1971, Nixon used a fiscal crisis to justify severing the dollar's last connection to gold. It was the same old...