The Notion of Neutral Money 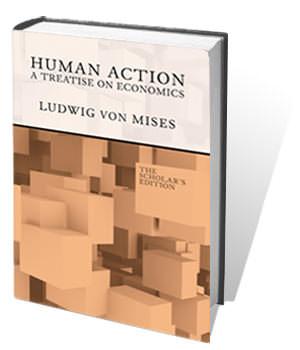 [This article is excerpted from chapter 17 of Human Action: The Scholar's Edition. An MP3 audio file of this article, read by Jeff Riggenbach, is available for download.]

The notion of a neutral money is no less contradictory than that of a money of stable purchasing power. Money without a driving force of its own would not, as people assume, be a perfect money; it would not be money at all.

It is a popular fallacy to believe that perfect money should be neutral and endowed with unchanging purchasing power, and that the goal of monetary policy should be to realize this perfect money. It is easy to understand this idea as a reaction against the still-more-popular postulates of the inflationists. But it is an excessive reaction, it is in itself confused and contradictory, and it has worked havoc because it was strengthened by an inveterate error inherent in the thought of many philosophers and economists.

These thinkers are misled by the widespread belief that a state of rest is more perfect than one of movement. Their idea of perfection implies that no more perfect state can be thought of and consequently that every change would impair it. The best that can be said of a motion is that it is directed toward the attainment of a state of perfection in which there is rest because every further movement would lead into a less perfect state.

Motion is seen as the absence of equilibrium and full satisfaction, as a manifestation of trouble and want. As far as such thoughts merely establish the fact that action aims at the removal of uneasiness and ultimately at the attainment of full satisfaction, they are well-founded. But one must not forget that rest and equilibrium are not only present in a state in which perfect contentment has made people perfectly happy, but no less in a state in which, although wanting in many regards, they do not see any means of improving their condition.

The absence of action is not only the result of full satisfaction; it can no less be the corollary of the inability to render things more satisfactory. It can mean hopelessness as well as contentment.

With the real universe of action and unceasing change, with the economic system which cannot be rigid, neither neutrality of money nor stability of its purchasing power are compatible. A world of the kind that the necessary requirements of neutral and stable money presuppose would be a world without action.

It is therefore neither strange nor vicious that in the frame of such a changing world money is neither neutral nor stable in purchasing power. All plans to render money neutral and stable are contradictory. Money is an element of action and consequently of change.

Changes in the money relation, i.e., in the relation of the demand for and the supply of money, affect the exchange ratio between money on the one hand and the vendible commodities on the other hand. These changes do not affect at the same time and to the same extent the prices of the various commodities and services. They consequently affect the wealth of the various members of society in different ways.

This article is excerpted from chapter 17 of Human Action: The Scholar's Edition. An MP3 audio file of this article, read by Jeff Riggenbach, is available for download.