GET NEWS AND ARTICLES IN YOUR INBOXPrint
A
A
Home | Wire | Billions Gone: 2016 Olympics Venues in Brazil Are Now in Ruins

Billions Gone: 2016 Olympics Venues in Brazil Are Now in Ruins

The 2016 Summer Olympics in Brazil cost Brazilian taxpayers $4.6 billion, conservative estimates show. But once related expenses covered by the Brazilian government are factored in, the overall costs hit the $12 billion mark, which equates to about 0.72 percent of Brazil’s national budget.

Prior to the Olympics, however, the Brazilian government had already spent BR$39.5 billion on infrastructure, or about $12 billion. Stadiums and urban projects designed to ensure the country was ready for the sports event were built, but aside from the events scheduled for 2014 and 2016, there seemed to be little to no demand for such public investments, which prompted the country to wonder whether the expenses were worth the trouble.

Now, as these same structures are left to rot, the documented decay becomes a symbol of government waste, not only because the investments weren’t meant to stand the test of time, but also because the Brazilian government’s lack of concern for the taxpayer is not the main story. It is, in fact, just a footnote.

Like many others, the government ignored the economic realities of the country, betting on inflation and cronyism in order to throw an unforgettable party. 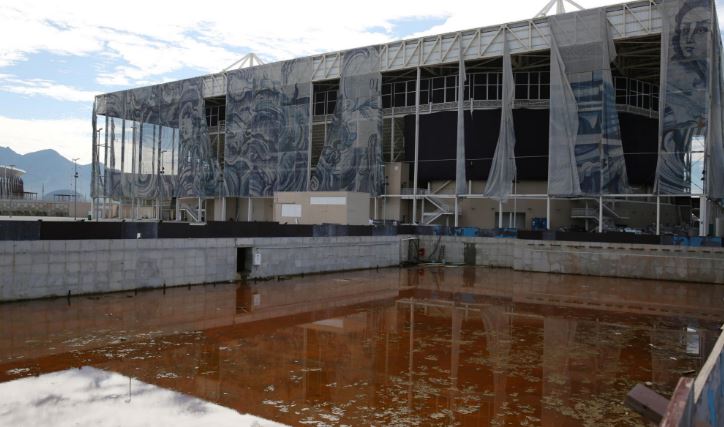 A Party Worth Going Broke For: How Brazil “Paid” the Olympic Bills

Due to backlash over former President Dilma Rousseff’s economic policies, a nationwide movement supporting impeachment targeted her for, among many other things, raising government spending without accounting for the increases.

Due to the government’s lavish spending prior to the World Cup and Summer Olympics, Rousseff was afraid of suffering the consequences for increasing spending without hurting other government projects as a result, which would have forced the president to be upfront about her expenses. This led to a move that provoked chaos among consumers simply because banks were forced to put money into circulation that wasn’t backed by anything.

Instead of giving the money to banks so they could then cover social projects, pensions, and welfare programs, Brazil’s Treasury Department simply promised banks they would pay them back down the road. Thus, money meant for other projects remained in the treasury, allowing the federal government to spend it elsewhere. This move guaranteed that financial institutions keeping an eye on the government’s budget wouldn’t know that banks hadn’t been using the money coming from the Treasury. This allowed banks to distribute sums associated with welfare and other social programs without depleting the government’s funds. As more cash was put into circulation by the banks and the federal government due to the World Cup and Olympics-related expenses, the value of Brazilian money tanked. To the consumer, that translated into lower purchasing power, making it more difficult for the poor to stock their pantries.

With the government’s out of hand expenses prior to the World Cup and Olympics, the Brazilian people suffered the ultimate blow because the government robbed them of their money’s purchasing power, all because the president didn’t want to admit her government's spending had gotten out of hand.

Now that the structures built for the world to see are rotting away, the low-income Brazilian continues to suffer. The only solution to this matter is to unleash currency control from the Brazilian central bank, removing its responsibility for financial policies from the hands of the federal government. Only then will the federal government be powerless in creating more debt and inflation, keeping it from playing with the Brazilian taxpayer’s hard-earned money.

Alice Salles was born and raised in Brazil but has lived in America for over ten years. She now lives in Fort Wayne, Indiana, with her husband, Nick Hankoff, and their four children.

39 people were killed in school shootings in 2018 (one of the worst years.) In the same period, 900 children drowned, and 1,800 were murdered via child abuse.

Mises University Is the Fix!

MU changes lives for the better. Please support this magnificent week of education for the deserving students who seek real education beyond the traditional college route.

Alice Salles was born and raised in Brazil but has lived in America for over ten...

For decades, countless parents have been on autopilot when it comes to letting the state manage their child's...

Governments are seeking to mandate vaccine usage in a variety of ways, even while vaccine producers are shielded...