You Can’t Run an Economy with Spreadsheets 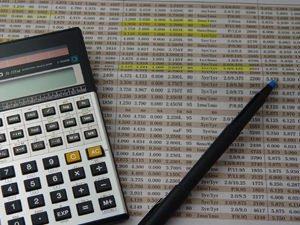 Tags Booms and BustsCalculation and Knowledge

Argentina’s economic minister, Axel Kicillof, has become famous for his assertion that it is possible to centrally manage the economy now because we have spreadsheets such as Microsoft Excel. This assertion comes from the mistaken view that the cost of production determines final prices, and it reveals a profound misunderstanding of the market process. This issue, however, is not new. The first half of the twentieth century witnessed the debate over economic calculation under socialism. Apparently, Argentine officials have much to learn from this old debate. The problem is not whether or not we have powerful spreadsheets at our disposal; the problem is the impossibility of successfully creating a centrally-planned market.

At the turn of the century Ludwig von Mises, Max Weber, and Boris Brutzkus independently offered critiques on the socialist commonwealth, understood to be a society where there is no privately-held means of production. Mises was simple and direct. Unlike families or small tribes, where there is intimate knowledge among members, a large society requires prices to organize efficiently. The socialists, argues Mises, are quick to point out market failures, but are silent on how to efficiently organize the socialist commonwealth without the existence of prices. Marx, who does not offer an explanation of how socialism would work once capitalism withers away, calls the socialists (i.e., Saint-Simon and Fourier), who do describe the resulting socialist community, “utopians.” Without economic calculation to reveal which activities add value to society (profits) and which do not (losses), it is an illusion to assume that efficiency would just happen. Arguments other than economic calculation can be put forward as a principle to organize society, but the question of how economic efficiency is achieved remains unanswered.

As a response to this critique, writers in the socialist literature went from describing imaginary societies and criticizing capitalism to trying to solve Mises’s challenge. Oskar Lange and Wassily Leontief are two of the most famous authors who tried to solve this problem. One of the answers offered is the assumption of perfect information (still present in economics textbooks). The argument goes, if we assume to have all the required information, then the economy can be at equilibrium, and therefore Mises’s challenge is interesting, but inadequate. A centrally-managed economy is possible, if we have perfect information. At this point in the debate, it is Hayek who responds to the socialists’ contention with four important points:

(1) The amount of information needed and the calculation constraints are prohibitive to the socialist project, even if we grant the assumption of perfect information. But this is just an illustrative point that Hayek is making. Even though socialists and Marxists usually stop at this point, Hayek’s point is much more subtle as the following points show.

(3) Hayek also distinguishes (admittedly with some confusion) between information and knowledge. Information is a quantitative concept, and as such, can be either complete (perfect) or incomplete (imperfect). This is what socialists refer to as the assumption of perfect information. But knowledge is a qualitative concept, and because of this it can be neither complete nor incomplete. Knowing how to ride a bike or how to successfully run a business is not the type of knowledge that can be input into an Excel spreadsheet. This distinction is important because it is entrepreneurs who are the engine of economic growth and development. In other words, Excel cannot solve the market problem that entrepreneurs have to solve because this requires interpretation and knowledge, not just numerical data. Little is achieved if all information is given to Kicillof’s team if they don’t know how to interpret it.

As soon as we recognize all of Hayek’s points, we realize that to take the Excel spreadsheet approach is like building a car without an engine (the entrepreneurs) and without road signs (the market) to signal the right way to go. It is no surprise that the Argentine economy malfunctions without a clear route taken by government officials. It is a mistake to confuse market prices with regulated prices, and the prices that provide useful information are the ones that emerge from free exchanges in the market, not government imposed prices originating in an Excel spreadsheet. To use the same word “price” to describe these two different phenomena misleads him who arrogates to himself the right to decide the fate of thousands of people. It is an illusion to believe that the same information that arises from market prices will magically emerge from government-imposed prices. What Kicillof’s team inserts into the Excel spreadsheet are not prices, but expressions of desires detached from economic reality.

The success of economic policy and market regulation, however, is not evaluated on desires and intentions, but on results. The problem with the Excel spreadsheet approach is not the intentions of the policymakers, but that such tools cannot possibly replace the market process.

The undeniable economic problems of Argentina run much deeper than what number to input into Kicillof’s spreadsheet. The problem is a confused reading of how markets work, and how governments continue with deficit spending in the service of favored interest groups.