Wiki and the Misesian Vision 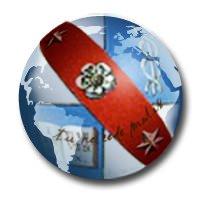 What follows is a short article on the Austrian rationale behind both Wikipedia and the new Mises Wiki. This article introduces some important concepts, explains the virtues of Wikipedia, and then illustrates the key differences between it and Mises Wiki. This is not so much an exposition of Mises Wiki as it is a Misesian and Hayekian interpretation of the project.

Economics is a science revolving around human individuals and the relationships developed between them, each intending to satisfy his own predetermined desires and demands. The crowning achievement of both the individual and society as a whole — or the aggregate of all individuals in a society — is the division of labor. It is by no coincidence that the concept of the division of labor occupies a considerable portion of Adam Smith's Wealth of Nations, for it is the basis of all advanced production.1 It is the division of labor that allows the individual to produce economic goods that themselves would fall short of meeting his desires but at the same time gives the individual access to a bevy of goods that ultimately allow him happiness beyond the point of sustenance.

The question of how millions of individuals are able to coordinate and create the "harmony of interests" the capitalist system affords society through the division of labor (coordinated by the price mechanism) was beyond the economics profession until the 1930s and 1940s. While a debate had long existed over the viability of central planning, intensifying during the 1920s with Ludwig von Mises's publication of "Economic Calculation in the Socialist Commonwealth"2 and Socialism,3 economics lacked a precise and tenable explanation of the mechanism behind the price system.4

This task fell to Ludwig von Mises and Friedrich Hayek. Human Action represents Mises's synthesis of his criticism of socialist "calculation" and his explanation of the working of the capitalist price mechanism.5 For Mises, the price system was a product of individual persons acting within a division of labor, coordinating their individual valuations.6 It was upon this idea that Hayek wrote "The Use of Knowledge in Society" in late 1945.7

In that essay, Hayek explained how a being that held all scientific knowledge would still be incapable of efficiently distributing resources in lieu of a decentralized price mechanism. In surprisingly Misesian fashion, Hayek underscored the all-important notion that resource economization is not a product of objective fact but the result of individuals subjectively and rationally evaluating their choices of actions within a division of labor. Most important, while acting individuals hold only partial knowledge, that knowledge is derived in such a way that only the individual himself can interpret it. Thus, economic knowledge is far more than the sum of all objective facts; it is also the sum of all subjective valuation.

The price mechanism is the artery by which information is spread throughout the division of labor. It is the phenomenon which allows economic coordination to take place between individuals who themselves do not realize the full scale of the harmonization involved. In a nutshell, the price mechanism is what allows a person to enjoy the satisfaction of the most basic products available to him, without even being aware of the existence of the producers of all of the capital goods that went into the production of those products.

Inspired by Hayek's 1945 essay, entrepreneur Jimmy Wales recruited Larry Sanger and founded Wikipedia, the online, collaborative encyclopedia, in 2001. Since then, Wikipedia has exploded. What is amazing is that it did so, not under the guidance of any particular person, but as a result of collaboration and arbitration between the thousands of editors who make up the Wikipedia community. It was not a top-down effort; the founders did not subcontract to one group of individuals, who then subcontracted to another, who then subcontracted to another, so on and so forth. It was a bottom-up genesis, in which it was the users who created the varying levels of management and job specialization. One could be tempted, in fact, to consider Wikipedia almost a test-lab recreation of a division of labor virtually from scratch.

The Misesian question is clear: can a community of thousands of editors, with no central direction except that which they voluntarily organize for themselves, provide a better representation of the sum of all human knowledge than can a handful of paid academics? And the Hayekian question is this: can the sum of all of Wikipedia's editors' knowledge, each with their own subjective perspectives and valuations, ultimately be more accurate than that of a few academics restating generally recognized objective facts?

So far, the verdict is clearly in Wikipedia's favor. Sure, a professional encyclopedia can probably flaunt the fact that most of its entries are reviewed, generally accurate, and noncontroversial.8 However, no encyclopedia enjoys Wikipedia's broad range of topics. More importantly, articles that are of high quality have gone through an extensive process of review, and the more popular the topic, the greater the number of editors involved in the review process.9 Like anything else, however, Wikipedia is a work in progress, in much the same way that the market is a process. Here, the advantage is unmistakably Wikipedia's, since it enjoys a large community constantly working to improve the encyclopedia's content.

The beauty of Wikipedia is not only what it offers us today but also what it can offer us tomorrow. Its nature, similar to that of the market, means that it is bounded only by the creativity of its community of users. When all of Wikipedia's separate projects are taken into account, one realizes that it is much more than just an encyclopedia (in dozens of languages). It is also a repository of documents, images, and other files. No less, the Wikipedia community has become another facet of the recent revolution in private education, capable of providing textbooks to those who otherwise could never afford them. It is constrained only by the ever-expanding walls of the human mind — better said, the human minds of tens of thousands of individuals. This is its most decisive Misesian and Hayekian quality.

"It is a wiki for the Austrian, and that is what sets it apart."

This is what the Mises Institute has in mind when unveiling the new "Mises Wiki" — an online repository of Austrian knowledge, limited in scope only by the sum of the creativity of its users. Imagine a database of Austrian knowledge not only meant to distribute information but also designed to allow the reader the ability to engage and ultimately add to it.

The best part? Like Wikipedia, Mises Wiki will have to be built from the ground up. This gives an opportunity for Misesians to design it in a way congruent with their personal philosophy, voluntarily interacting with each other in their own self-interests. Since there is no enforced social organization (i.e., government), there is room for competing structures of association. The result is far from chaotic. Leading by example, Wikipedia has shown that a cohesive, yet competitive, structure of organization can be created without the use of a monopoly on force. There is no reason results should be different with Mises Wiki. This is not to say that any form of organization will be agreeable to all, but given the philosophical similarities the user base will likely have, it would not be farfetched to reckon that whatever system is developed will be in accordance with the majority of the community.

In the free market, a firm develops in a similar way to Wikipedia, insofar as it leads to the creation of relatively rigid structures of management. People voluntarily enter into these relationships because they feel that doing so will push them toward their desired ends more so than any alternative choice of action. The market, if defined as a network of voluntary interaction, does not do away with such things as rules, management, and oversight. Rather, it allows (or more accurately, cannot disallow) there to be competing forms of rules, management, and oversight. Mises Wiki is founded on the same concept; it is an exercise in market competition — it aims to provide an alternative form of management, as created by the community that is more conducive toward Austrian scholarship. Concisely, it is a wiki for the Austrian, and that is what sets it apart from Wikipedia.

All considered, Mises Wiki provides an exciting outlet for young Austrian scholarship. Emphasis should be placed on the ability for a wiki encyclopedia to grow beyond what it was originally intended to be, its growth limited only by the vision of its community. The future is here, and you are invited to take part in its unfolding.

Hayek opened his 1945 essay "The Use of Knowledge in Society" by asking, "what is the problem we wish to solve when we try to construct a rational economic order?"

Purposefully or inadvertently, Jimmy Wales and all those responsible for Wikipedia have answered Hayek's question more eloquently and intuitively than Hayek did. The only problem that needs to be solved is whatever problem concerns the limiting of the human mind. Wikipedia excels because it reduces barriers to and even facilitates the application of rational creativity. It is only fitting that this model now be applied to a truly Misesian project, the Mises Wiki. For those with vision, now the task is not only continuing application, but expanding the idea to realms previously unexplored.