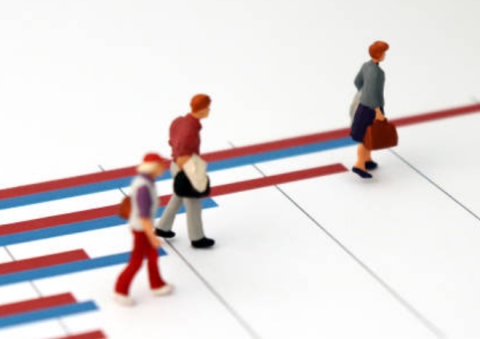 Some myths die hard. The myth of the gender wage gap is one that’s had particularly long legs. Right after winning an Academy Award, Patricia Arquette proclaimed that “It’s our time to have wage equality once and for all and equal rights for women in the United States of America” to thunderous applause. In her “11 Commandments of Progressivism,” Elizabeth Warren is so beside herself she writes “… I can’t believe I have to say this in 2014 — we believe in equal pay for equal work.” President Obama established an Equal Pay Task Force and one of his first acts was to pass the Lilly Ledbetter Fair Pay Act.

It’s all but taken for granted. Women make 77 cents on the dollar compared to what a man makes for the same work. I’ve been taught this since grade school. Indeed, it would seem to be that the only people who disagree with this are actual economists who study the issue.

As many have noted, a question quickly comes up when discussing wage discrepancies between two groups; if employers care so much about money (which progressives seem to be convinced of), why would they ever hire a man when they can hire a women to do the same thing for three quarters the cost?

Jobs Are Not Homogeneous

But a second problem comes up after just briefly scratching the data; why isn’t this wage gap even remotely close to being consistent across industries? It’s not just models (who make 10 times as much as their male colleagues), but also a variety — albeit minority — of different fields. Forbes recently ran an article based on the Bureau of Labor Statistics titled “15 Jobs Where Women Earn More Than Men.” These jobs include bakers (104 percent), teacher assistants (105 percent), nutritionists (101 percent), and occupational therapists (102 percent). Do those hiring bakers just happen to be some of the few people in this country who aren’t sexist?

What about location? The Huffington Post ran a similar article based on census data titled “The 11 Cities Where Women Out-Earn Men By the Biggest Margin.” They include Atlanta (121 percent), New York (117 percent), and San Diego (115 percent).

And as Warren Farrell notes, the 2003 Census Bureau Current Population Survey showed that “When women and men work less than 40 hours a week, the women earn more than the men.”1 134 percent for between 25 to 34 hours and 107 percent for between 35 and 39 hours.

Add to this another interesting fact. A study by the American Association of University Women — a group that strongly believes in the wage gap — found that,

[o]verall, the regression analysis of earnings one year after graduation suggests that a 5 percent pay gap between women and men remains after accounting for all variables known to affect earnings.

Leave aside the fact that regression analyses cannot be taken as gospel. There’s simply no way to control for every variable (see here for a great discussion on this topic). Even so, 5 percent is a lot less than the supposed 23 percent wage gap. Why would employers discriminate more as women got older? So, the wage gap is not only inconsistent with employer’s best interests, it’s also inconsistent across industries, locations, hours worked, and ages. Yes, this doesn’t sound suspicious at all.

And once you dig a little deeper, it becomes abundantly clear that men and women do not treat work or life in the same way. By either culture, biology or a mix of the two, men place a higher value on income. For example, a survey of men’s and women’s reasons for obtaining an MBA found that,

Men acquiring an MBA aspire to become President or CEO of both public and private companies. … Women MBAs, however, ranked management consulting, executive level vice-President positions and non-profit executive management high among their career goals. … Men expect to hold the top leadership positions and for women, it is still the exception.

This would also explain why men are more likely to seek after dangerous jobs with hazard pay. Thus, men make up 93 percent of workplace fatalities. Professor James Bennett found 20 differences between what men and women do in the workplace that influence income that aren’t found in the raw numbers — which is all the “77 cents on the dollar” takes into account. These reasons include,

The reason women are more likely to have a gap in their career is what economist Walter Block coined as Marriage Asymmetry Hypothesis in a study criticizing the wage gap back in 1981. Namely, when a man and woman get married, what typically happens is the man will take on the lion’s share of making money and the woman will take on the lion’s share of raising the children (a fact that has been demonstrated time and time again).

Whether this is right or wrong is irrelevant to the discussion at hand. The only thing that matters here is if the wage gap is due to discrimination. And the major differences between men and women in workplace behavior — primarily as a result of marriage — cast a lot of doubt on the discrimination hypothesis.

As Denise Venable points out in her analysis of the wage gap, “in general, married women would prefer part-time work at a rate of 5 to 1 over married men.” (This is probably why part-time women earn more than part-time men.) Furthermore, women over twenty-five years of age have held their current job for an average of 4.4 years vs. five years for men and pay raises come with seniority.

In addition, expectations and future plans play a big role in these decisions. As economist Thomas Sowell observes,

Women tend not to go into occupations in which there’s a very high rate of obsolescence. If you’re a computer engineer and you take five years out to have a child and [raise him] until the age you can put him in daycare, well my gosh, the world has changed. You’d have to start way, way back. On the other hand, if you become a librarian, a teacher or other occupations like that, you can take your five years off and then come back pretty much where you left off.

And when all of this is taken into account, the wage gap all but disappears, as many studies have found:

Even PolitFact rated the claim that “women are paid 77 cents on the dollar for doing the same work as men” as “Mostly False.”

It’s certainly possible that the small remaining gap in the CONSAD report is because of discrimination, although it’s just as likely to be other variables that weren’t accounted for since no study can have perfect controls. For example, how does one control for motivation and personal work/life goals? Regardless, most of the gap has to do with choices. There’s nothing wrong with women’s choices; indeed, there may be something wrong with men’s as seeking a work-life balance is probably a wiser decision. Still, it is these decisions that are the primary reason for the wage gap, not discrimination. This stubborn fact might explain why, despite all of their protests, the White House paid women only 88 cents on the dollar compared to men and even Hillary Clinton herself only paid women on her staff 72 cents compared to men. Reality just doesn’t seem to care much about rhetoric.