GET NEWS AND ARTICLES IN YOUR INBOXPrint
A
A
Home | Mises Library | What Is Statism? 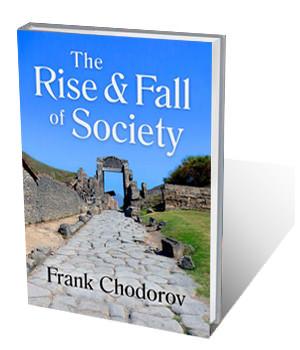 [This article is excerpted from the introduction to The Rise and Fall of Society, available in hardcover, paperback, PDF, and ePub.]

Collectivism is more than an idea. In itself, an idea is nothing but a toy of speculation, a mental idol. Since, as the myth holds, the suprapersonal Society is replete with possibilities, the profitable thing to do is to put the myth to work, to energize its virtue. The instrument at hand is the State, throbbing with political energy and quite willing to expend it on this glorious adventure. Thus comes Statism, or the worship of political power.

Statism is not a modern religion. Even before Plato, political philosophy concerned itself with the nature, origin, and justification of the State. But, while the thinkers speculated on it, the general public accepted political authority as a fact to be lived with and let it go at that. It is only within recent times (except, perhaps, during periods when Church and State were one, thus endowing political coercion with divine sanction) that the mass of people have consciously or implicitly accepted the Hegelian dictum that "the State is the general substance, whereof individuals are but the accidents." It is this acceptance of the State as "substance," as a suprapersonal reality, and its investment with a competence no individual can lay claim to, that is the special characteristic of the 20th century.

In times past, the disposition was to look upon the State as something one had to reckon with, but as a complete outsider. One got along with the State as best one could, feared or admired it, hoped to be taken in by it and to enjoy its perquisites, or held it at arm's length as an untouchable thing; one hardly thought of the State as the integral of Society. One had to support the State — there was no way of avoiding taxes — and one tolerated its interventions as interventions, not as the warp and woof of life. And the State itself was proud of its position apart from, and above, Society.

The present disposition is to liquidate any distinction between State and Society, conceptually or institutionally. The State is Society; the social order is indeed an appendage of the political establishment, depending on it for sustenance, health, education, communications, and all things coming under the head of "the pursuit of happiness." In theory, taking college textbooks on economics and political science for authority, the integration is about as complete as words can make it. In the operation of human affairs, despite the fact that lip service is rendered the concept of inherent personal rights, the tendency to call upon the State for the solution of all the problems of life shows how far we have abandoned the doctrine of rights, with its correlative of self-reliance, and have accepted the State as the reality of Society. It is this actual integration, rather than the theory, that marks off the 20th century from its predecessors.

One indication of how far the integration has gone is the disappearance of any discussion of the State qua State — a discussion that engaged the best minds of the 18th and 19th centuries. The inadequacies of a particular regime, or its personnel, are under constant attack, but there is no faultfinding with the institution itself. The State is all right, by common agreement, and it would work perfectly if the "right" people were at its helm. It does not occur to most critics of the New Deal that all its deficiencies are inherent in any State, under anybody's guidance, or that when the political establishment garners enough power a demagogue will sprout. The idea that this power apparatus is indeed the enemy of Society, that the interests of these institutions are in opposition, is simply unthinkable. If it is brought up, it is dismissed as "old-fashioned," which it is; until the modern era, it was an axiom that the State bears constant watching, that pernicious proclivities are built into it.

A few illustrations of the temper of our times come to mind.

The oft-used statement that "we owe it to ourselves," in relation to the debts incurred in the name of the State, is indicative of the tendency to obliterate from our consciousness the line of demarcation between governed and governors. It is not only a stock phrase in economics textbooks but is tacitly accepted in financial circles as sound in principle. To modern bankers, a government bond is at least as sound as an obligation of a private citizen, since the bond is in fact an obligation of the citizen to pay taxes. No distinction is made between a debt backed by production or productive ability and a debt secured by political power; in the final analysis a government bond is a lien on production, so what's the difference? By such reasoning, the interests of the public, which are always centered in the production of goods, are equated with the predatory interests of the State.

In many economics textbooks, government borrowing from citizens, whether done openly or by pressure brought upon the banks to lend their depositors' savings, is explained as a transaction equivalent to the transfer of money from one pocket to another, of the same pants; the citizen lends to himself what he lends to the government. The rationale of this absurdity is that the effect on the nation's economy is the same whether the citizen spends his money or the government does it for him. He has simply given up his negligible right of choice. The fact that he has no desire for what the government spends his money on, that he would not of his own free will contribute to the buying of it, is blithely overlooked. The "same pants" notion rests on the identification of the amorphous "national economy" with the well-being of the individual; he is thus merged into the mass and loses his personality.

Of a piece with this kind of thinking is a companion phrase, "We are the government." Its use and acceptance is most illustrative of the hold collectivism has taken on the American mind in this century, to the exclusion of the basic American tradition. When the Union was founded, the overriding fear of Americans was that the new government might become a threat to their freedom, and the framers of the Constitution were hard put to allay this fear. Now it is held that freedom is a gift from government in return for subservience. The reversal has been accomplished by a neat trick in semantics. The word "democracy" is the key to this trick. When one looks for a definition of this word, one finds that it is not a form of government but rather the rule by "social attitudes." But what is a "social attitude"? Putting aside the wordy explanations of this slippery concept, it turns out to be in practice good old majoritarianism; what 51 per cent of the people deem right is right, and the minority is perforce wrong. It is the General Will fiction under a new name. There is no place in this concept for the doctrine of inherent rights; the only right left to the minority, particularly the minority of one, is conformity with the dominant "social attitude."

If "we are the government," then it follows that the man who finds himself in jail must blame himself for putting himself there, and the man who takes all the tax deductions the law allows is really cheating himself. While this may seem to be a farfetched reductio ad absurdum, the fact is that many an armed-services conscript consoles himself with that kind of logic. This country was largely populated by escapees from conscription — called "czarism" a generation or two ago and held to be the lowest form of involuntary servitude. Now it has come to pass that a conscript army is in fact a "democratic" army, composed of men who have made adjustment with the "social attitude" of the times. So does the run-of-the-mill draftee console himself when compelled to interrupt his dream of a career. Acceptance of compulsory military service has reached the point of unconscious resignation of personality. The individual, as individual, simply does not exist; he is of the mass.

This is the fulfillment of statism. It is a state of mind that does not recognize any ego but that of the collective. For analogy, one must go to the pagan practice of human sacrifice: when the gods called for it, when the medicine man so insisted, as a condition for prospering the clan, it was incumbent on the individual to throw himself into the sacrificial fire. In point of fact, statism is a form of paganism, for it is worship of an idol, something made by man. Its base is pure dogma. Like all dogmas this one is subject to interpretations and rationales, each with its coterie of devotees. But, whether one calls oneself a Communist, socialist, New Dealer, or just plain "democrat," one begins with the premise that the individual is of consequence only as a servant of the mass idol. Its will be done.

It is an odd circumstance of history that the questing spirit is never obliterated or completely submerged. Social and political pressures may compel the intellectually curious to put on an appearance of conformity — since one must live in one's environment — but actual conformity is impossible for a mind of that kind. It must ask "why," even of itself. And sometimes it is hardy enough to suggest an inadequacy in the prevailing pattern of thought and to speak out against it. Even in this 20th century there are those who hold, perhaps only in the privacy of their personality, that collectivism is erroneous and mischievous and will come to no good end. There are nonconformists who reject the Hegelian notion that "the State incarnates the Divine Idea on earth." There are some who firmly maintain that only man is made in the image of God, that the State is a false idol. They are in the minority, to be sure, as they have been throughout history; they are the "remnant" to whom Isaiah is instructed to carry the message. Perhaps these will find this inquiry into the economics of Society, Government, and the State of some interest; it was written for them.

This article is excerpted from the introduction to The Rise and Fall of Society, available in hardcover, paperback, PDF, and ePub.

Frank Chodorov was an advocate of the free market, individualism, and peace. He began as a supporter of Henry George and edited the Georgist paper the Freeman before founding his own journal, which became the influential Human Events. He later founded another version of the Freeman for the Foundation for Economic Education and lectured at the Freedom School in Colorado.