GET NEWS AND ARTICLES IN YOUR INBOXPrint
A
A
Home | Mises Library | By the Way, Free Markets Are Free

By the Way, Free Markets Are Free 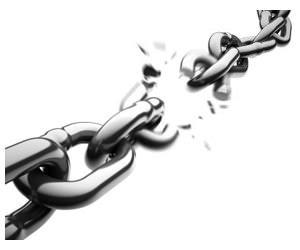 Having failed to learn what causes depressions and how to treat them when they arrive, our nation's leaders are steering us straight into a monetary catastrophe. Predictably, the major media voices are clinging to the assurances of Keynesians, who see new wads of debt and paper money and conclude that the good times are ready to roll again; don't pay any heed to the millions still looking for work.

The free-lunch Keynesians even tell us how we got into the crisis and what saved us. Paul Krugman speaks for many when he blames market deregulation for the meltdown and hails the Fed's printing press as our savior.

What does this mean? It means we can laugh at rumors that the Fed's cheap credit brought on the crisis. We can laugh even harder at the claim that Fed monetary pumping will ensure an even greater disaster down the road. And we can save our biggest laughs for that lucky guesser, Peter Schiff, whose knowledgeable detractors laughed at him in 2006 when he predicted the current meltdown.

For many, it was the government's tinkering with Glass-Steagall that gave investors a free hand to commit evil — by allowing greedy mouths to gorge themselves to the brink of self-destruction. Because those mouths were so big, our leaders had no choice but to fleece taxpayers and dollar-holders to save them. Once again, we were told, freedom in economics became a recipe for disaster.

Sorry, state lovers, but rigging regulations to create a stupendous moral hazard does not reflect the "influence of free-market ideology," as Krugman claims. Regulations are interventions, and interventions are that seemingly benign collection of stepping-stones from capitalism to socialism. The current economic debacle is overwhelmingly a crisis of government meddling, not free markets.

A Regulated Economy without State Coercion?

A free economy is one that is — how to say this? — free. It is free of cronyism, favoritism, handout-ism, protectionism, or anything else that amounts to using the state as a means of living at the expense of others. If paupers or billionaires need help, they're required to get it without picking the pockets of others.

In a free economy the only role for force is the enforcement of property rights. Using force for other means is a violation of the natural freedom of individuals. This is what classical liberals meant by laissez-faire. A free-market ideology is one that calls for a free market, not the massaging of one or two regulations out of a constellation of a million.

But don't markets need regulating? Of course. Markets in which the government hasn't turned criminal regulate themselves without violating anyone's rights. If a bank insists on practicing fractional-reserve lending, for example, and finds itself unable to meet depositor demands, it files for bankruptcy, not a bailout. The free bank is thereby discouraged from creating multiple claims to the same dollar. It cannot ask for a loan from its friendly central banker because it doesn't have one.

A central bank such as the federal reserve could not exist in a free market. Central banking requires a monopoly of note issue, and monopolies — as grants of privilege — require the enforcing arm of government. Through bank competition and the threat of runs, a free market limits the tendency of bankers to practice fractional-reserve lending, which is the root of the business cycle.

The idea that central banks are independent from the governments that gave them life is a bad joke. Through their purchase of government debt obligations, central banks provide a convenient way for politicians to spend wildly on their pet projects — whether it's welfare for seniors or wars overseas — without having to raise taxes.

The hidden tax of bank inflation is perfectly suited to their ends. It gives the impression that government is an endless source of largess, while shifting the blame for crises and everyday higher prices onto governments' favorite whipping boys, speculators and business people. By depreciating the currency, bank inflation quietly takes wealth from our pockets and gives it to those in on the racket.

The very existence of a fiat-paper money like federal reserve notes precludes the possibility of a free market. "In no period of human history has paper money spontaneously emerged on a free market," Jörg Guido Hülsmann writes in The Ethics of Money Production.

Whenever governments issue the stuff, they of necessity impose a "legal obligation for each citizen to accept it as legal tender." At one point, paper money certificates were "backed" by a certain weight of gold or silver. But with widespread indifference to monetary issues, it proved easy for governments to blame crises on the commodity backing rather than the inflation of the notes. Governments outlawed the use of gold and silver as money so they could inflate with minimal restraint.

Paper money, in short, is not a market phenomenon; it comes into use only when the police power of the state forces us to accept it.

Austrians on the Rise

Writing recently in Foreign Affairs, Harvard historian and bestselling author Niall Ferguson noted that the current crisis has made certain dead economists look good, others not so good.

Though superficially this crisis seems like a defeat for Smith, Hayek, and Friedman, and a victory for Marx, Keynes, and Polanyi, that might well turn out to be wrong. Far from having been caused by unregulated free markets, this crisis may have been caused by distortions of the market from ill-advised government actions: explicit and implicit guarantees to supersized banks, inappropriate empowerment of rating agencies, disastrously loose monetary policy, bad regulation of big insurers, systematic encouragement of reckless mortgage lending — not to mention distortions of currency markets by central bank intervention.

The Austrians, in Ferguson's view, were "the biggest winners, among economists at least," because they "saw credit-propelled asset bubbles as the biggest threat to the stability of capitalism."

According to Austrian economics, we need to rein in the central bank. But what does our 2008 Nobel-prize-winning economist say about bubbles? In a New York Times editorial of August 2, 2002, Krugman wrote,

To fight this recession the Fed needs more than a snapback; it needs soaring household spending to offset moribund business investment. And to do that, as Paul McCulley of Pimco put it, Alan Greenspan needs to create a housing bubble to replace the Nasdaq bubble.

On the other hand, Ron Paul, on September 10, 2003, addressed the House Financial Services Committee on the moral hazard of the federal government's policy of providing special privileges to the GSEs, Fanny Mae and Freddie Mac, and the growing credit bubble in housing:

Like all artificially-created bubbles, the boom in housing prices cannot last forever. When housing prices fall, homeowners will experience difficulty as their equity is wiped out. Furthermore, the holders of the mortgage debt will also have a loss. These losses will be greater than they would have otherwise been had government policy not actively encouraged over-investment in housing. 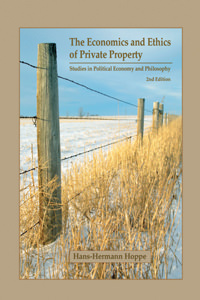 Paul warned about the danger of bubbles while Krugman was campaigning for their creation. Paul, an adherent of the Austrian School, believes there is no such thing as a free lunch. Krugman, the quintessential Keynesian, argues that there is, at least in a depression. He also says that "if politicians refuse to learn from the history of the recent financial crisis, they will condemn all of us to repeat it."

But if it's history's lessons we should imbibe, why have politicians and their pundits ignored the lessons of the 1920–1921 recession? Let me guess: maybe letting the market fix what government broke isn't an option they can bring themselves to embrace, even if it's the only way out.

George Ford Smith is a former mainframe and PC programmer and technology instructor and the author of eight books and welcomes speaking engagements.